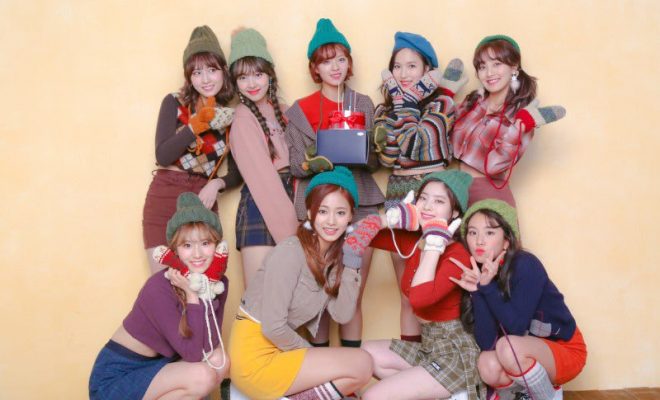 Congratulations to Jihyo, Nayeon, Jeongyeon, Momo, Sana, Mina, Dahyun, Chaeyoung, and Tzuyu for achieving another milestone on the YouTube platform! 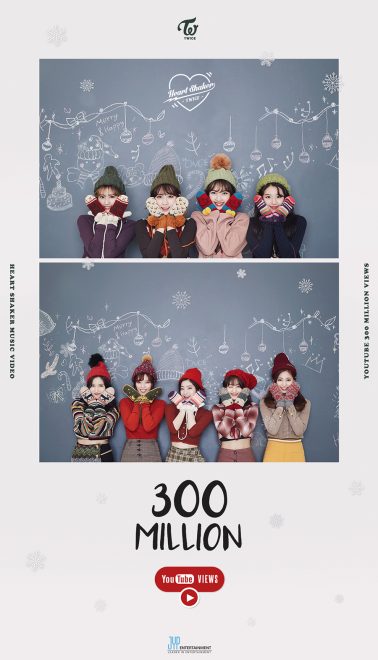 Earlier this week, the K-Pop nonet’s music video for their well-loved track ”Heart Shaker” has officially reached the 300-million mark on YouTube.

Jihyo, Nayeon, Jeongyeon, Momo, Sana, Mina, Dahyun, Chaeyoung, and Tzuyu have released the said track on December 11, 2017. In addition, they dropped it as the lead single of their Christmas-inspired studio album Merry & Happy. Notably, the girl group was able to achieve the impressive YouTube milestone in less than two years after its successful worldwide release.

Moreover, “Heart Shaker” becomes TWICE’s sixth music video to join the 300-million club on YouTube. Other tracks of the girls that likewise reached the said massive amount of views included “Cheer Up”, “TT”, “Like OHH-AHH”, “Likey”, and “What is Love?

READ: TWICE Records 5th MV To Surpass 300 Million Views On YouTube With “What Is Love?”

Celebrate the girls’ latest YouTube milestone by hyping yourselves with their captivating music video for “Heart Shaker” below:

SEE ALSO: EXCLUSIVE: TWICE’s “Heart Shaker” And “Yes Or Yes” Songwriter David Amber Talks About Working With Some Of K-Pop’s Top Groups, His New Song With Wengie, And More

We need your support! If you have enjoyed our work, consider to support us with a one-time or recurring donation from as low as $5 to keep our site going! Donate securely below via Stripe, Paypal, Apple Pay or Google Wallet.
FacebookTwitter
SubscribeGoogleWhatsappPinterestDiggRedditStumbleuponVkWeiboPocketTumblrMailMeneameOdnoklassniki
Related Items#HeartShakerTWICETWICE Heart ShakerTWICE YouTube트와이스
← Previous Story BTS, EXO, & ASTRO Named As Leading K-Pop Boy Groups In December Brand Rankings
Next Story → BTS’ Suga Reveals Fascinating Story About His Collaboration With Halsey For “SUGA’s Interlude”