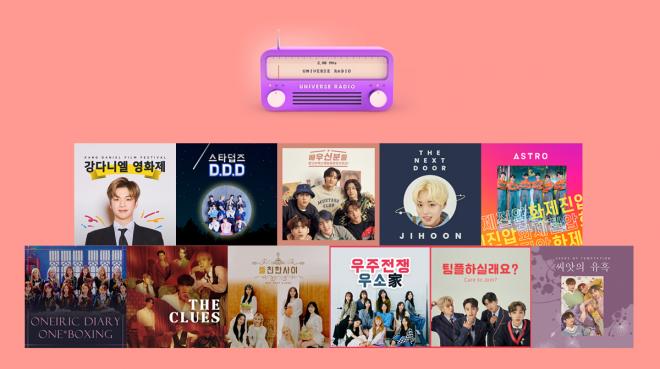 UNIVERSE Launches Its Original Radio Programs For All Platform Artists 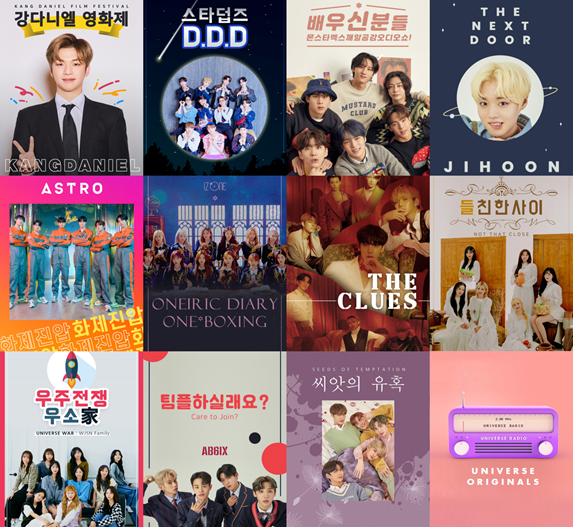 Firstly, the film-loving idol Kang Daniel will present a “Kang Daniel Film Festival” monthly, delivering new movie stories to fans. THE BOYZ will speak about missions they played during “STAR THE BOYZ D.D.D.”, while MONSTA X acts as a group of learners who experience different situational plays. Meanwhile, Park Jihoon will have a boy-next-door theme, and ASTRO will have the concept of “fighting talk”.

Girl-group IZ*ONE will deliver the ASMR readings of fairy tales, while ATEEZ will provide a thrilling mystery quiz show. (G)I-DLE will discuss friendship, while WJSN intrigues with “Universe War”. AB6IX will solve various tasks with their fans during “Care to Join?”. Lastly, CIX will create a digital novel in “Temptation of Seeds”, discussing their daily lives.

In total, 11 platform artists join the UNIVERSE radio series with a variety of fun concepts, communicating with fans. Additionally, you can enjoy an in-depth look into the radio concepts and hear short snippets through the FNS section on the app. Fans can send requests for more radio stories through the FNS hashtag #RADIO_STORY within the app.