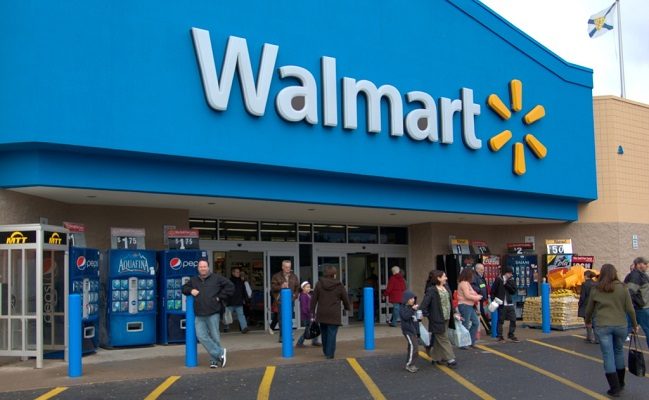 By Adrian | May 6, 2018
FacebookTwitter
SubscribeGoogleWhatsappPinterestDiggRedditStumbleuponVkWeiboPocketTumblrMailMeneameOdnoklassniki

In alternative words, this is how K-pop is spreading fast in the US. Now, at least more shoppers in that Walmart will know who GFriend is.

Estelle Martin of Buffalo, New York, became the latest internet sensation yet again after randomly danced to GFriend’s latest release “Time For The Moon Night” in the electronics department of the Walmart. She previously danced to Gfriend’s “Navillera” in Walmart.

In the video uploaded onto her Instagram on Wednesday, she is seen dancing every beat of the song with perfection. She also astonishingly revealed she learned the part for only 30 minutes.

She wrote, “I haven’t listened to the song until today and I learned the chorus for 30 minutes and kept my motivation up and I’m proud of myself!”

Gfriend – Time for Moon Night (Public Dance Cover) – Gfriend dances in Wal-mart strikes again ? I opened everyone’s messages on what song I should do next and almost every one was “GFRIEND TIME FOR MOON NIGHT” and let me be honest, I haven’t listened to the song until today and I learned the chorus for 30 minutes and kept my motivation up and I’m proud of myself! – So I’ll just let this marinate for a bit, this Song makes me feel so nostalgic as well. Or it has that anime intro or outro mood to it. Idk that’s just me lol – Special thanks to my friend @misskazumiscosplay for recording the 4+ takes of me messing up – #Gfriend #Kpopdance #Dance #Kpop #Kpopdancecover #Publicdancecover

Expectedly, it didn’t take long for the internet to learn of Estelle Martin’s dance video:

Walmart Gfriend Navillera Girl is back at Walmart and this time she’s going off to Time For The Moon Night. Slay sis! ?? pic.twitter.com/sig0HO1Wra

Finally, who can blame Whethan for questioning if Walmart is the new soundcloud?

maybe walmart is the new soundcloud