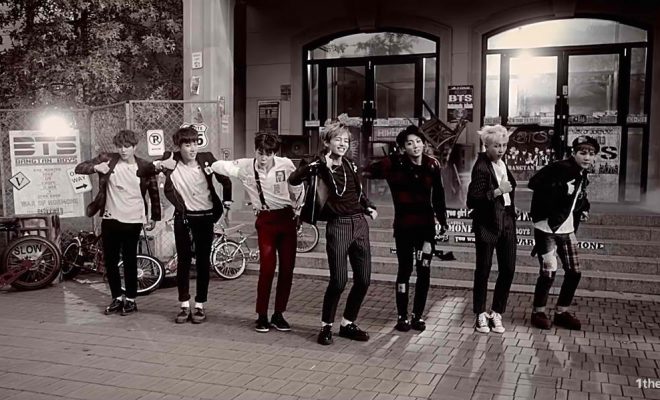 Another track from BTS has achieved a new milestone on the YouTube platform!

South Korean boy group BTS continues to showcase their amazing global power as they add yet again another YouTube feat. 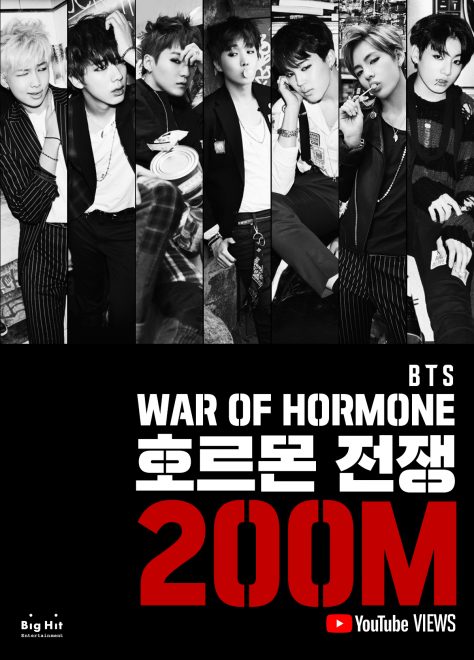 In the morning of August 18, the music video of the band’s 2014 hit track “War Of Hormone” has successfully reached the 200-million mark on YouTube.

Specifically, the K-Pop septet was able to achieve the record in over four years, nine months, and 27 days after its successful release. 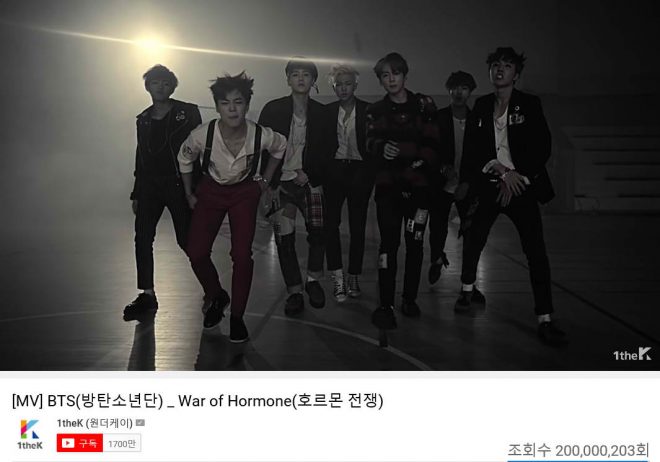 Meanwhile, BTS is currently taking their much-needed break after a breathless year-long world tour. The boys are set to continue their Love Yourself: Speak Yourself world tour on October 11, with their first-ever Saudi Arabia show at King Fahd International Stadium. Moreover, they will soon wrap up their tour with three-day encore concerts in Seoul’s Olympic Park on October 26, 27, and 29.

We need your support! If you have enjoyed our work, consider to support us with a one-time or recurring donation from as low as US$5 to keep our site going! Donate securely below via Stripe, Paypal, Apple Pay or Google Wallet.
FacebookTwitter
SubscribeGoogleWhatsappPinterestDiggRedditStumbleuponVkWeiboPocketTumblrMailMeneameOdnoklassniki
Related ItemsBTSWar of Hormone
← Previous Story VIXX’s Ravi To Bring “Nirvana” With Upcoming Solo Mixtape
Next Story → The Centre Pompidou Offers Possible Collaboration With BTS In France