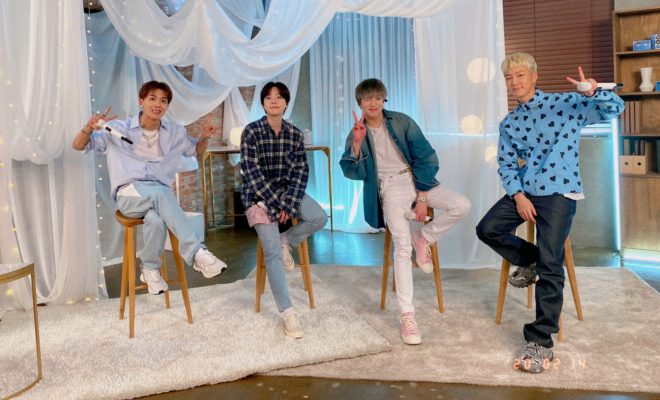 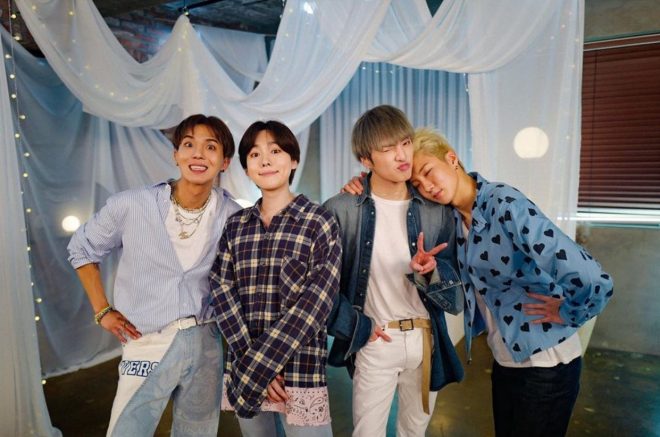 Originally scheduled to wrap up their Cross Tour concert series in Seoul on February 14 and 15, the boys unfortunately had to cancel their two-day party due to the ongoing health threat.

To comfort fans, Seung Yoon, Jin Woo, Seung Hoon, and Mino took time on Valentine’s day to be with their Inner Circles. During the broadcast, the idols first talked about the preparations they had made for their encore concerts.

Though couldn’t treat fans with amazing closing shows in Seoul, the group still happily gave a delightful party online. With almost one million viewers, the group gifted fans by serenading them with four of their hit songs. They also covered BLACKPINK’s well-loved track “DDU-DU-DDU-DU”, and “Tala” by Filipino Popstar Sarah Geronimo. 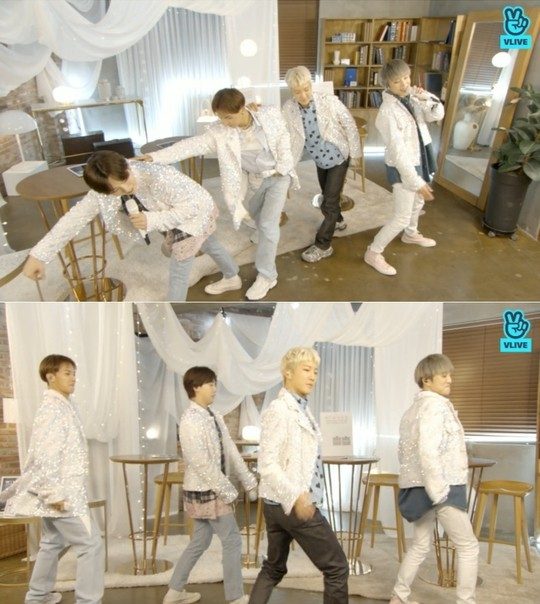 Continuously receiving love from fans around the world, the quartet also expressed their gratitude to everyone. “We got a lot of support from fans and felt healing while we were performing on tour,” Jin Woo, the group’s eldest member said.

Aiming to treat Inner Circles through their music, Seung Hoon added, “Whenever we’re working on an album, I always want to show fans a good performance.”

Meanwhile, fans should stay tuned to the upcoming news as YG Entertainment recently confirmed that WINNER will gear up for their comeback very soon!