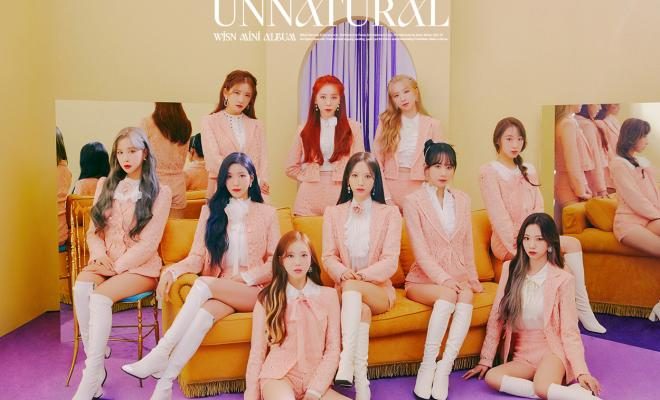 WJSN Touches Hearts In A Special Video For “Rewind”

WJSN looks angelic in their surprise video for the b-side track “Rewind”.

WJSN dropped a special clip of one of its side numbers from the group’s latest mini-album UNNATURAL. “Rewind”, also known by its literal translation “Don’t Forget (My Universe)”, will captivate the eyes and ears of viewers through the members’ delicate performance.

The video was released on the official YouTube and Naver V Live channels, drawing attention from fans. “Rewind/Don’t Forget (My Universe)” is a lyrical pop ballad song that reveals the group’s strong points.

In the clip, the WJSN members showcase their clear tones and appealing vocals, delivering a warm feeling to the viewers. The track captured the group’s sentimental and lyrical colors, giving off a different charm in comparison to the title track “UNNATURAL”, which focuses on a more mature and deeper atmosphere.

WJSN made its comeback with the mini-album UNNATURAL on March 31. With a variety of six tracks, the artists once again delivered quality work for everyone who enjoys their music. This was the group’s first comeback since Neverland, making it a highly anticipated one.

The idols topped SBS MTV’s The Show during their first performance on the music broadcast after their return, proving their popularity. In addition, Hanteo chart recorded more than 60,000 initial sales for the first week of the album’s release, revealing hot responses from the public.