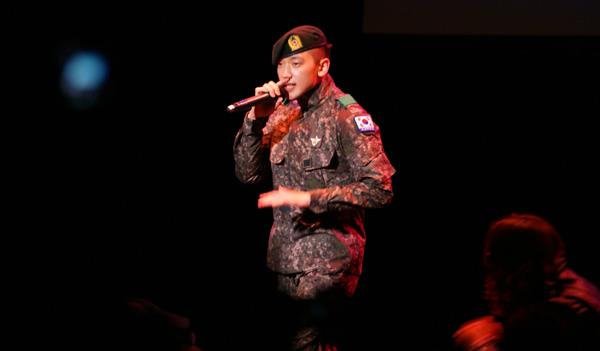 On Wednesday, May 8, to the delight of his United States fans, world star Rain made a brief appearance at the Arirang Unfinished War World Peace Festival, in Washington D.C.

Jung Ji-Hoon (Rain) who is currently finishing up the last months of his mandatory military service in the Republic of Korea Army, traveled to the U.S. as part of a special envoy attached to South Korean President Park Geun-Hye‘s first official visit.  The event, organized by The Korean Informational Society and sponsored by Korea’s Department of Defense, was held in conjunction with the presidential meeting and served as an expression of South Korea’s appreciation to the 300,000+ international soldiers who aided South Korean forces during The Korean War.  The event took place at the Warner Theater and included a variety of speakers, musical performers and a fashion show of Korean traditional dress (Hanbok).

Rain’s performance served as the finale of the event.  Also making an appearance as the event’s Master of Ceremonies was Sang-chu, from the Korean Hip-Hop group Mighty Mouth.  Sang-chu is also currently completing his own military service in the ROK Army.  Both soldiers are serving as Public Relations Agents for the ROK Army’s Defense Media Agency.  Others performers included guitarist Bae Jang Heum and violinist Ban Sun Kyung.

Rain, who is also serving as Honorary Military Ambassador, is scheduled to be released from the army in July. 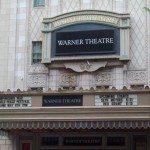 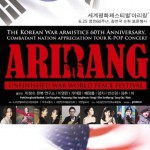 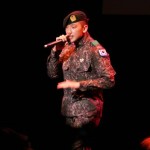 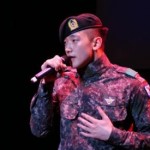 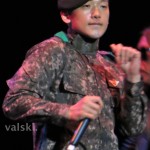 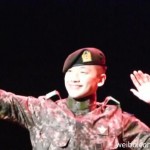 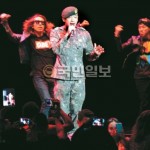 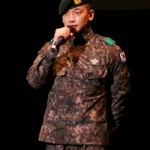 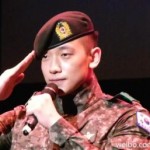 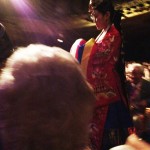 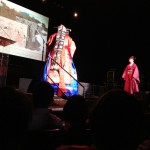 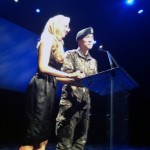 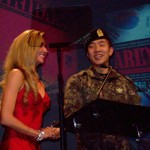 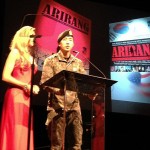