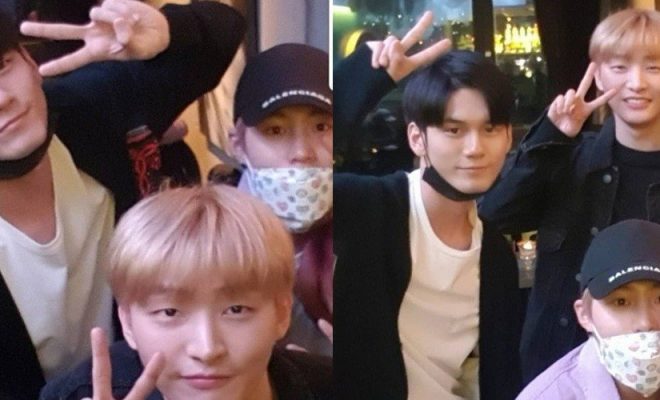 By Yann | May 9, 2019
FacebookTwitter
SubscribeGoogleWhatsappPinterestDiggRedditStumbleuponVkWeiboPocketTumblrMailMeneameOdnoklassniki

Wanna One might not be promoting as a group anymore – but the “Wanna Bond” continues to remain strong!

Former Wanna One members Yoon Ji Sung, Ha Sung Woon, and Ong Seong Wu threw fans into a rollercoaster of emotions on May 9. 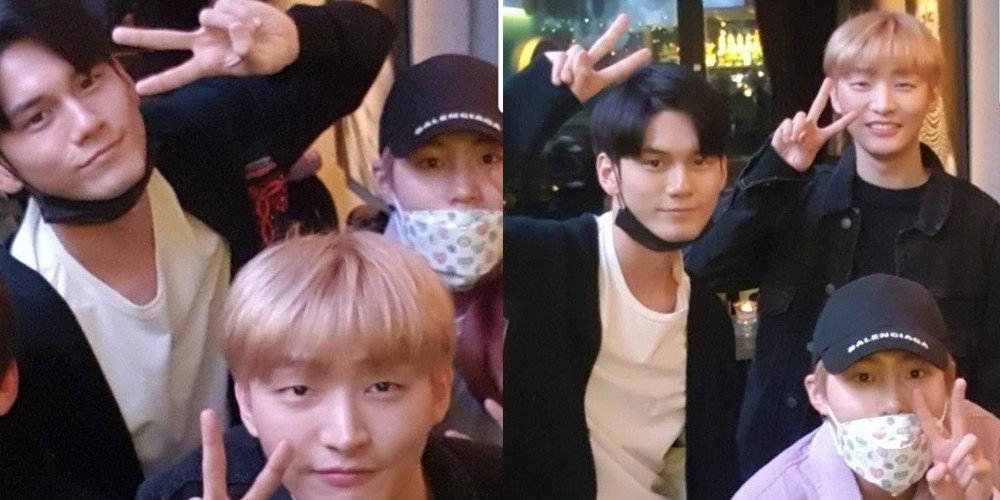 With just one post on his Instagram account, TV personality Hong Suk Chun sent Wannables all around the world crying and smiling at the same time. Having one of his restaurants – named My Sky – as the background, he shared a recent selfie taken by former Wanna One members Yoon Ji Sung, Ha Sung Woon, and Ong Seong Wu in what seemed to be a mini-reunion of the group’s hyung line.

READ: Yoon Ji Sung Talks About His Supportive Ex-Wanna One Members And Other Things That Made Him Cry

In the caption, Hong Suk Chun wrote, “Very cool young guys. Wanna One’s Ji Sung will be enlisting in the army next week. Ji Sung, you’re so blessed with good people like these two dongsaengs who came running even at such short notice. Return just the way you are after completing your military service well. Dinner is on me today. I’m buying when you’re out on vacation, too.”

The three singers looked closer than ever in the two photographs taken as they gathered for a meal together. The dinner, which seemed to be prepared by Suk Chun for Ji Sung whose impending military enlistment schedule on May 14, edges nearer somewhat served as a mini Wanna One reunion, which touched a lot of fans’ hearts.

Following the photo’s release, rumors of other members Kim Jae Hwan and NUEST’s Hwang Min Hyun also joining the three for the dinner also made rounds among fans on the Internet. This rumor was heightened even more by two people obviously being cropped from the photos posted.