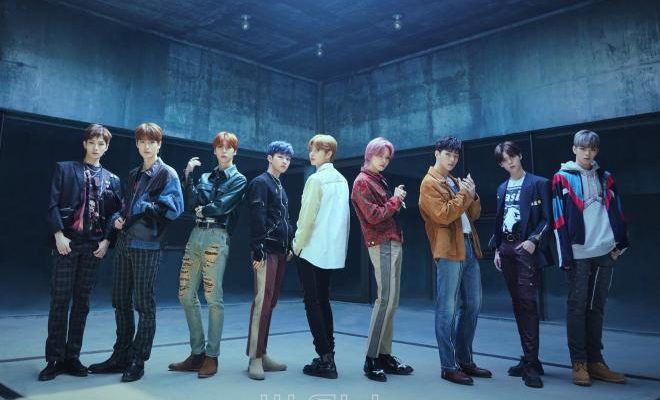 GHOST9 Talks About Their High-Speed Comeback and 2nd Mini Album

In an exclusive written interview with Osen, GHOST9 shared their impressions about their second mini album and more!

GHOST9 debuted in September with PRE EPISODE 1: DOOR and threw a determined appearance in the music industry. At that time, they became the first K-pop artist to set up a stage at the landmark 63 building in Seoul. 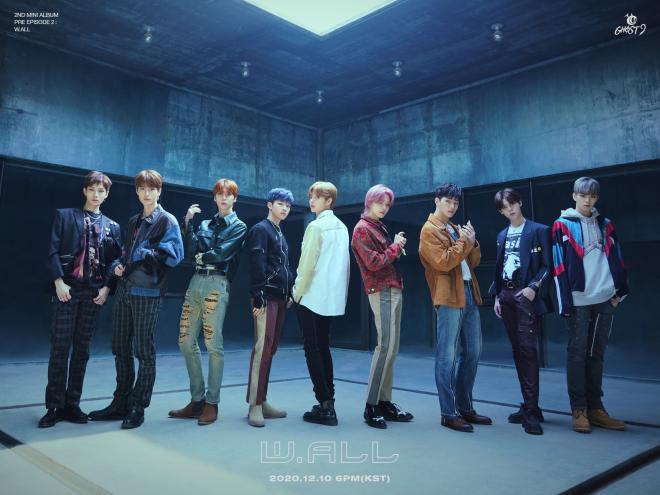 As they made their first comeback — three months after their debut song “Think of Dawn” — GHOST9 shared everything, from their new title song and album, as well as their true feelings after having their dream debut.

“It was a very exciting and rewarding experience, but at the same time, it is unfortunate that we are not able to meet fans in person.” Hwang Dongjun stated. He said to their fans, “To all the fans who have been waiting for us, I want to meet you all as soon as possible.” 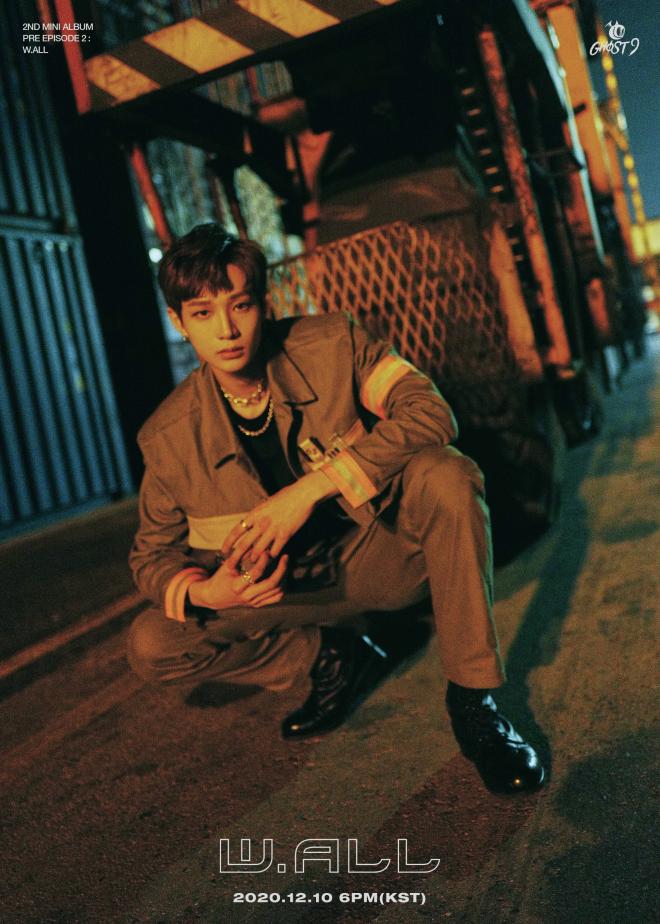 Earlier, Lee Woojin, Lee Jinwoo, and Lee Taeseung debuted in a unit group by releasing VERY, ON TOP in September last year. One year after, they made their second debut as the official member of the group GHOST9.

When asked if the TEEN TEEN debut experience helped the members, Lee Woojin said, “Our concept has changed a lot. It’s good that we are not going to be bored because we have been three and then became nine. It was helpful not only to me but to other members as well.”

He added, “My family always liked and supported me, and my friends cheered for me to try harder while being curious as I made my second debut.”

In addition, Lee Jinwoo said, “I thought that I would like to make a formal debut with all of my hyungs quickly when I was active in TEEN TEEN, but I’m so happy to be able to make my debut with all nine people. I will try to work harder.” he said humbly. 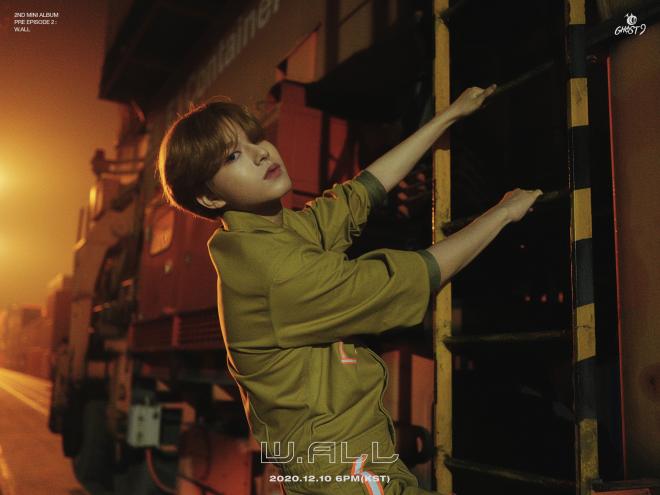 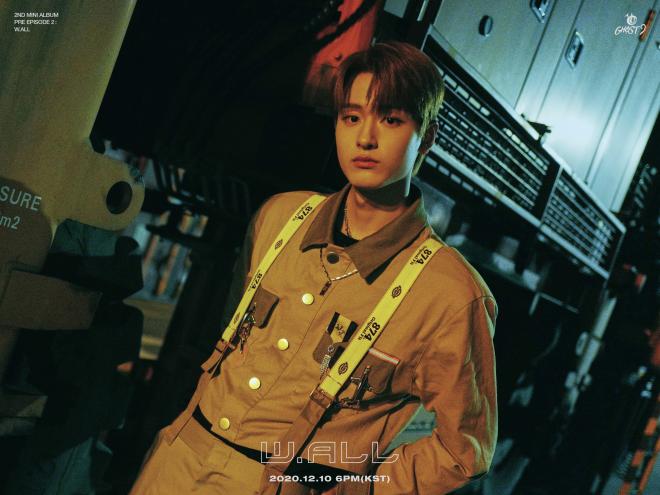 When asked about the difference before and after the debut, Shin replied, “Since we debuted, I made a lot of attempts and efforts to develop myself more than before, and I felt that the interest and love received from the fans was so great, which I am grateful for.

Following this, Lee Taeseung cited the fan signing event as the most memorable moment after his debut. “It was regrettable that the fans could not come to the music broadcast, but it was best to have a fan signing event online for now and communicate with the fans and talk face to face if the situation allows.” 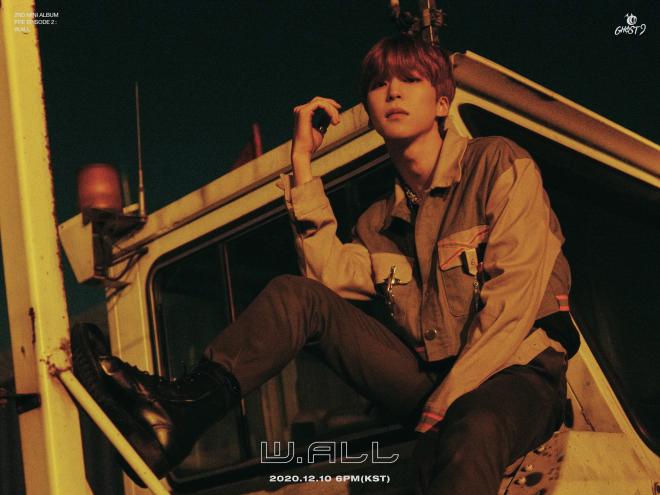 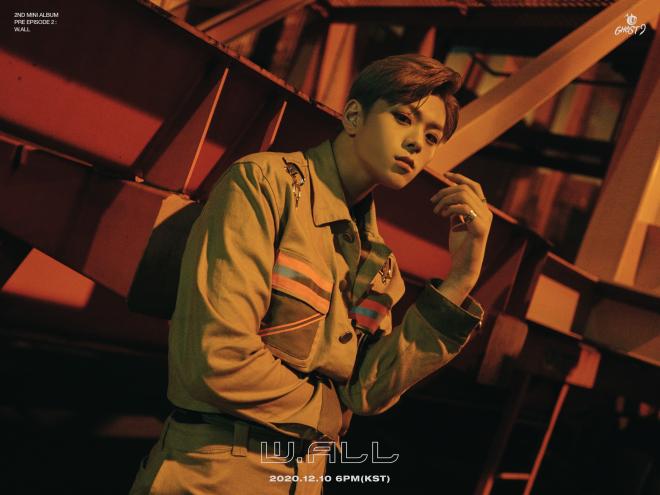 GHOST9 has ranked #1 on the Thailand iTunes Top Album Chart with their debut album PRE EPISODE 1: DOOR, while their debut song “Think of Dawn” charted in iTunes in France, Germany, and UK. It was loved overseas as well, ranking first, second, and third on the charts, respectively.

In response to their achievements, Prince said, “I wasn’t expecting that at all, but I’m curious and grateful that you gave us such a good response and attention.” 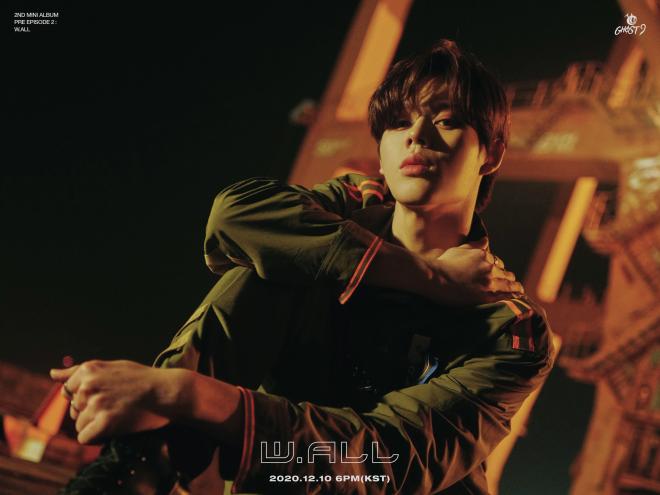 In particular, as many rookie groups, including GHOST9 this year, had announced their debut and was asked about their strengths.

Son Junhyung said, “We do not only have the vast worldview, but also nine different charms that are united together. Synergy is our greatest strength. I think that’s why our teamwork stands out. We are going to show more reversal charms that are different from those on the stage, so please look forward to it.” 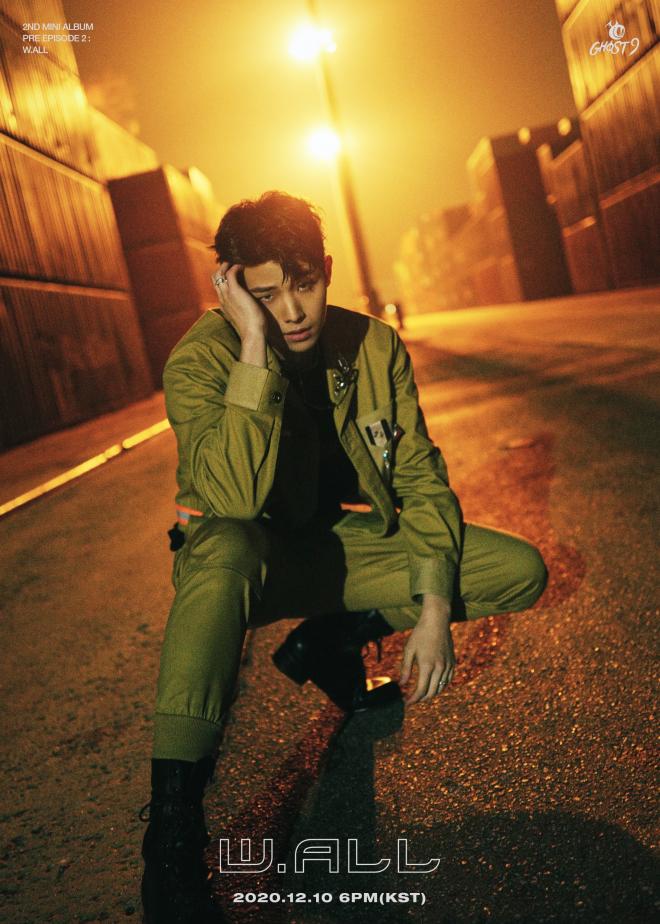 Lee Jinwoo said, “We worked hard to show the charm of GHOST9 to fans and the public in a short period of time. Please look forward to it a lot and we hope you receive it well.”

Talking about their new album, Son Junhyung said, “Our new album is connected to the previous work in the story-like. It started when we opened the door and met in a new world. It follows with the ambition of going over that wall by looking at the barrier in front of you when you come out of the door.”

Following this, Lee Shin explained, “We tried to put more messages in the three-minute song to show a different charm and appearance from the debut album. We also made a lot of new attempts in the character part.”

He followed, “We paid a lot of attention to it, but at the same time, we tried to give it a lot of sense of coherence and solidity, using variously wide and narrow lines of movement while feeling magnificent and tough.” 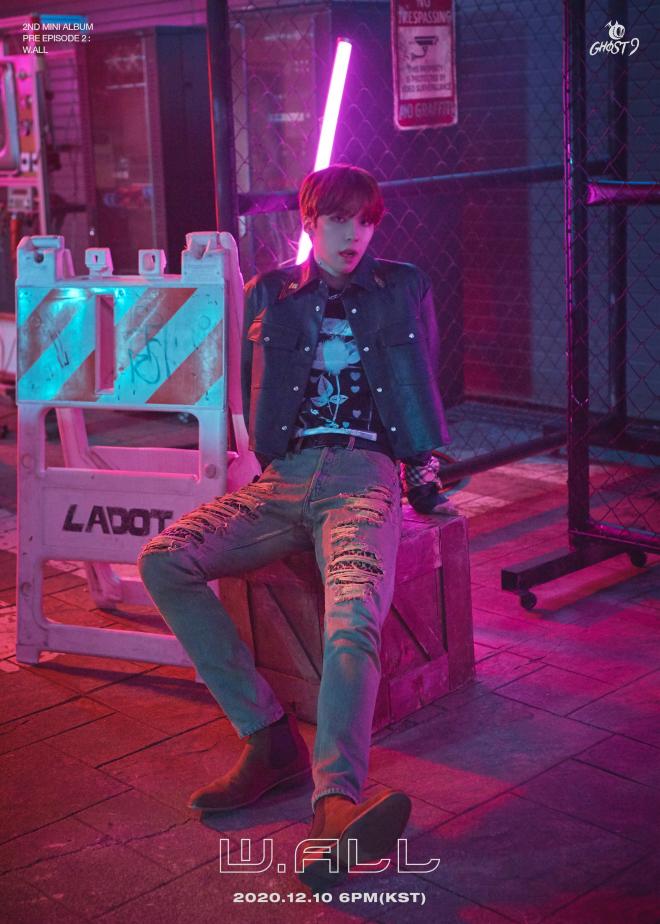 The title song “W.ALL” is a pop dance song composed of hip-hop and EDM, expressing the strong ambition of becoming a guardian who protects, by becoming a wall, that was expressed through GHOST9’s powerful performance.

When asked about the difference between their debut song “Think of Dawn”, Lee Kangsung said, “I think both songs are powerful and strong, but the grain of strength is a little different. “Think of Dawn” has a strong and heavy beat, but “W.ALL” is impressive. It is a little more trendy and has a clearer, more delicate feeling.” 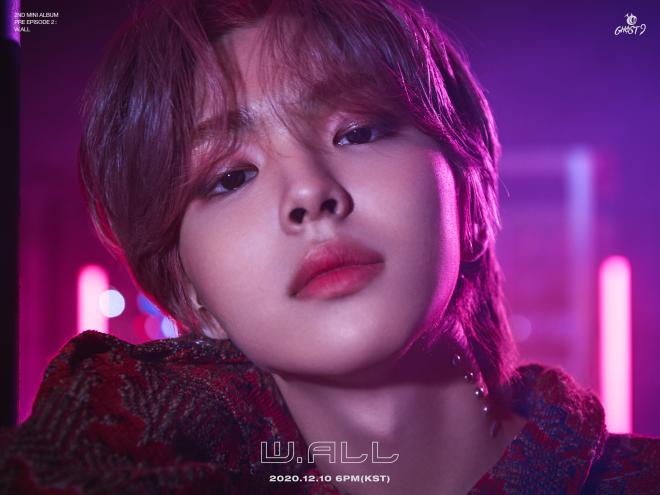 In the music video teaser video of the new song “W.ALL” released earlier, the members showed a splendid group dance, and has attracted attention through a more powerful performance.”

The members said, “The dance break has a more rhythmic and flexible feeling, unlike the last title song, so it would be fun to compare the two songs. We paid a lot of attention to the energy level and timing.” 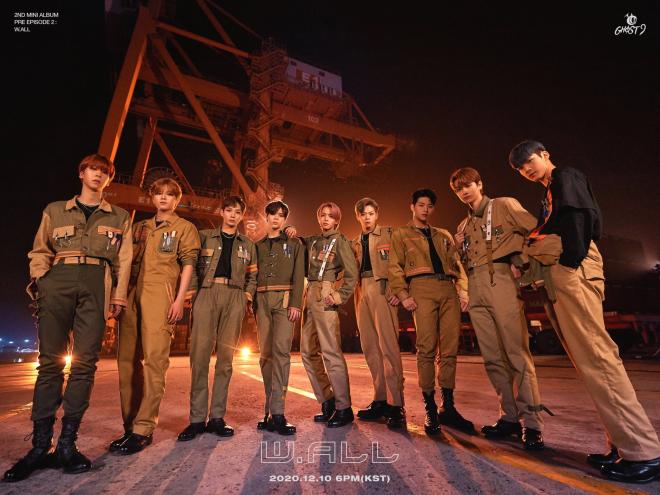 In particular, Lee Kang sung and Choi Junseong are about to turn 20 soon after completing the recent CSAT. Lee Kang sung said, “I’m 20 now, but I’m still very young and I think I have a lot to learn. I’m an adult, but I haven’t thought about what I want to do, and I feel like I’m just a 4th grader in high school.”

Choi Junseong also said, “I can’t imagine becoming an adult outside of being a student. But I want to show off to my younger sister that I’ve become an adult.” 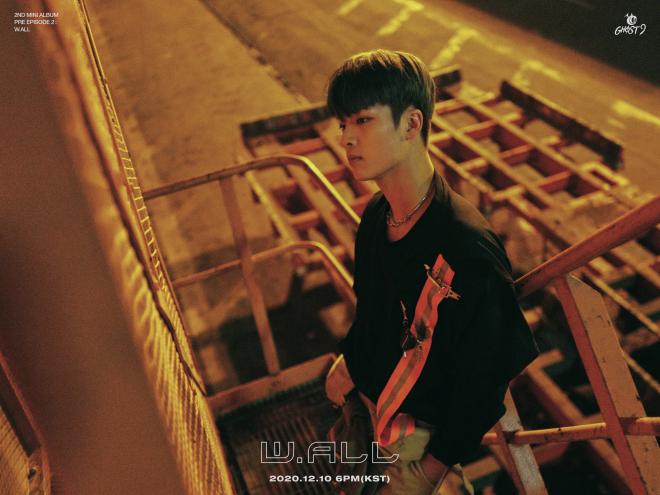 In addition, Lee Jinwoo, who chose Stray Kids as a role model, explained, “I saw the seniors directly through the music broadcast and saw the stage more interestedly, but I always feel that their stage immersion is great and cool, so I try to resemble it.”

Finally, when asked about the goal of this activity, Choi Junseong said, “We want to hear from fans and the public that we had improved more than in our first mini album. My biggest goal is to be recognized as a singer.” 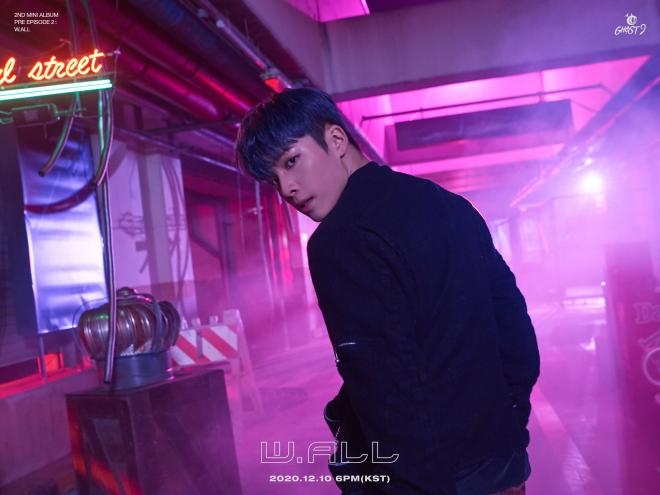 Lastly, GHOST9 expressed, “There are a lot of things we want to challenge, but the biggest goal is to practice hard and work hard to stand at a concert. We are always practicing hard while trying to imagine that moment.”

Meanwhile, their second mini album PRE EPISODE 2: W.ALL will be released today, December 10, at 6 PM KST on various music sites. They will unveil new songs from the album live on Mnet GHOST9 SHOWCASE [W.ALL] IN BUSAN at 8 PM KST.