Moon Sujin, formerly known as MOON, first made her debut with the company Million Market in October 2018 with her first digital single titled, “Million”. While still early into her career since her emergence on the K-music scene, Moon Sujin created and met high industry demand.

As a featuring artist on tracks with big names such as Chancellor, BIBI, EXO, and more, Moon Sujin established an impressive discography that many can only hope to achieve so near to their debut.

Enchanting listeners with her husky vocals and powerful high notes, Moon Sujin received attention as an emerging soloist with talent in abundance. Since then, the talented singer, rapper, and composer recently participated in the hit competition series, Superband 2, and released a single featuring NCT’s Taeil.

The artist continues to make waves with her collaborations and solo tracks. As she gears up for her new single release and works hard to prepare her first-ever EP, the soloist spoke to Hellokpop about her personal sound, her upcoming track, and more!

Hellokpop (HKP): Hello, Moon Sujin! Thank you so much for sharing your time with Hellokpop for this interview. Firstly, can you please introduce yourself to readers?

HKP: You’re truly a powerhouse vocalist–how did you first fall in love with singing? What made you want to pursue the path of becoming an artist as your career?

HKP: If you could give a piece of advice to your past self when you were working hard to become a singer, what would it be?

HKP: You have a distinct R&B sound in your personal discography. How did you form your personal sound as an artist and how did you decide that you wanted to release R&B music?

Moon Sujin: From when I was young I personally liked and sang many R&B genres, so I think I have reflected that color as a vocalist, but I don’t want to limit the genre of my own music to R&B, so I don’t define it. I think it would be more genre of pop.

HKP: Is there another genre of music that you’d like to further explore in the future?

Moon Sujin: I want to add my vocals to house music or techno.

HKP: What was your experience working with NCT’s TAEIL for your collaboration earlier this year on your song, “The Moon”? How did this collaboration come about and how did you decide that he was the artist you wanted to work with for this track?

Moon Sujin: It was such a meaningful and enjoyable experience. Since I was a fan of NCT, I wanted to work with a vocal member of NCT. While working on the track that month, I thought this was the opportunity, and I carefully discussed it with the company and suggested a collaboration.

Fortunately, they accepted my suggestion. As a result, that song called “The Moon” was born.

HKP: You are preparing to release a brand new single– what was the inspiration for the song? What message did you want to communicate with the song to your fans?

Moon Sujin: Because of the pandemic, I was not able meet to my fans through concerts. Nowadays fans usually listen to music at home due to the situation. Because of that, I tried to make music very sensual.

If I have pursued minimal music so far, this time I tried to give a new feeling different from the previous one by making various instruments and songs in a relatively maximal form and mixing fresh form.

HKP: You really highlighted your versatility during Superband 2, even delivering a country performance. Did you learn anything new about yourself as an artist during this experience?

Moon Sujin: First of all, I learned a lot of things about stage performance because I could experience the stage in a short time, and I learned a lot about the instruments through collaboration with various instrument players.

HKP: If you could collaborate with any artist in the upcoming year, who would you choose?

Moon Sujin: I enjoy listening to SG Lewis. I respect his musical color and producing ability. I really want to work with him on a collaboration.

HKP: What new sides of yourself as an artist would you like to share with fans this upcoming year?

Moon Sujin: I want to try many things that I haven’t tried before and enjoy the process with my fans. I want to show you various aspects of me visually and musically through my career. Please look forward to it.

HKP: What is a current goal that you would like to achieve during your career?

Moon Sujin: First of all, I’m working hard to release my first EP album. I think we’ll be able to show you more things than before.

HKP: Can you send a message of love to your supportive fans?

Moon Sujin: It’s so sad that I didn’t have many chances to meet my fans face to face after the pandemic, but I’ll come to you on a platform where I can meet you, with the hope that the situation we are faced with is getting better.

Thank you so much for always supporting me and I’m here because of you. Stay healthy and happy! 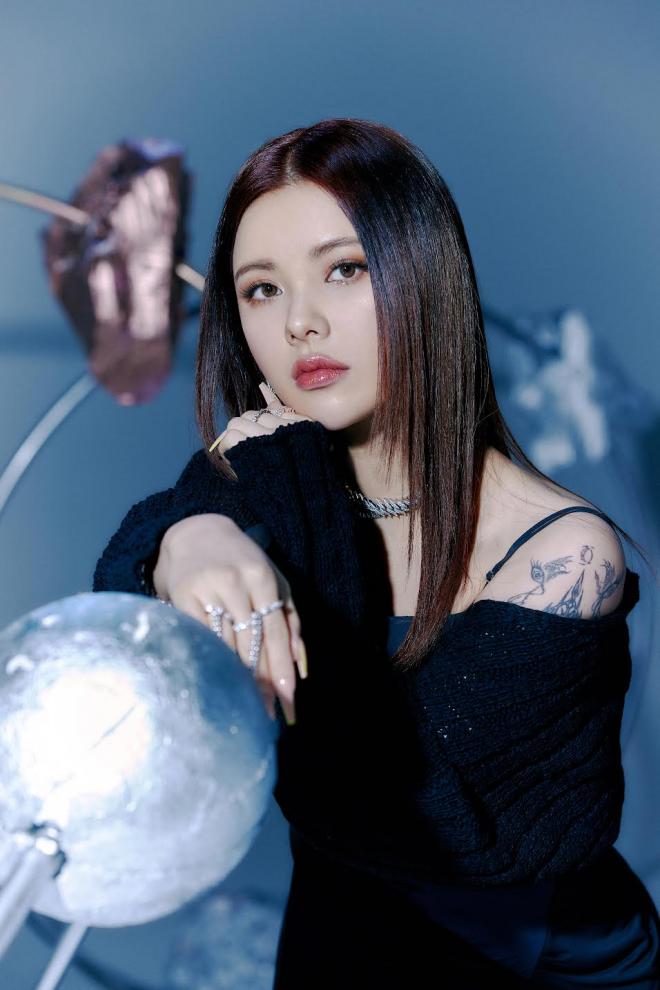