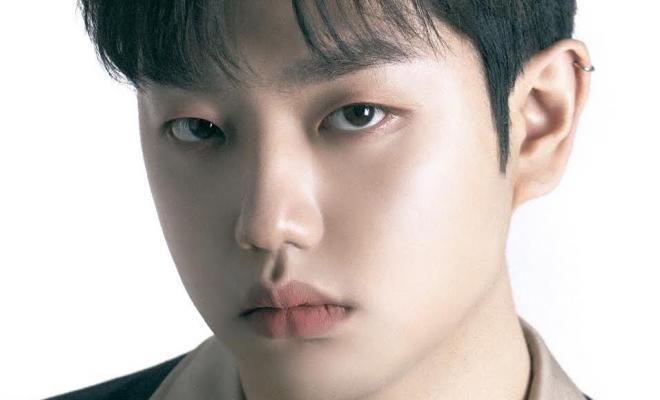 Sam Kim makes his return with the English dance track, “Smile”, leading into the New Year with a bright beginning.

Sam Kim made his comeback with his brand new single, “Smile”, which was released on January 7. For the project, the soloist worked with world-renowned DJ and producer, R3HAB, who produced the track. Together, the duo created the upbeat pop song, “Smile”, which highlights the suave nature of Sam’s voice with its funky melody and deep bassline. 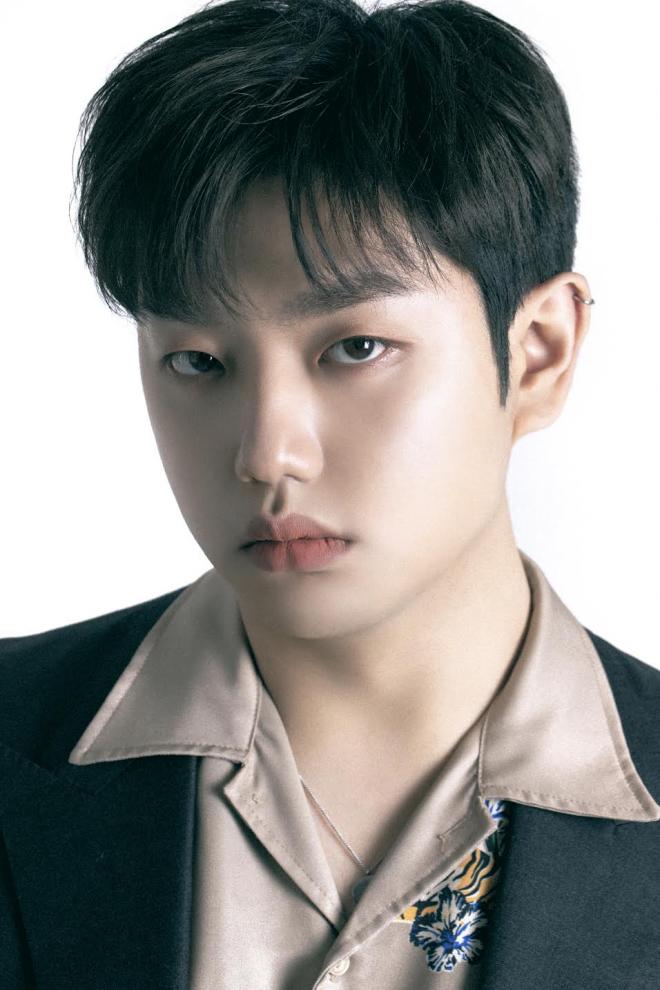 Not only does “Smile” showcase Sam’s unique vocal colors, but also the artist’s penchant for touching lyrics. Delivering lines such as, “(Baby) I love the way you thinking / The way that you be looking /Baby love the way you glowing shine for me”, Sam weaves together a saccharine love song that indeed makes listeners “smile” along to its upbeat EDM tune.

With his newest release, Sam continues establishing his strong presence in the K-music and broader global music scene. Since his debut in 2016 with his EP, My Name Is Sam, the artist has dabbled in a wide variety of music genres while remaining consistent in his rich lyricism.

Notably, the singer is behind many popular OST releases. His most recent OST, “Love Me Like That” for the drama Nevertheless, went viral online and soared on charts. With his diverse discography, Sam has quickly become a frontrunner among K-music soloists, emerging as a favored vocalist amongst worldwide fans.

Following the release of his newest single, “Smile”, Sam Kim talks about his creation process, what challenge he would do the best in if he were a Squid Games contestant, and more!

Media: Firstly, congratulations on your new release! Can you describe how your writing/production process went for this project?

Sam Kim: Thank you so much! At first I wrote the song with a guitar; like I usually do. Then I sent it over to R3HAB and he worked his magic over it to completely transform it from the original. Very fun process! 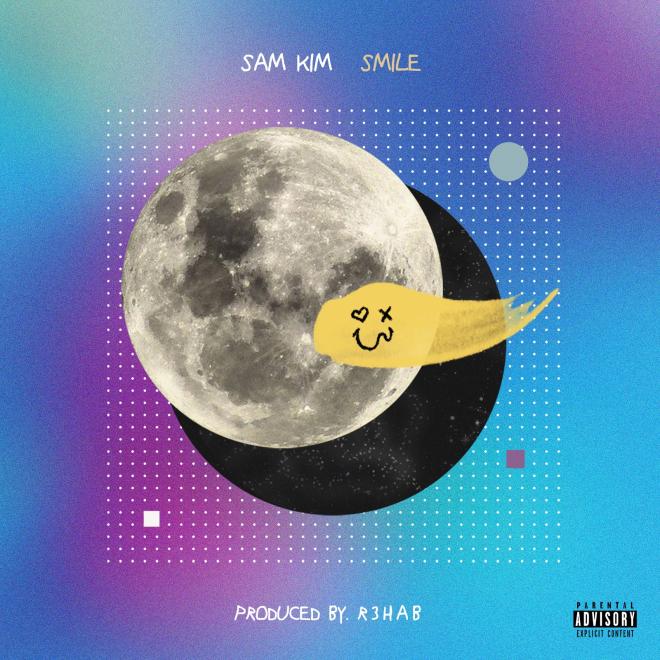 Media: How did your collaboration with R3HAB come about?

Sam Kim: My team showed me his music and I really liked it. I was curious what would come out if we worked together.

Media: What is one interesting backstory behind a song that fans may not know about?

Sam Kim: Usually you record in the songs original bpm (tempo), but for this song my producer Simon Pétren and I thought it’d be interesting to record it in a slower bpm and speed it back up to the original. What you hear is that effect.

Media: What message did you want to communicate to listeners with this track?

Media: If you could describe your upcoming track in one word, what would it be?

Media: You’ve gained a huge listening and fan base for your talents to convey emotional stories in tracks such as “Love Me Like That” while showing your versatility during R&B tunes like “These Walls”. What made you decide to now venture into creating your first dance music track? How did you find the experience?

Sam Kim: This actually wouldn’t be my first dance track! I have a song called “Dance” and a song called “The Juice” which I actually danced to. Overall even though they were all slightly out of my comfort zone I had a lot of fun writing and singing them.

Media: Did you have any fears about diving into a new genre other than R&B and K-Pop?

Sam Kim: Not at all! I love exploring new genres, I think there’s always something to learn in each one. I have yet to learn my lesson in heavy metal though. That’s for another time.

Media: As a musician, how does it feel working a dance music track when you have mostly worked on ballads, acoustics with your guitar?

Sam Kim: It was really refreshing to step out of my bubble for a little bit and dive into unfamiliar grounds. I end up learning and growing the most in these situations.

Media: “The Juice” was such a fun song and perfect for the middle of summer. You have truly mastered the R&B genre. What is a genre you want to try next? Which genres do you like listening to in your day-to-day?

Sam Kim: I would love to get into hip-hop. Though I don’t have the voice or delivery of a rapper, I really do enjoy listening to the stories of rappers with those qualities. Kendrick is my go-to.

Media: We have to also talk about your viral OST “Love Me Like That’” for the popular K-drama Nevertheless. What was your response when you realized that it had become such a hit?

Sam Kim: I remember writing this song a few years back when I was going through a rough time and it’s probably why I never thought to give it a chance. When I saw how many people could relate to the song the doubt went away and I think the 20-year-old me who wrote it finally felt accepted.

Media: ‘Love and Relationships’ are the broad themes in a lot of your music and OSTs. What do you think it is about music that elevates a drama or movie further since you’ve lent your voice to so many memorable OSTs?

Sam Kim: Even though I can’t see the scenes my OSTs will play in beforehand, I try my hardest to read the story in the lyrics and deliver the emotions to the best of my ability. I ask the songwriter lots of questions such as should I sing this phrase a little softer? More powerful, sad? etc… The songwriters behind every such decision are the real MVPs.

Media: You have worked and collaborated with a variety of artists. From Zico to pH-1 and Crush, are there any other Korean artists you like listening to nowadays or have been inspired by and would like to collaborate with them in the future?

Sam Kim: So many! I would love to do something with BTS as a songwriter, and collab with BIBI as an artist.. so many talented people to draw inspiration from.

Media: Can you recommend some songs that you enjoy listening to these days?

Sam Kim: Silk Sonic. Anything by them. Being a long-time fan of both Anderson .Paak and Bruno Mars… this project to me is a dream come true. A specific song I listen to when I feel like nothing’s going right is Park Hyo Shin’s – “Breath”. It never fails to remind me that I’m not alone.

Media: What do you like to do in your spare time? What is your hobby?

Media: You saw the globally popular Squid Game drama, correct? If you could excel at one challenge, which would it be and why?

Sam Kim: With most of the games being based on luck the only game I’m confident in is “Red Light, Green Light”. Mama told me never to fall for and chase after a girl who can spin her head 180 degrees and kill on sight but you know, love will prevail and all that.

Media: As we enter the New Year, what is your main goal for 2022 and what would you like to show fans next?

Sam Kim: I can’t say because I don’t want to jinx it but I do have lots planned! It’s finally my year, the year of the Tiger and I want to make it meaningful!

Media: Can you please share some words of love for your global fans?

Sam Kim: Thank you so much for all the support. Every each and one of you push me to be a better me and also show me love that I sometimes forget to give myself. I wish you all health and happiness in these rough times and I will see you all very soon. ♡

You can listen to “Smile” on the following platforms: Spotify | Melon | iTunes | Amazon Music | YouTube

Our thanks to Unbound Entertainment Group and Sam Kim for this interview.

All photos in this feature were provided by Unbound Entertainment Group. This interview was conducted in English, as part of a global media hub interview.