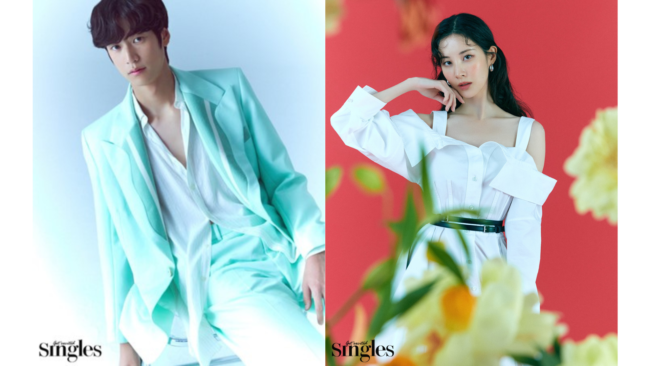 The Jinxed At First lead pair is set to decorate the July issue of fashion magazine Singles Korea.

Na In Woo and Seohyun appear in matching blue-toned outfits which exuded a sweet and refreshing mood on set. Together, the Jinxed At First couple show off their astonishing and dazzling beauty that the production staff captured with high satisfaction.

Their new series is about a goddess of luck, meeting a passionate seafood vendor, who will later fall in love with each other. It is currently airing every Wednesday and Thursday on KBS2 TV and iQIYI. 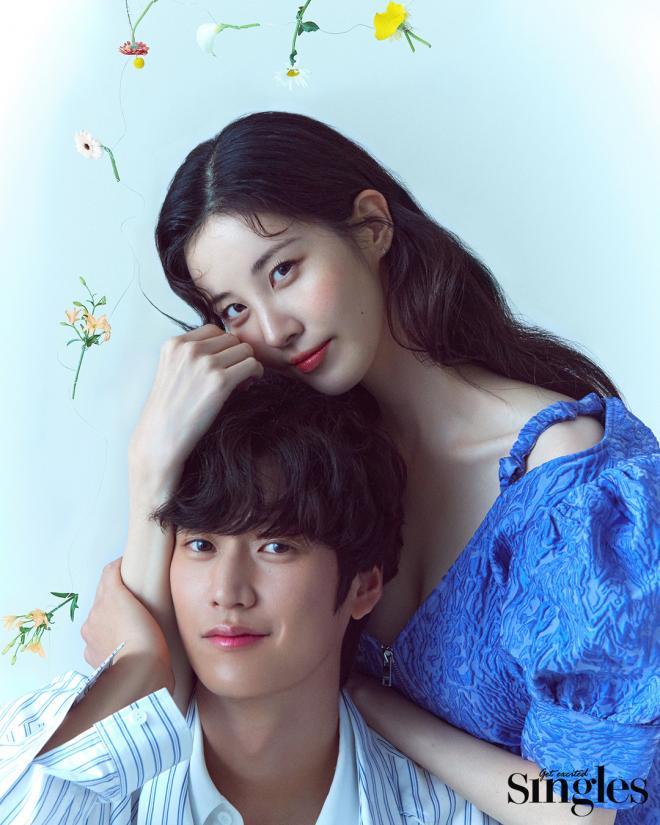 In the accompanying interview, Na In Woo expressed how happy he was working with Jinxed At First cast and crew.

“Last year, for the past five months, it was a very fun and exciting filming. I’m looking forward to it coming out as tight and solid as it was hard work.”

Meanwhile, Seohyun stated that she was able to bond and build relationships because of the warm and cheerful atmosphere during the shoot.

“The filming set was friendly at every moment, and I was able to shoot happily because I got along well with Na In Woo’s personality.”

For more sweet pictorials of Seohyun and Na In Woo, international fans can view the pictorial interview in the July issue of lifestyle magazine, Singles Korea.