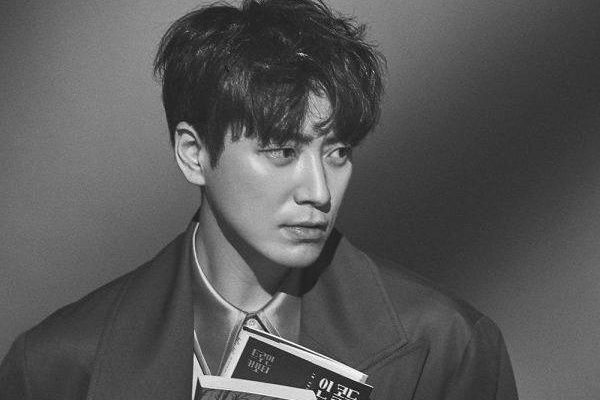 Lee Joon Hyuk shared his inspiring perspective as an actor as he flaunted his classy charm in the November cover of The Big Issue.

A familiar face in the magazine, the actor has already graced its cover for the first time in 2012. The Big Issue is a South Korean magazine published monthly with an advocacy that is centered in the economic independence of the disadvantaged class. This year marks the 10th anniversary of its fruitful societal engagement.

Lee Joon Hyuk was thrilled to be chosen as its cover for the second time. Believing in the magazine’s purpose, the pictorial was made possible through Lee Joon Hyuk’s generous talent donation. 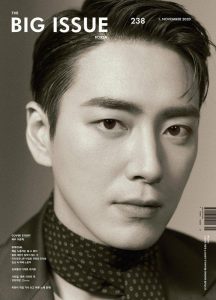 The cover photo captures Lee Joon Hyuk’s unique and enigmatic aura. His perfect visuals are complemented by the classic mood in his eyes.

In an interview conducted after the photoshoot, the actor expressed his gratitude as he reunited with the magazine’s team. “It’s been eight years already. 2012 would have been The Big Issue‘s formative years. But it’s amazing that I also started with the magazine”.

He also talked about his character, Seo Dong Jae, in the recently ended drama, Secret Forest 2. He said, “When I started in Season 1, I was generally a quiet character. I am glad that my role was loved by the viewers.”

He further expounded the part where he was kidnapped in Season 2. “I didn’t know that Si Mok (Jo Seung Woo) and Yeo Jin’s older sister (Bae Doona) would find me anxiously. I was thankful and moved. They are very good people and perfect examples for humanity. I learned so much from these characters.” 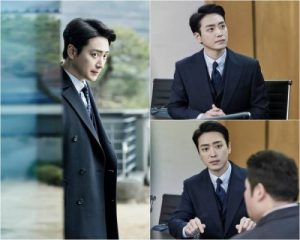 Moreover, he gave a general overview of his new role as Yoo Tae Han, the protagonist in the fifth OCN Dramatic Cinema project, Dark Hole. “He has a different charm than Dong Jae.”

Lee Joon Hyuk, who heartwarmingly shared his talent in the pictorial for free, will top-bill the new series. It is scheduled to air in the first half of 2021. Dark Hole is an action thriller depicting the desperate survival of those who drank the mysterious black smoke from a sinkhole.

When asked about his future goals as an actor, Lee Joon Hyuk is determined to widen his acting range. “I want to play my roles the best way I can. I may not be able to do everything, but I want to do as much as I can and expand my capabilities. Also, I hope that the people working with me are happy as well.”

Meanwhile, the proceeds from The Big Issue magazine, which contains Lee Joon Hyuk’s cover story, will be used for the economic independence of the marginalized sector of the society.

Images: The Big Issue and tvN