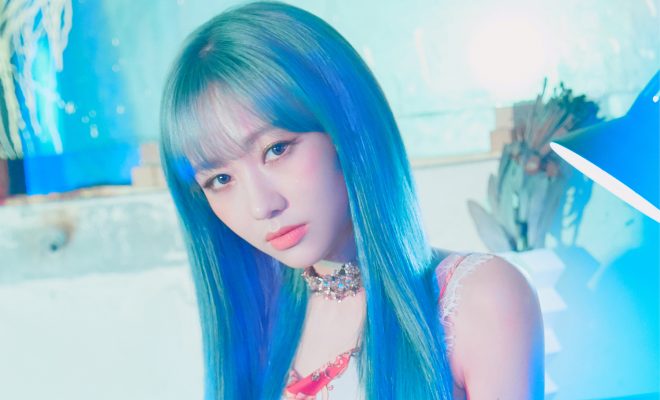 By Lyris | May 21, 2020
FacebookTwitter
SubscribeGoogleWhatsappPinterestDiggRedditStumbleuponVkWeiboPocketTumblrMailMeneameOdnoklassniki

In an exclusive interview with The Korea Times, Sujeong revealed how she felt challenged for her solo debut. Since 2014, being a member of Lovelyz shaped her image into a lovely and soft one.

With her album Tiger Eyes completely contrasting her current concept, she had to transform her image into charismatic soloist. 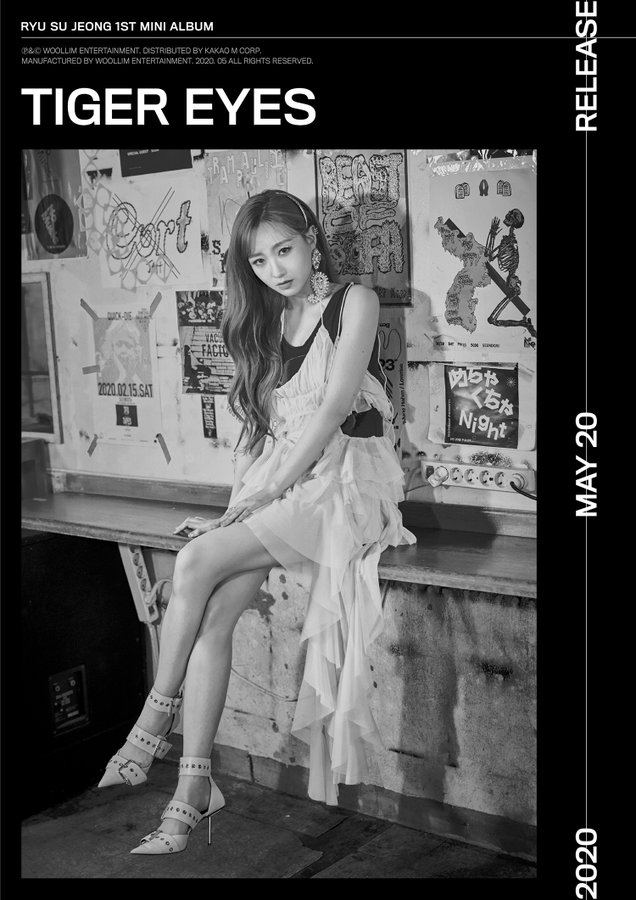 The group constantly lived up as an icon of loveliness from their appearances and music. When Sujeong knew she had to change her image, she said, “At first, I am worried and I almost lost my mind when they told me about the album’s concept.”

From a lovely member of Lovelyz to a charismatic soloist

The female artist revealed her worries by saying, “Displaying a lovely image with delightful charms were common to me. But, being alluring on stage is something unfamiliar to me.”

“I had to surpass my limitations in order for me to develop the charisma they’re looking for. And so I practiced diligently. As days passed by, I observed that the whole process was entertaining,” the artist spoke about her relentless efforts.

She also admitted that her agency, Woollim Entertainment, was the reason behind the change in her image. “It’s my first time being a soloist so I gladly accept almost all of the company’s ideas and offers.” 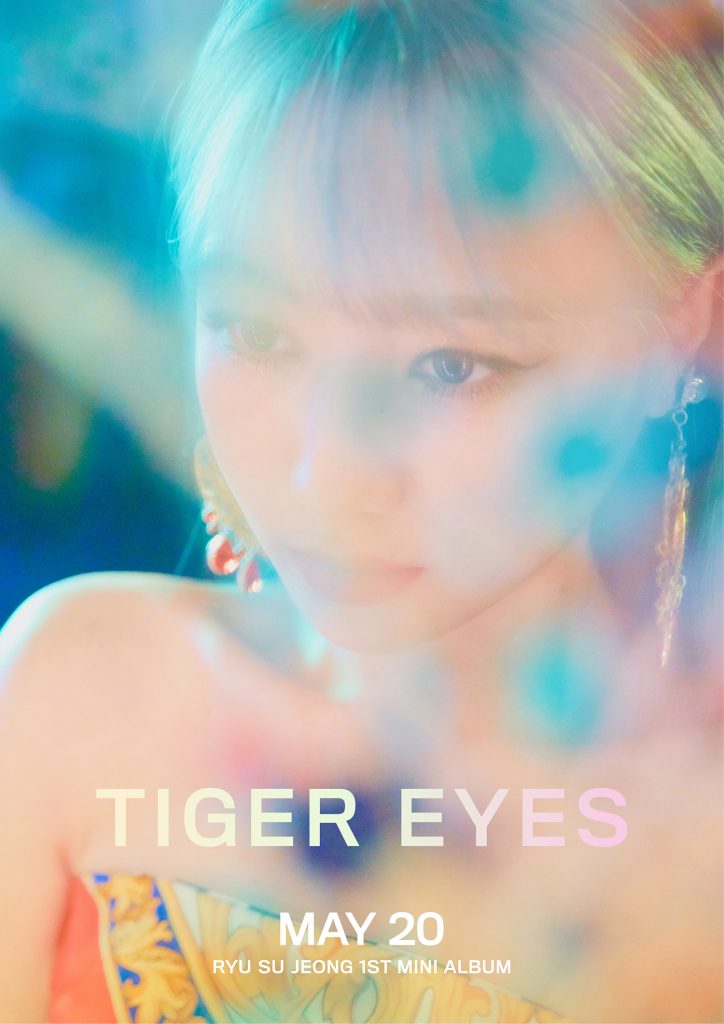 Suejong released her first solo album on May 20 entitled Tiger Eyes with a title track of the same name. Her first album included seven cross-genre tracks “Be Cautious”, “Call Back” and “Your Name”. It also constitutes tracks such as “42=”, “Na, Ni,” and “zz”.

Sharing that her first solo album will be highlighting her husky and velvety voice, she said, “I strive in making a new flavor for my vocalization with “Tiger Eyes”. Also, I refrained from using my nasal voice as much as possible to match the song’s vibe.”

“Most of my tracks in Tiger Eyes I think, suits my style of singing and vocal tone. Through the upcoming release of my first solo album, I hope people will appreciate the diversity of my music.”

The track “zz” in Sujeong’s album Tiger Eyes was her first self-written song. Currently, the female soloist has already written five songs through her guitar which she started playing four years ago.

“I was inspired by my ideas and inspiration as I made that track, she also shared. “Whenever I am on a break, I try to make many songs as I can. I hope that I will be given a chance to show my compositions in the future, if they suit the album’s concept,” the artist expressed. 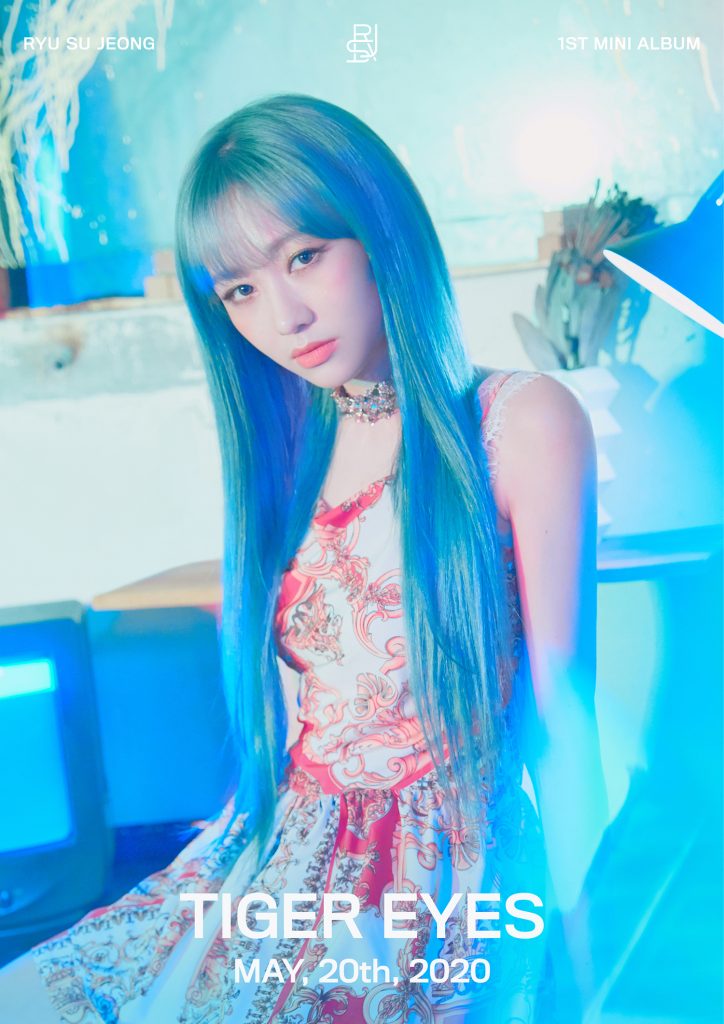 In light of the ongoing pandemic COVID-19, people need to apply social distancing everywhere at all times. Thus, large social gatherings such as concerts, fan meetings and debut showcases are temporarily prohibited.

For her awaited solo debut with Tiger Eyes, Sujeong could not hide her sadness regarding the fact that she cannot meet her fans directly. However, she also reassured her fans that she will find other ways to meet them. This includes electronic releases and video calls with her fans.

As she conveyed her goals, the artist said, “I hope I can work I can work on my music for a long time. I am thinking how to make my wish come true.”