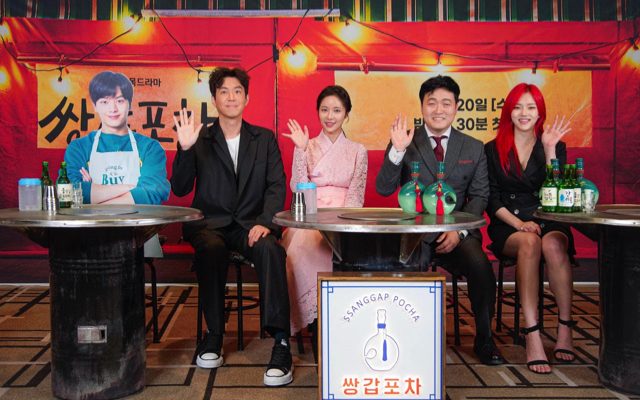 Mystic Pop-up Bar is a webtoon-inspired series that promises laughter, healing, and whole lot of fun!

The long wait is finally over, as the pilot episode of Mystic Pop-up Bar is now streaming on Netflix! Director Jeon Chang Geun, Hwang Jung Eum, Choi Won Young, Lee Jun Hyeok, and Jeong Da Eun beamed during the show’s press conference while dishing on the details of the K-Drama. 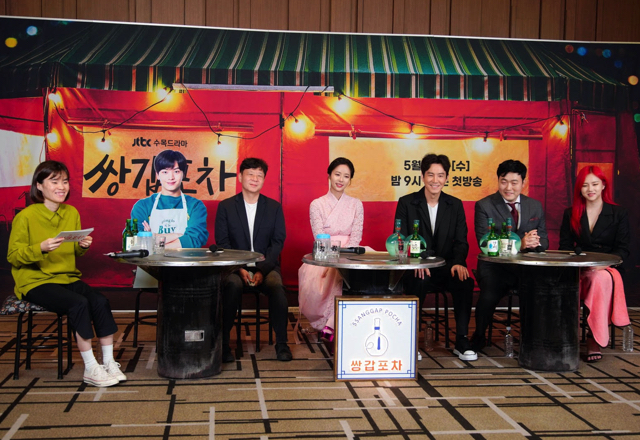 Mystic Pop-up Bar is a refreshing K-drama that takes on societal issues with a quirky twist. The stars of the show expressed that the series aims to be a haven for healing and laughter.

Additionally, the show marks Yook Sung Jae’s last project before enlisting in the military. The press conference may have been sans the actor, but his castmates made sure to make his presence felt by including an adorable standee of him instead.

The original webtoon has gained a wide fanbase, but according to Director Jeon Chang Geun, the drama adaptation will be on the funnier side of the spectrum. “The drama is quite different from the original webtoon. There are some differences with the characters. The webtoon focuses on individual customer’s stories a lot, but the drama focuses more on the characters helping the customers.”

Hwang Jung Eum added, “I cried a lot while looking at the original [webtoon]. There’s more comedy than I had expected, but the drama balances comedy and serious points well,” the director shared. 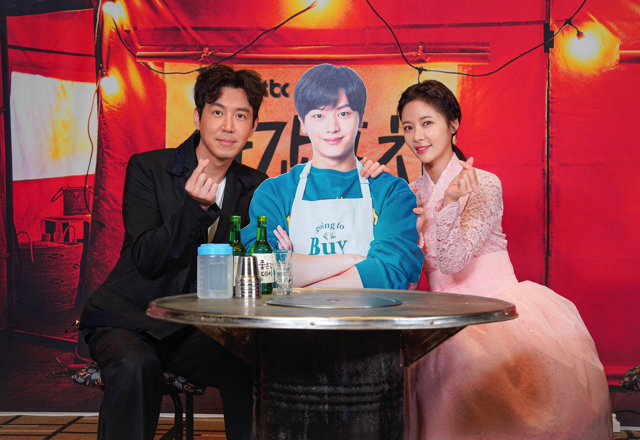 With Yook Sung Jae busy with his military service, his co-stars expressed their well wishes and sweet messages for him. Choi Won Young said, “We knew he had to go to the military, but not the exact date. He received notice and had to quickly go, so I couldn’t see him before he left. I messaged him and said I was sorry I couldn’t buy him a meal before he enlisted.”

Hwang Jung Eum left a cute video message to Yook Sung Jae saying, “You worked so hard and I was worried about you enlisting. However, you look healthy, so that makes me feel relieved. Be sure to watch the drama!”

Lee Jun Hyeok gave Yook Sung Jae some advice saying, “Eat well and listen to your superiors. It will end soon. Time flies. Really. Hurry and come out. Let’s go get a drink then.”

Jeong Da Eun also cheered him on and expressed hopes to catch up after he completes his service. The heartwarming messages from his castmates are bound to provide a boost of motivation and inspiration for the actor until he makes his return to the limelight. 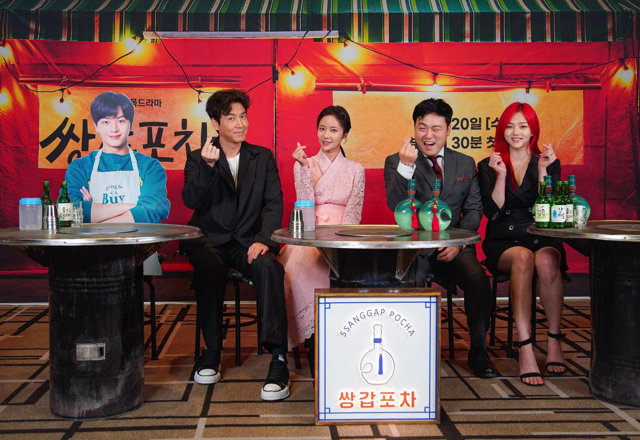 The Netflix series centers around the life of a 500-year-old mysterious pop-up bar owner named Wol Ju (Hwang Jung Eum). The mission of this enigmatic character is to help 10,000 people solve their problems in order to avoid being banished to hell.

She teams up with Kang Bae (Yook Sung Jae) who possesses the power to make people share their deepest sentiments and woes once he touches them. Wol Ju and her trusted assistant, Gui (Won-Young), proceed to jump into people’s dreams to unravel their worries in an attempt to solve them.

With a spellbinding storyline and a stellar cast to bring the characters to life,  Mystic Pop-up Bar is a magical drama that will tug at your heartstrings with its profound healing abilities.

Life isn’t always easy, but it’s worth it. Life definitely has its ways of surprising us with serendipitous wonders, especially if we never give up. In these uncertain times, there’s one thing that never wavers: it’s always dark before the sun rises again.

No healing process is complete without a little laughter, so better be ready to stream Mystic Pop-up Bar every Wednesday and Thursday only on Netflix at 10PM PHT!

Hellokpop, as an independent Korean entertainment news website (without influence from any agency or corporation), we need your support! If you have enjoyed our work, consider to support us with a one-time or recurring donation from as low as US$5 to keep our site going! Donate securely below via Stripe, Paypal, Apple Pay or Google Wallet.
FacebookTwitter
SubscribeGoogleWhatsappPinterestDiggRedditStumbleuponVkWeiboPocketTumblrMailMeneameOdnoklassniki
Related ItemsMystic Pop-Up BarNetflix
← Previous Story WINNER’s Kang Seung Yoon Shares Motivation And Hopes For The Future In ELLE Magazine’s June 2020 Issue
Next Story → K-Drama Premiere: “Mystic Pop-up Bar” Gleefully Invites To A Healing Journey By Entering The Dream World