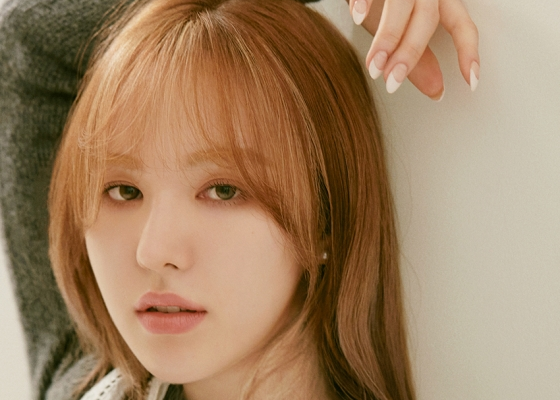 Red Velvet’s Wendy Talks About Her Passion For Music, Starring In New Variety Show, And More In Latest Pictorial For Marie Claire

Red Velvet’s Wendy is indeed one of K-Pop’s finest ladies as she glamorously nails her latest pictorial with Marie Claire Korea! 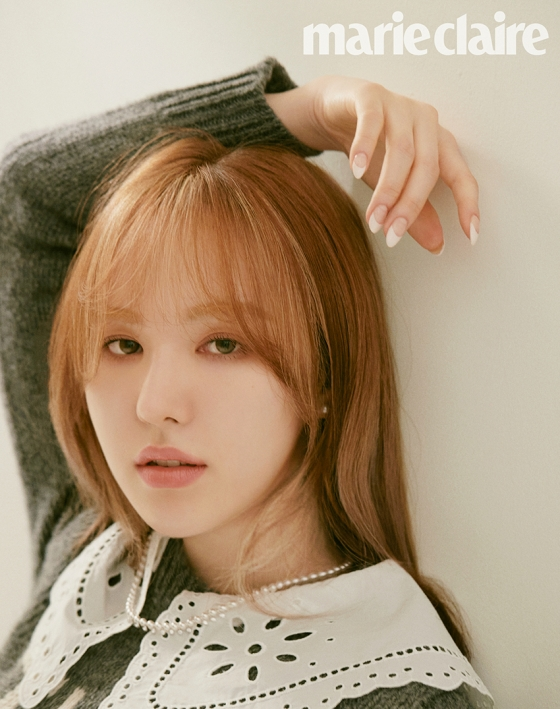 While sporting stunning modern and laid-back clothing pieces fit for the upcoming season, Wendy has made heads turn once again with her alluring beauty.

Shot against muted and minimalist backdrops, the well-rounded idol further aced the pictorial with her glamorous gestures and unconventional poses.

Moreover, the singer also aced the photos with her jaw-dropping facial expressions and lovely projecting skills that demonstrate her unique charisma.

Wendy’s intense cool-girl and girl boss vibe also stood out as she exudes a mysterious yet warm aura. The close-up shots also gave fans an opportunity to admire her sharp facial features and amazing physique. 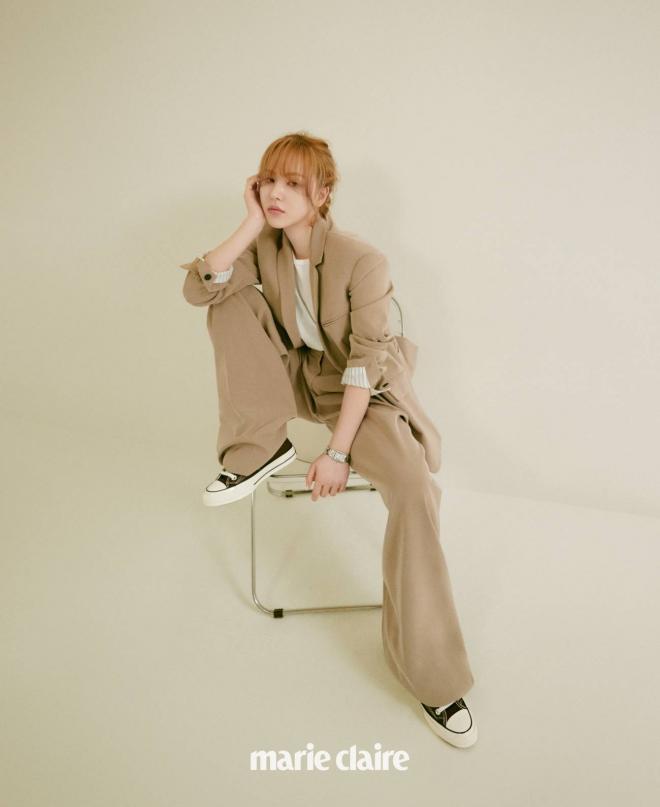 ON PERFORMING AND BEING WITH RED VELVET AGAIN

Expressing feelings on intense bliss and relief, the singer said she felt a mixture of tension and excitement during her performance on SMTown’s Culture Humanity, a year after her injury took place.

“It was a non-face-to-face online concert but I think it would have been more exciting if I was able to hear the fans’ cheers actually in front of me,” she added.

Red Velvet, who has been sweeping records left and right since debut, has also achieved a lot of feats in 2020. Some of these accolades include their music videos hitting hundreds of millions of views. For Wendy, she admitted that it still feels surreal whenever many people listen to and eventually love their songs.

“Every time I realize that we’re receiving so much love, I think that I need to promote even harder to repay them. I can’t help but say that I am so thankful,” she added. 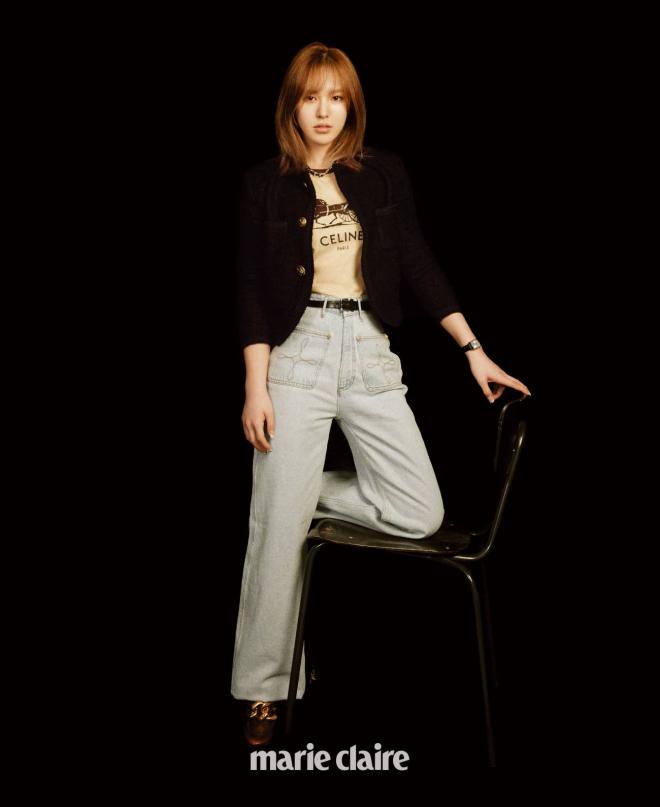 The talented idol, who has been passionate for her craft even before debut, also admitted that her one-year break made her feel refreshed and motivated.

Wendy said, “Personally, after taking a break and returning, it feels like I have returned to my rookie days. I feel nervous like the first time, and I feel like I can do anything.”

When asked about what kind of activities she did during her rest, the dazzling singer said that she spent most of her time with her parents.

“I studied abroad for a long time when I was a kid, and seeing how I was busy promoting after my debut, there wasn’t much time for us to spend together. Even my parents said to me, ‘The time now that we can be with you is so precious,'” she shared.

Speaking briefly regarding her latest variety show, Wendy said that she immediately accepted the project due to the program’s pure intention.

“The title ‘deliver songs’ gave me a strong impression right off the bat. After listening to the stories of [the guests] lives every episode, we’d share our playlist with each other and recommend songs.

Through this process, I think I am able to grow on another level as an artist. It is also an honor to be able to appear on the show with great sunbaenims,” she happily shared. 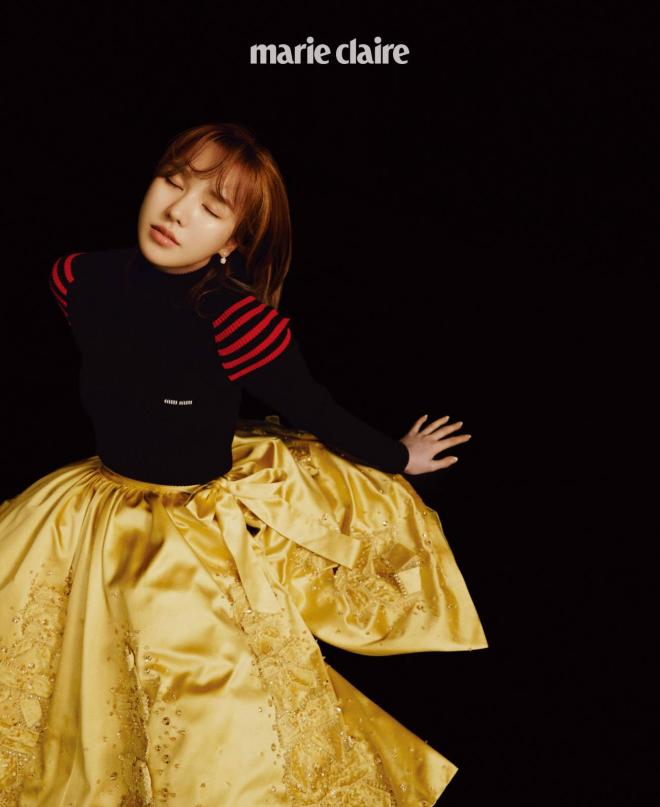 When asked about the atmosphere on the set and interacting with other MCs such as Yoon Jongshin, Jang Yoonjeong and Kyuhyun, the versatile singer admitted that she still feels a little nervous whenever they shoot an episode together.

However, she explained that they helped her to become at ease and comfortable in conversing with guests whenever the camera gets rolling.

For Wendy, the show also greatly exposed her to the lives of different people, which she wasn’t able to experience herself due to her busy schedule.

She added, “Through the show, I am able to find similarities between [the guests and I] as well as understand [our] differences. It is also a good experience to listen to the life songs that these people picked.”

ON PASSION FOR HER CRAFT

Fans who have been with Wendy ever since the start of her idol journey would know how singing – perhaps music in general – deeply occupies her heart and mind.

In the interview, the singer shared that she has been recently listening to songs with stories that personally touches the heart.

“Lyrics from old songs and indie musicians are so nice. Idol groups’ music also has lots of metaphorical lyrics and I an having fun playing them on repeat while trying to interpret them myself,” she said. 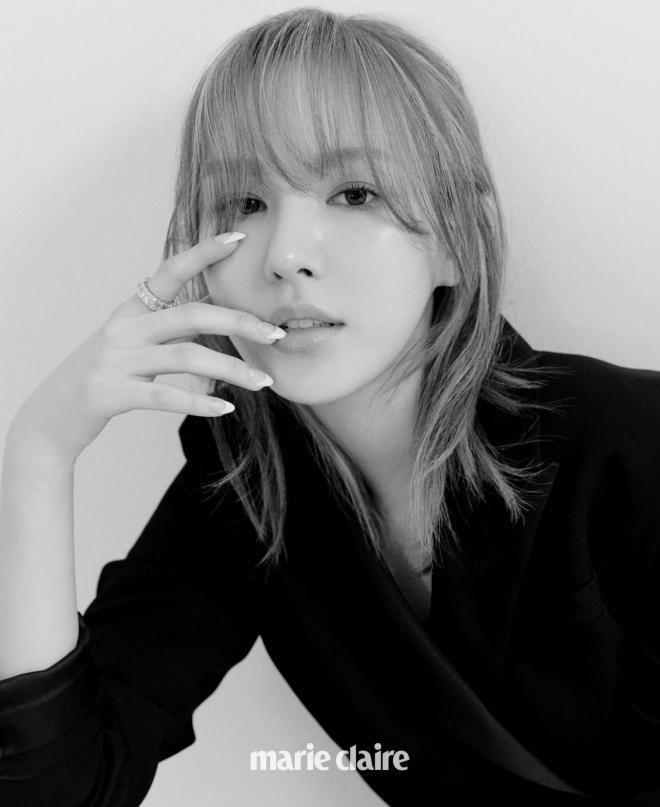 Wendy, who has been known for recommending great variety music to her family, friends and even to Reveluvs, also shared that she considers the person and the situation whenever she suggests songs to listen to.

She added, “For my members, I recommend songs that I think would be a fit for each of them. Sometimes as soon as I hear a song, I’d think: ‘This song would suit this member if they sing it.'” For fans, I mainly recommend songs with lyrics that would be able to heal their hearts that are worn out from daily lives.”

As a musician, the charming idol said that wants the general public to feel her songs comfortably and warmly. “Rather than focusing too much, it’s more touching when you listen with a light heart,” she said. 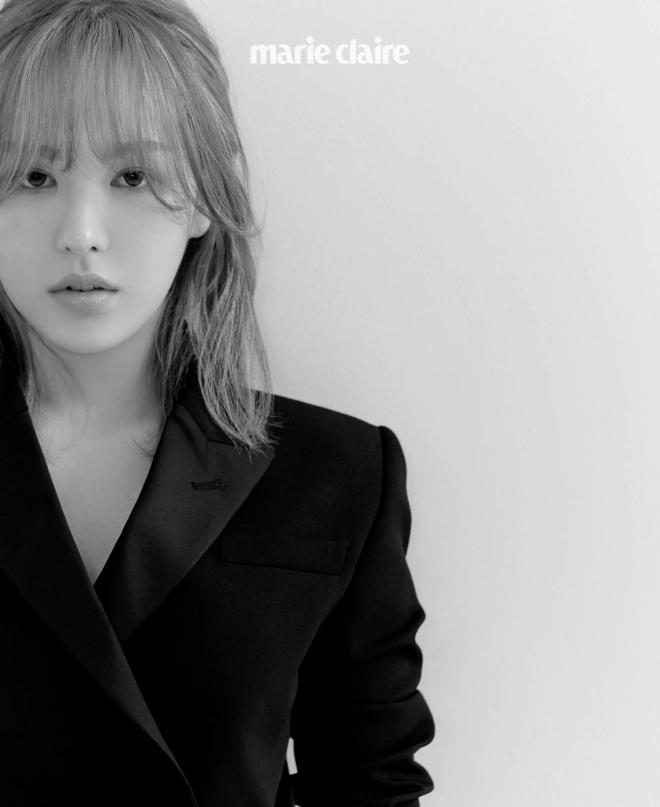 Delivering well wishes to spectators, Wendy hopes that everyone could spend the spring season warmly, healthily and happily.

“I believe that happiness is not found in a special place but instead, it exists in close proximity to us. Do not feel too anxious. How about taking a look around your thoroughly? And then, who knows, maybe I might find you soon to convey happiness.

Concluding the interview with great anticipation to the future, Wendy assured fans, “I want to show you more sides of myself through singing and performing. I’ll definitely do that.”