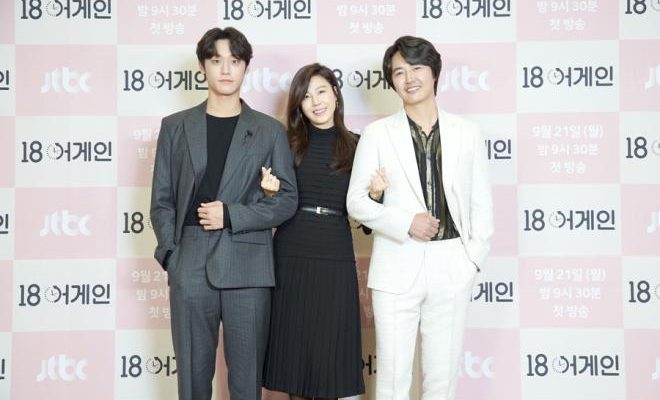 Ahead of its first broadcast tonight, 18 Again was given a closer look by its main cast and creative team.

18 Again traverses the story of a man who wrinkled time and returned to his high school years, just before getting a divorce. It is based on 2009 film, 17 Again. 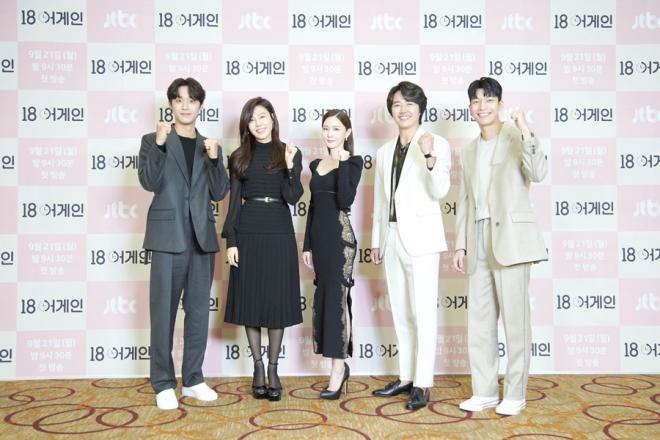 In the online conference, PD Ha greeted the audience. His new work since transferring to JTBC promises another heartening story.

He said, “I am not burdened now. I prepared for a long time from planning to editing. I started with an effort to overcome that burden. It was a very meaningful work because I was eager and excited.”

Further adding how he was fortunate to work with amazing cast members, the director revealed how he worked in presenting the charms of the characters in 18 Again. He also discussed significant differences of the Korean drama adaptation.

Mentioning Kim Ha Neul’s character as one of the key variations from the original film 17 Again, Ha PD assures that viewers can expect a lot in the series.

Kim Ha Neul, who worked with two men as husbands conveyed a comfortable partnerships with her male leads. “It was really fun because I received a lot of help with parenting concerns,” she said.

Marking the actress’ small screen comeback, she remarked how she put a lot of effort for her new role and is confident of her performance in it.

Kim said, “I filmed for a longer time than any other drama I filmed. It seems that I filmed it in detail without missing parts. She further invites the viewers to see it since it is a drama that can be enjoyed by all generations.

Next, Lee Do Hyun also conveyed the preparations he made for his role. Sharing he paid attention to presenting an attractive voice, he understands his husband role needed to be heart-fluttering enough. “Because I was my husband in the play, I needed to charm as a man,” Lee said.

Lastly, Yoon Sang Hyun hints on what to anticipate in 18 Again. “It’s not just a fun drama, it has a lot of emotions.” He adds how he practiced diligently to bring out the colors of his character vividly.

18 Again will be broadcast for the first time at 9:30 pm tonight on jTBC.

FacebookTwitter
SubscribeGoogleWhatsappPinterestDiggRedditStumbleuponVkWeiboPocketTumblrMailMeneameOdnoklassniki
Related Items18 AgainKim Ha NeulLee Do HyunLee Yoo RiYoon Sang Hyun
← Previous Story Ji Chang Wook and Kim Ji Won Confirmed As Main Leads In New Drama By “Its Okay To Not Be Okay” Director
Next Story → K-Drama Mid-Series Check: “When I Was The Most Beautiful” Entices Viewers With A Gripping Passionate Clash Of Emotions