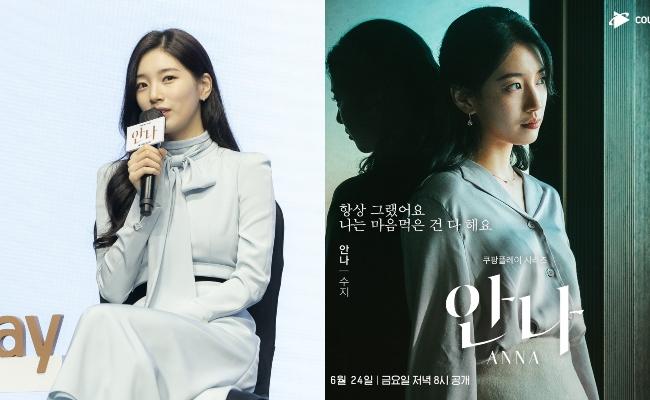 Broadening her acting portfolio, Bae Suzy is poised to take the center stage in Anna!

Known for her dramas While You Were Sleeping, Vagabond, and Start-Up, takes a new path as the lead actress in the Coupang Play series Anna.

Based on the original novel, Intimate Stranger, the new drama explores the psychological transformations of a lady who turns out to be an entirely different person. She has changed her past identity and has been living a life built up with lies.

Together with Bae Suzy are actors Jung Eun Chae, Kim Jun Han, and Park Ye Young who will also be appearing on-screen. 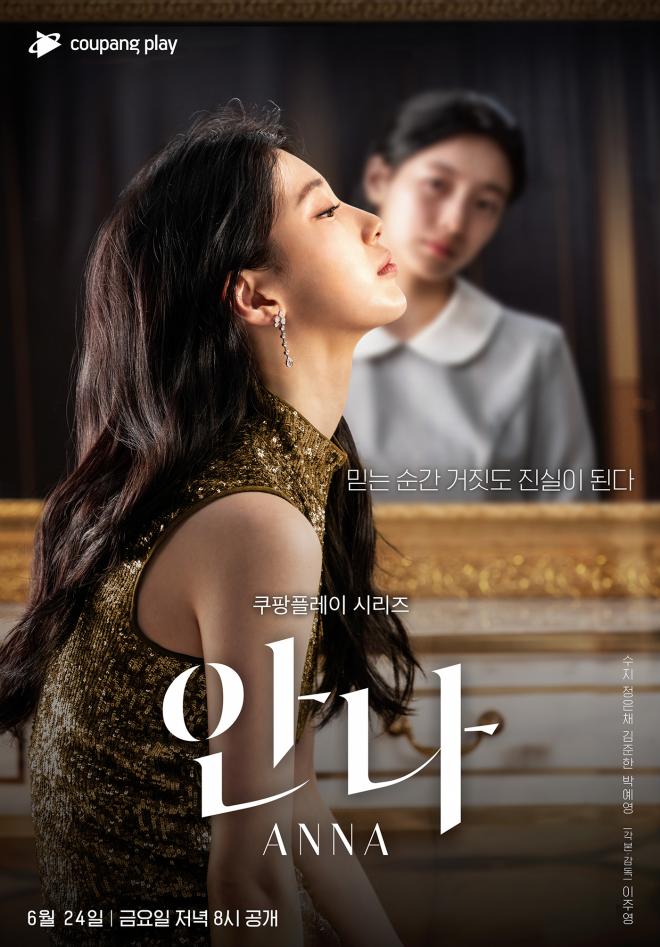 During the press conference, Suzy reveals her feelings as she takes up the heavy role in the thriller psychological drama.

It’s the first time I’m taking on a solo lead role, and it’s going to be heavy on my shoulders. In addition, the range of emotional changes of the characters is large, and the narrative is rather dark. I was faced with a difficult and heavy challenge.

Despite the weight, she must put up with, she wanted to do her best to portray the character.

“I wanted to see the psychological change in the process of going from Yumi to Anna. I paid the most attention to that part. Yumi, who was bright in school, and Yumi who was atrophied. I wanted to express it so that this other person can feel it.”

Anna, top-billed by Bae Suzy, will release its first episode on June 24 at 8 pm KST. 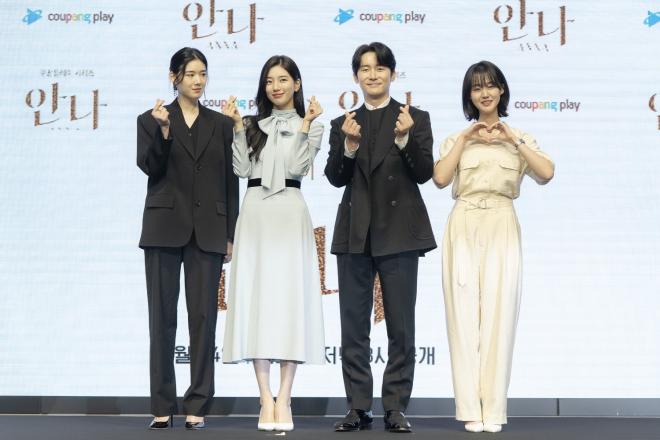