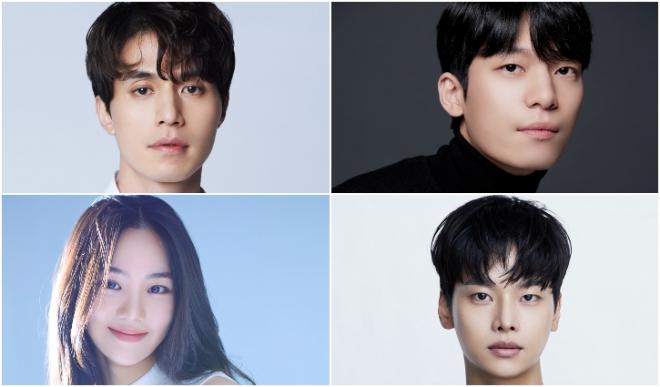 An enthralling action and detective story is underway for K-series fans in Bad and Crazy!

Created by the team behind The Uncanny Counter, the new series features Lee Dong-Wook (Tale of the Nine-Tailed and Goblin: The Lonely and Great God), Wi Ha Jun (18 Again, Something in the Rain and Midnight), Han Ji Eun (Lovestruck in the City and Be Melodramatic), and Cha Hak Yeon (Mine and Children of Nobody).

This action-packed detective series will be exclusively available on iQiyi in 191 countries and regions this December.

Bad and Crazy is the third top-notched collaboration between iQiyi and Studio Dragon, after My Roommate Is a Gumiho and Shooting Stars which is currently being filmed. Both parties produce a wide variety of genres, from romance, mystery, to action, all in feature film quality for exhilarating audiovisual experiences.

A New Team of Committed To Uphold Justice

In the newest series Bad and Crazy, a heroic-themed drama will pique the interest of viewers. Lee Dong Wook portrays Suyeol, a capable but bad guy who can throw away his face and pride for success.

He is eager to get promoted. So when a righteous madman appears in his life, it caused an impact in his life. Feeling compelled, he goals to eradicate internal corruption within the police system and social injustice.

Meanwhile, Wi Ha Jun takes the role of K. With an innate sense of justice, he dreams of becoming the last hero of this era. He hopes to become a beacon in the dark world and does not hesitate to use his fists when faced with injustice.

Suiting up to the role of Hee-gyeom, Suyeol’s ex-girlfriend is actress Han Ji Eun. She enjoys the excitement of defeating villains and becomes an officer against drug cartels.

“With Lee, Wi, and Han,” said the Bad and Crazy team, “we are confident to create unprecedented and unique heroes and an exhilarating sense of justice”. It hopes to offer fun and excitement only available in Bad and Crazy.

iQiyi original K-series Bad and Crazy will be exclusively available on iQiyi International app and iQ.com