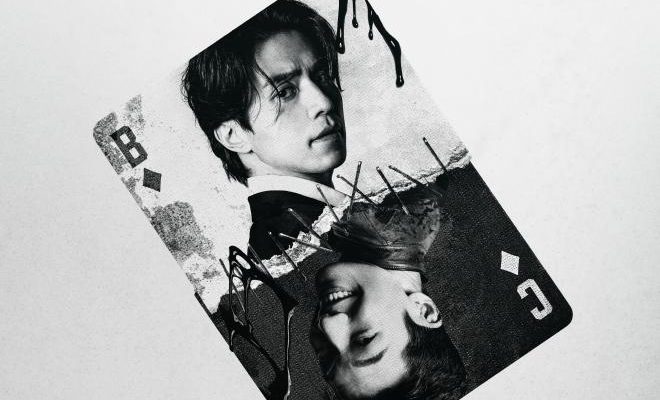 After dropping character stills, iQiyi presents new facets of Ryu Su-yeol, a consequentialist cop who strives only to get ahead in life. With ample devious charms to boot, he is a capable but bad guy who can throw away his face and pride for success.

He is eager to get promoted. So when a righteous madman suddenly appears, it caused an impact on his life. Feeling compelled, he goals to eradicate internal corruption within the police system and social injustice.

In the preview of his character released today, Su-yeol is seen drinking, merry-making, bowing a full 90 degrees, and flattering his superiors. These are all seemingly for the sake of career advancement.

Another glimpse of Lee’s character is also revealed to be fit and athletic. He also runs fast and punches hard. In fact, after bashing someone up, Su-yeol jokes, “I want to kill you, but I’m a bit busy right now,” and finishes with a blink and smirk highlighting his adorable ‘bad boy’ charm. This leaves some room for imagination for more engrossing points about Lee Dong Wook in his new series.

Bad and Crazy will weave together many themes including action, dark comedy, suspense and crime for a satisfying and exciting series of vengeance in an insane society. With quick and slick action that is sure to draw viewers, Lee Dong Wook fights a bunch until he bleeds from the corner of his lips, opening the doors to thrilling plotlines to come.

Threading on a hero-centric story, the series follows the story of capable but bad cop Ryu Su Yeol regaining his humanity after meeting the righteous but crazy ‘K’. The iQiyi Original K-series is set to premiere on December 17, with new episodes simulcasting with Korea on Fridays and Saturdays at 9:50 pm (SGT), globally across 191 territories on the iQiyi International app and www.iQ.com.