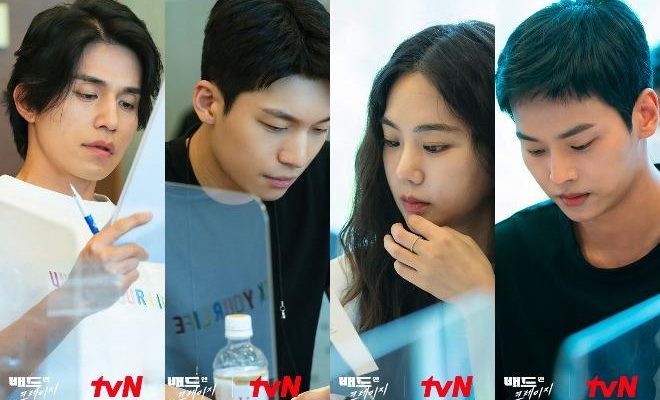 The cast showcased great synergy during the script reading for the series set to air in December.

Bad and Crazy, tvN’s upcoming Friday-Saturday drama, unveils images taken from the script reading. The series is about a skilled but “bad” Detective whose life will change upon meeting the “crazy” guy named K. Present at the table read are Lee Dong Wook, Wi Ha Jun, Han Ji Eun and Cha Hak Yeon (VIXX’s N), among others. The Director and scriptwriter joined them as well. 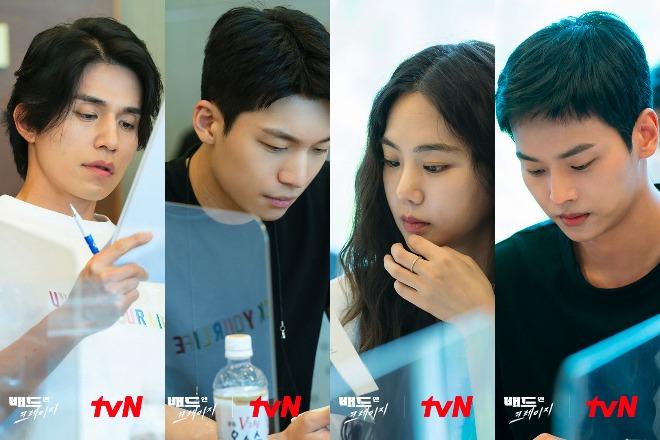 During the script reading, the actors gave a glimpse of passionate performances, completely immersing into their respective characters. Lee Dong Wook takes on the role of Detective Soo Yeol. He is someone who can overlook bad deeds. Soo Yeol takes every opportunity that puts him at an advantage and for his personal gains. Fans can look forward to Lee Dong Wook’s unique charm as he transforms to a corrupt police officer. 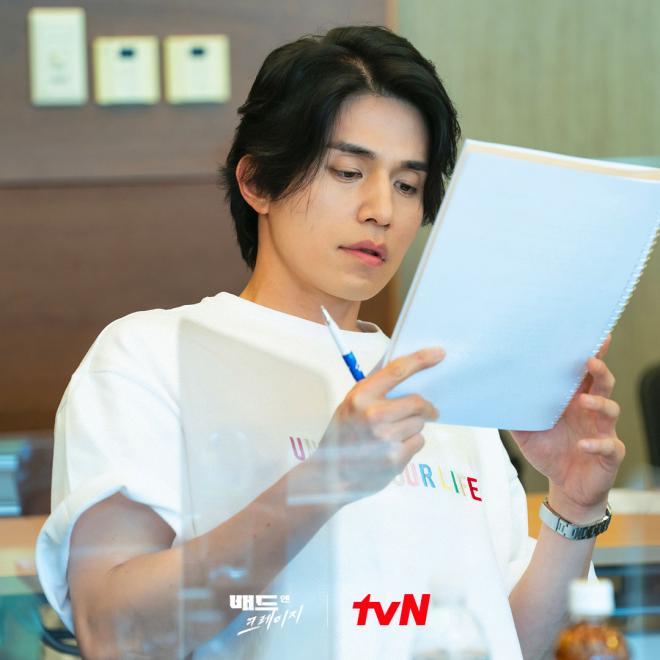 Meanwhile, Wi Ha Jun portrays the character K who is all about justice. He is this generation’s hero as he does not hesitate to throw a fist at injustice. Han Ji Eun plays the role of Hee Kyeom, a Detective from the Drug Crime Investigation Team. She can become so engrossed in finding solutions to mysterious cases. 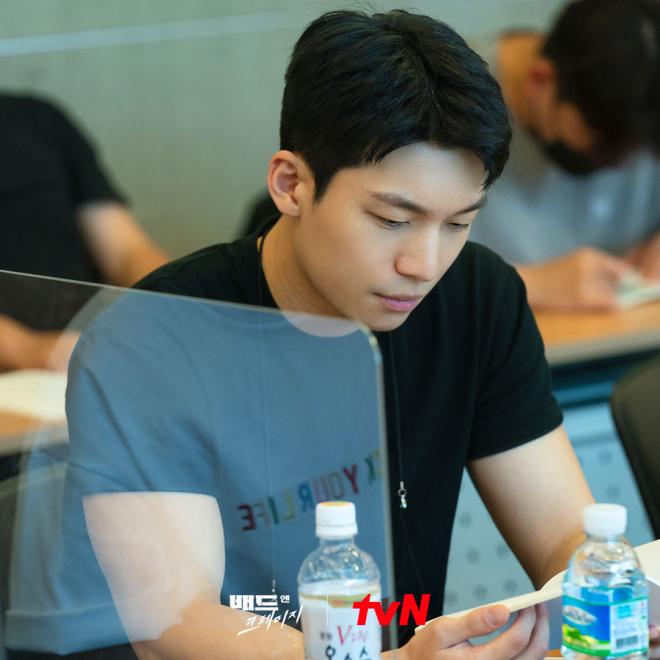 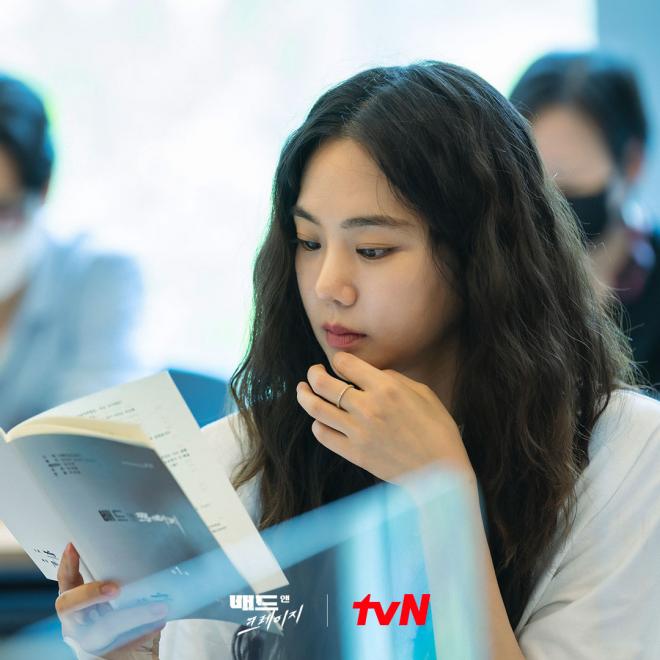 Cha Hak Yeon will suit up for the role of Oh Kyung Tae. He is the youngest member of the Anti-Corruption Investigation Department of the National Police Agency. Oh Kyung Tae is a principled person who is friendly and possesses a pure personality. However, he will unexpectedly get embroiled in an incident. 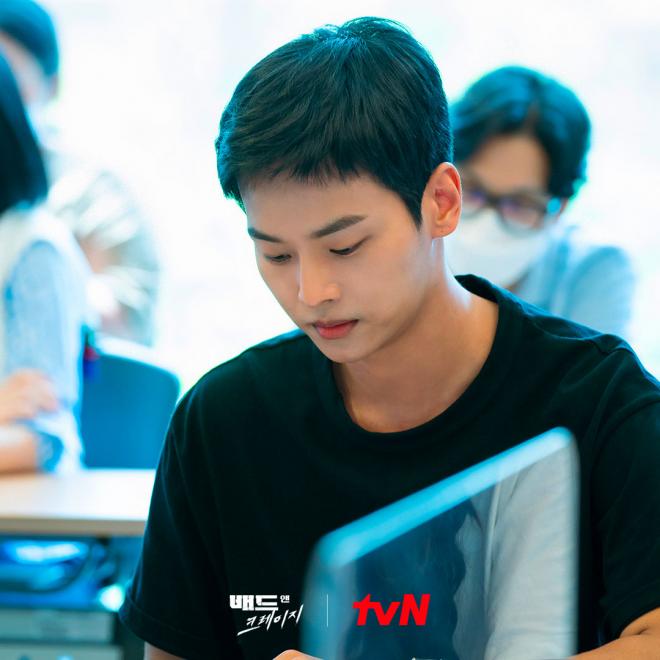 Moreover, the actors displayed great chemistry to the extent it looked like it was not their first time acting together. Lee Dong Wook and Wi Ha Jun showed a new kind of chemistry as the corrupt detective meets with the hero of justice. 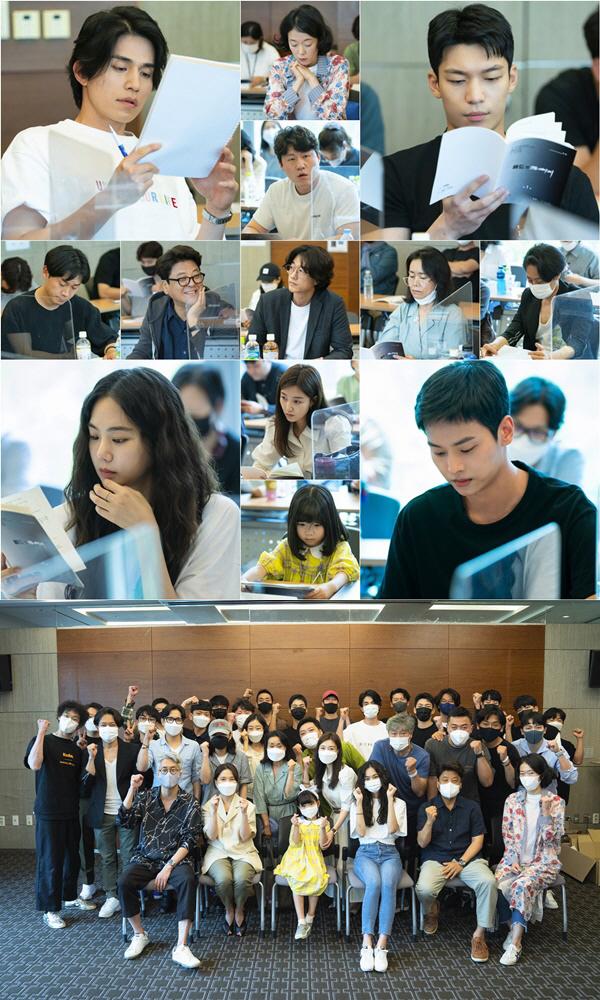 Furthermore, along with the camaraderie of Lee Dong Woo and Cha Si Won, the audience should also anticipate the family-like chemistry of Lee Dong Wook, Kim Dae Gon and Kim Ae Shim. Viewers should also watch out for the heart-wrenching tension that would arise within the Investigation Team in the National Police Agency as they come closer to finding the truth on a mysterious case. The vivid characters and their great chemistry decorated the first script reading of Bad and Crazy which heightens the interest in the drama.

According to the production team, “The synergy of actors such as Lee Dong Wook, Wi Ha Jun, Han Ji Eun and Cha Hak Yeon and the other actors was more than a surprise. They revealed various aspects of the unique and unexpected characters. Please look forward to their teamwork which will give viewers a catharsis they have never experienced before.”

Bad and Crazy is directed by PD Yoo Sun Dong and Kim Sae Bom wrote the script. It will have its first broadcast in December.