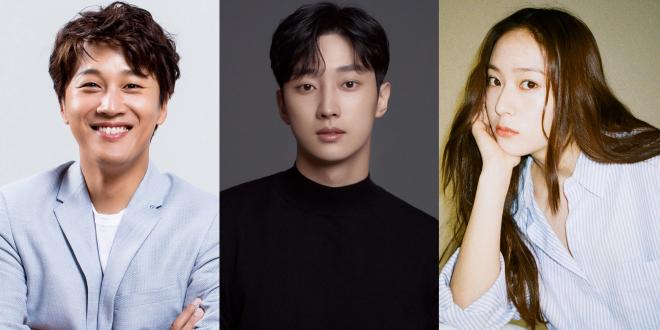 The three actors are all geared up to show synergy in the police investigation drama.

Titled 경찰수업 Police Class, the series tells the story of a veteran detective-turned-professor who meets rookie students in the police university. Together, they work in conducting criminal investigations.

Suiting up for the role of Yoo Dong-man, a detective who gives his all to catch a criminal is Cha Tae Hyun. Armed with 20 years of experience from various police departments, he returns as a professor at the National Police University

Jung Jinyoung plays the role of Kang Seon-ho a brilliant hacker who starts a new venture as a policeman.

Police Class will be the actor’s post-military project. His last dramas include two seasons of Netflix series’ My First First Love and the film The Dude in Me.

Playing the character Oh Kang Hee is dazzling singer-actress Krystal Jung. A freshman in the police unit, Kang-hee lives with no pretense and no secrets. Streaking crime-related series, Krystal marks a new one in Police Class after Search and The Player.

Police Class is scheduled to be broadcast in June.