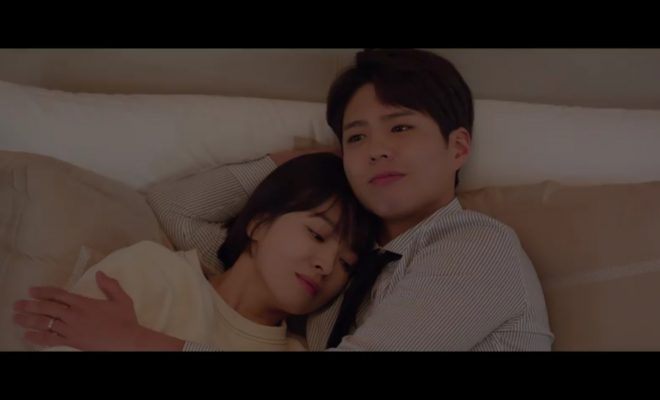 It’s the calm before the brewing final storm for the love couple of Encounter.

Encounter has been banking on the stellar and engaging portrayals of Park Bo Gum and Song Hye Kyo since day one. In all honesty, it is hard to put elaborated spin to its typical conflict.

Hence, the fact that it is about to reach its culminating stretch with the story still raising relevance to the characters. We can safely send it off for doing a job well done. 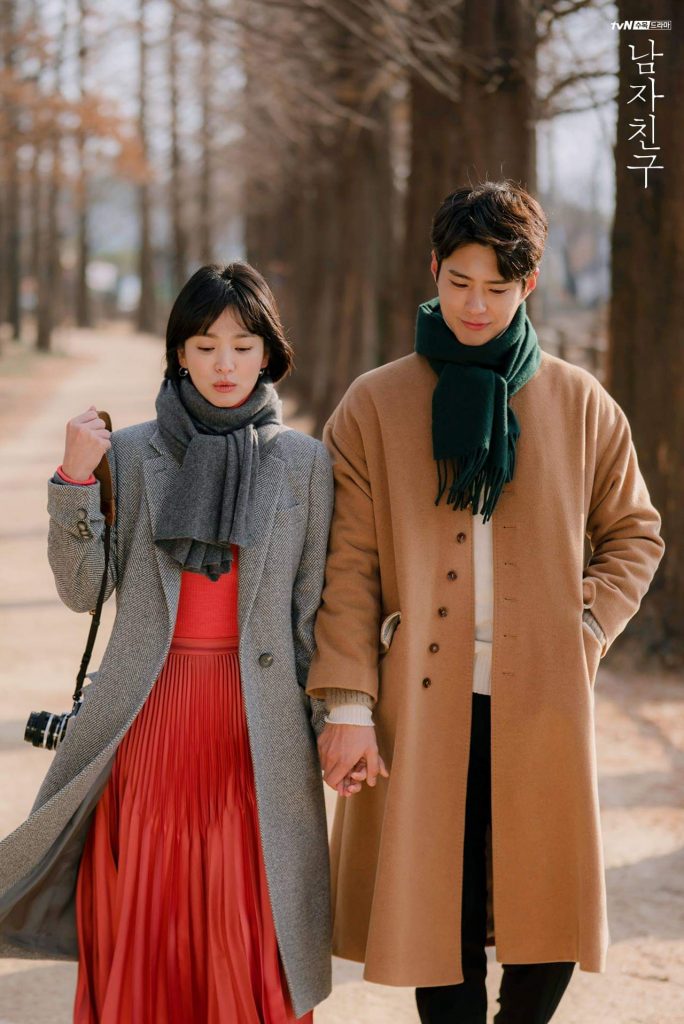 Battle of love territory with Soo Hyun in the middle ensue between Jin Hyuk and Woo Suk; with the latter appearing to go all out to his goal of getting back with Soo Hyun.

Surprised at the unexpected visitor in her office, Soo Hyun responds bravely to appease Jin Hyuk’s father’s apprehension on how far their relationship go with love amidst the totally different worlds they live in.

Needing each other for the separate emotional woes they receive, the two agree for another late night street food date. Mumbling how she especially missed her boyfriend that day, Jin Hyuk affirms that him feeling the same way means they are strong and won’t get swayed in their relationship. After dinner, even when Soo Hyun is not drunk, Jin Hyuk forces his way to become Soo Hyun’s sleeping pill by tucking her again to bed.

The next day, Soo Hyun receives another setback after the hotel’s board of directors agree to Taegyeong’s CEO’s business powerplay.

Successful with his plan on getting a management seat in Donghwa Hotel, Woo Suk greets the directors. He easily shuts down a vocal upheaval of his sudden meddling when the hotel is doing great, by citing how a new hire resolved the Cuba fiasco reflecting gap in the management.

Absent from his welcome meeting, Soo Hyun goes straight to the point, and asks her ex-husband to explain his intent. Refuting her idea that he got help from his mother, Woo Suk assuages her of how he needs to protect her upclose as a strong wind is about to sweep her.

When Soo Hyun refuses his lunch offer, Woo Suk stands up to start familiarizing his ropes in the company, with his first stop – the PR Team. Praising Jin Hyuk for a job well done in Cuba deal, the new hire modestly acknowledges he got lucky by grasping an opportunity. 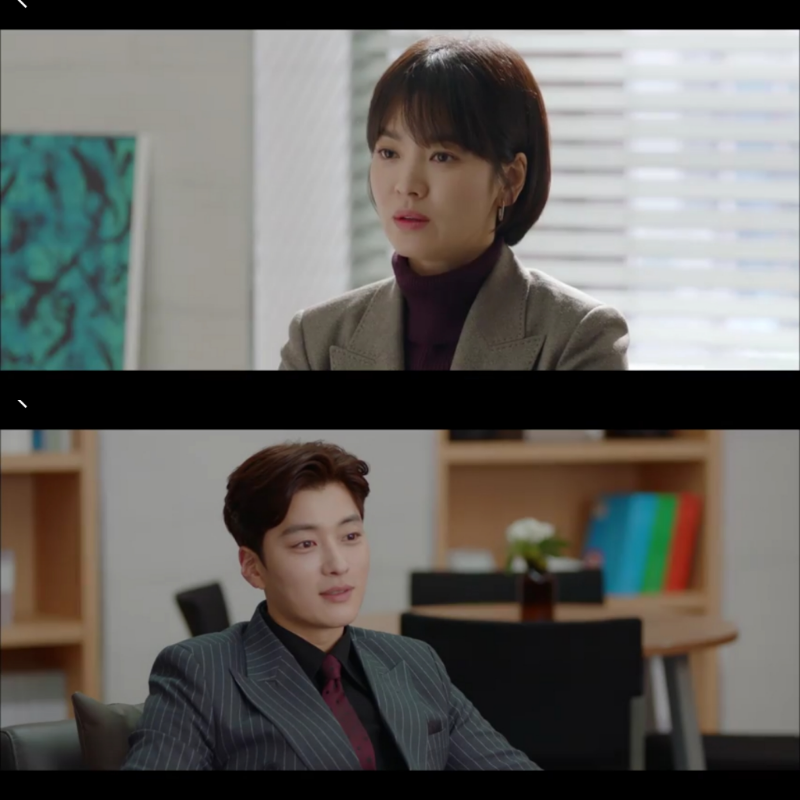 Even after Woo Suk’s intentional and faint taunting, Jin Hyuk is more burdened about Soo Hyun’s feelings than his own. He drops by at a plant store, buys his girlfriend a potted lemon cypress plant, and tells her to care for it.

Bringing in initial papers from his investigation, Mr. Nam briefs Soo Hyun of how his probe about the Cuba fiasco is proceeding. 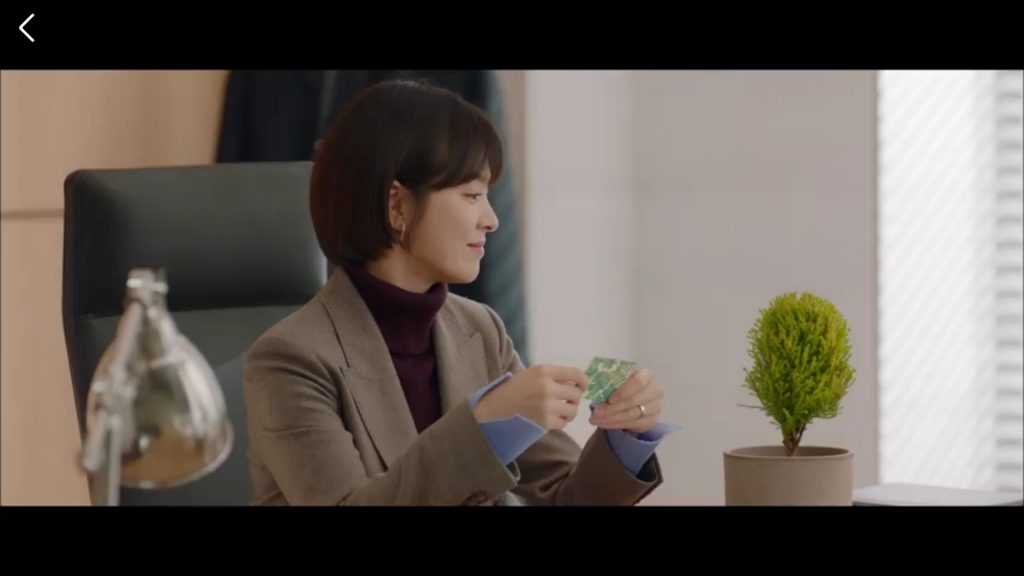 Woo Suk and Jin Hyuk bump with each other, eventually engaging to a civil taunting. Discouraging Jin Hyuk for his confidence, Woo Suk disregards how Soo Hyun’s heart is breaking out of worry for her position in the hotel. Citing Soo Hyun is his life, he means business, battling Jin Hyuk’s bravery with his desperate measures.

Responding to his girlfriend’s ex-husband’s scoffing, Jin Hyuk raises his flag for the challenge, and hopes for his love rival to see reasons. 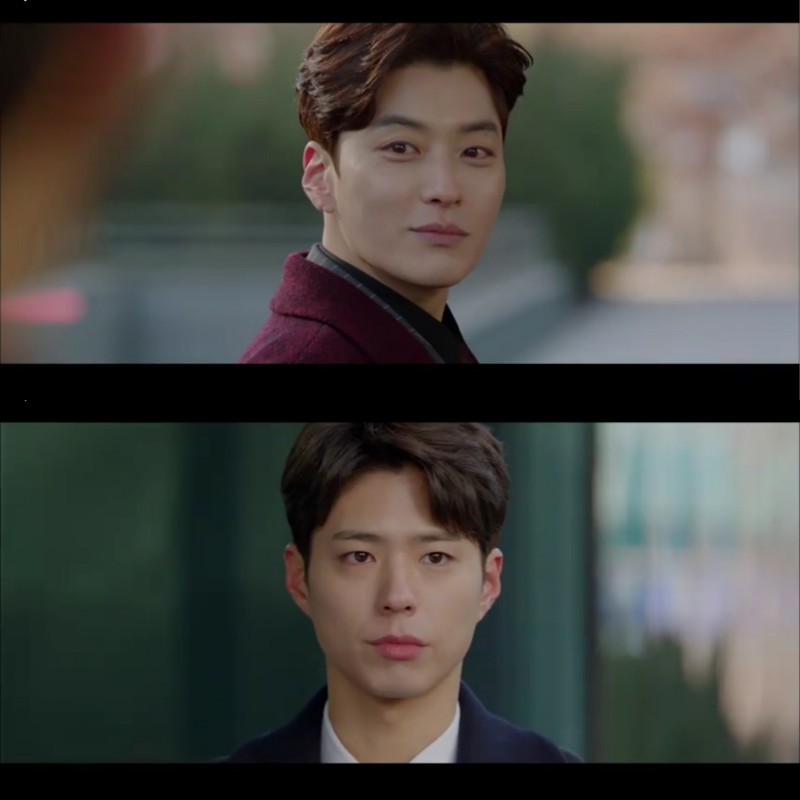 “Thanks to you, my thoughts on fear have become vague.”

Blaming himself for being part of Soo Hyun’s problems, Jin Hyuk cautiously tries to apologize to her. Pacifying her man’s selfless thoughts, she assures him how having him has healed her, and also makes her stronger.

“There is no exit for me now.”

Heading to visit Ms. Lee on a weekend, Jin Hyuk gets surprised to see Soo Hyun in her house, when they were just talking on the phone. About to get a taste of Jin Hyuk’s mom’s home-made food, Soo Hyun faintly pouts as Ms. Lee goes stingy on the food boxes, not allowing Soo Hyun’s attempt to get a taste of it.

Smiling at the thought of his girl’s first meet-my-family moment, Jin Hyuk sends a text message to invite Soo Hyun. The latter agrees, but is reminded by Mi Jin that her appointment coincides with Woo Suk’s father’s death anniversary.

Learning about Soo Hyun’s engagement, Jin Hyuk gives way and advises her that the house dinner is cancelled. However, Soo Hyun finds out that Jin Hyuk had to lie for her to attend her ex-family-in-law’s occasion.

The much-awaited night comes and Soo Hyun contemplates on his next move. Reporters swarm the approaching car of Soo Hyun just as Chairwoman Kim and Woo Suk are alerted of Soo Hyun’s car arrival.

The doorbell also rings at Jin Hyuk’s house, with him thinking that Ms. Lee rang the bell. But it was his beautiful girlfriend, who appears in front of their gate. 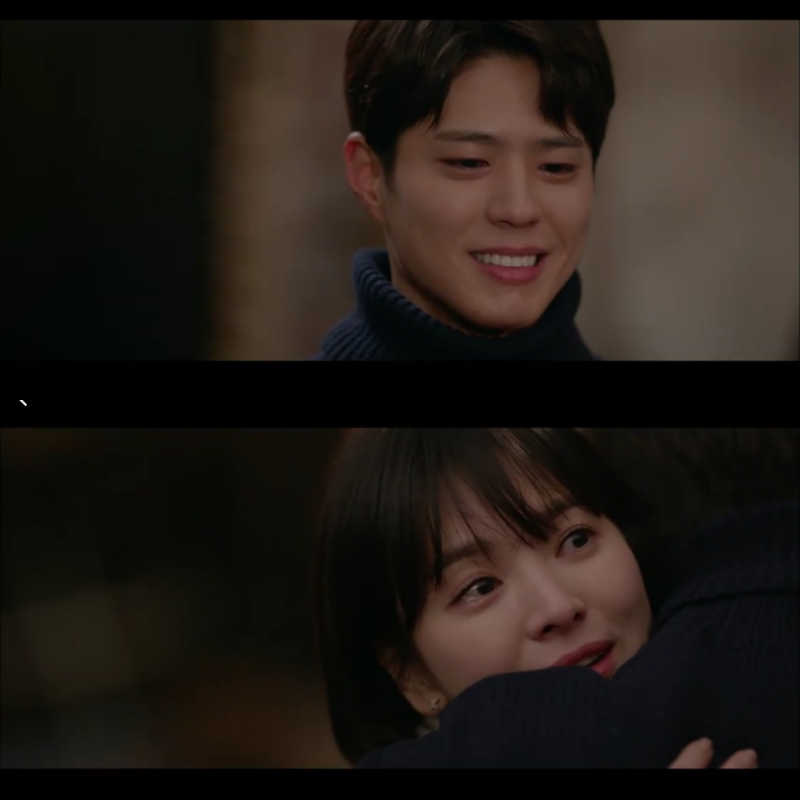 We have two more weeks before the final you-and-me-against-Taegyeong showdown of Jin Hyuk and Soo Hyun. Anytime in the last few episodes, we hopefully would get the emotionally heavy culmination.

If it’s not too much to ask, I wish for a cheerful finale week; given how Encounter seems to be “happy, but not entirely happy” in every chapter of it.