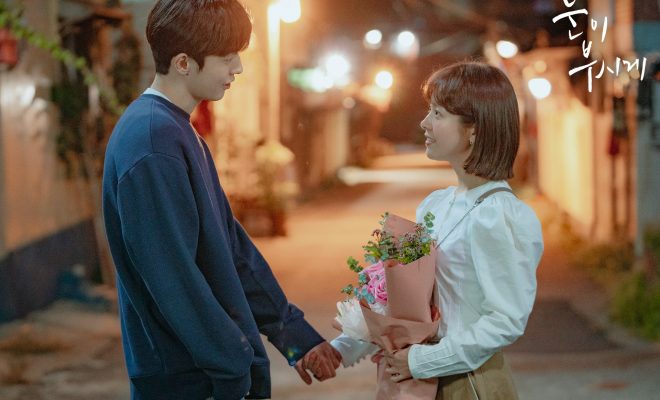 Key Moments In Episode 6 Of “The Light In Your Eyes”

Hye Ja tries to turns back time again in episode 6 of The Light in Your Eyes.

Since Hye Ja is at the edge of her rope and desperate about Joon Ha’s situation, she gets on her knees and prays to be able to turn back time again. Her strongest desires translates into her dream, but wakes up to harsh reality soon after. 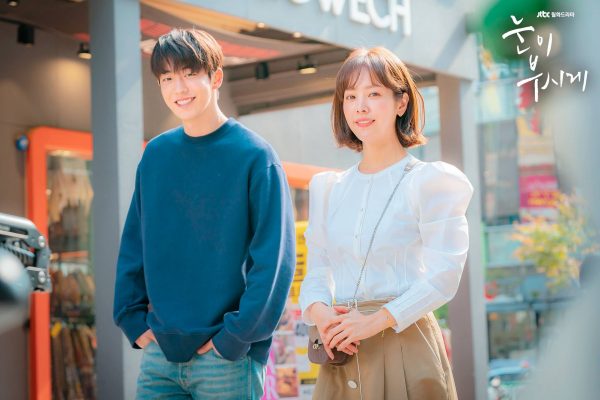 Hye Ja and her mom have a heart to heart talk 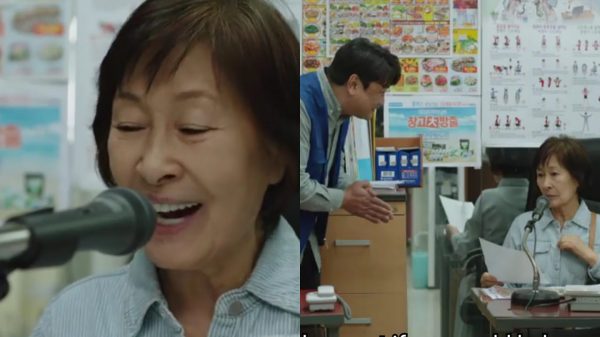 Hye Ja talks to her mom about getting old. She expresses concern about how much worse it could get. On some days she is ok, but on other days, she loses her breath. Sadly, Hye Ja couldn’t help but wonder if it would have been easier for her if she had grown old gradually, instead of all of a sudden.

Hye Ja Befriends The Old Lady from the Senior Center

Once again, Hye Ja works in the supermarket. While she is there, she sees Chanel again. After that, she goes to Hyun Joo’s restaurant and Chanel arrives again. Chanel leaves her phone in the restaurant and Hye Ja goes after her to give it back. She follows her into a motel. She finds out that Chanel has been living there for a long time and she’s quite wealthy.

Hye Ja visits Chanel in the motel. She watches videos with her. After her husband died, Chanel’s son went to the US. She lives alone and keeps telling herself that she will stay in the motel for just one night. She chose Room 203 because it’s the same room number she had in Prague. 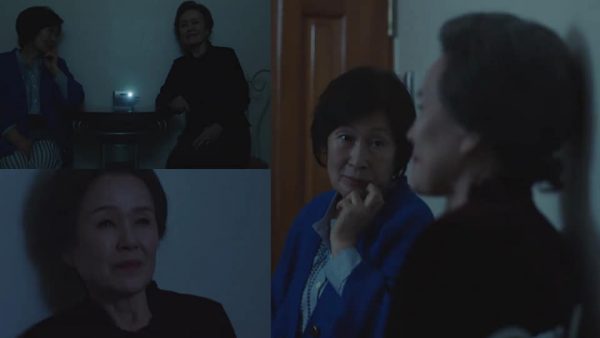 Joon Ha returns home and sees that his house is completely trashed. Hye Ja finds out from the old man at the elderly center that Joon Ha hurt himself to protect his grandma. Additionally, his dad sued him for the false accusation. 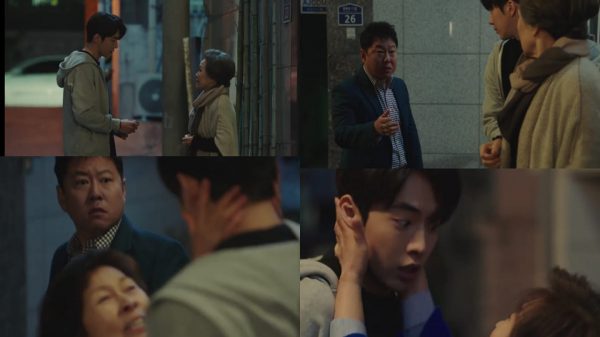 Joon Ha goes to visit Chanel. He asks how she is and asks her to come back to the center. Chanel hands him a letter to send to her son. Coincidentally, Joon Ha’s co-worker arrives and provokes him. Hye Ja arrives suddenly. He also warns her about Joon Ha, calling him a con artist. Hye Ja gets upset at him after he talks about his family but stops Joon Ha from fighting.

Later on, Joon Ha gets upset at Hye Ja. She tries to apologize to him. Angrily, he talks about his lonely past. He cries that Hye Ja keeps reminding him he’s at rock bottom. Joon Ha says that he is only living because he can’t die. Devastated, Hye Ja pleads on her knees to go back in time. 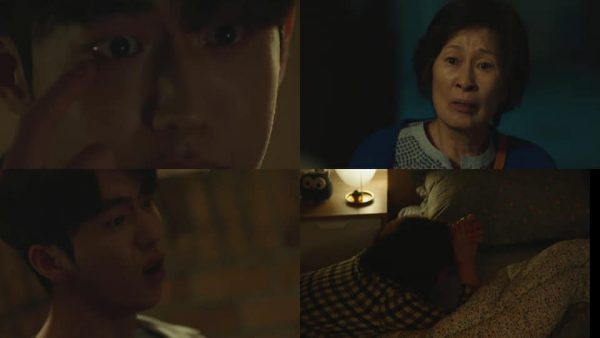 Hye Ja wakes up and finally returns to her 25-year old self again. She quickly catches up with everyone around her and sees everyone is okay.

Hye Ja remembers Joon Ha hurting himself to send his dad to jail. She runs and stops him just in time. 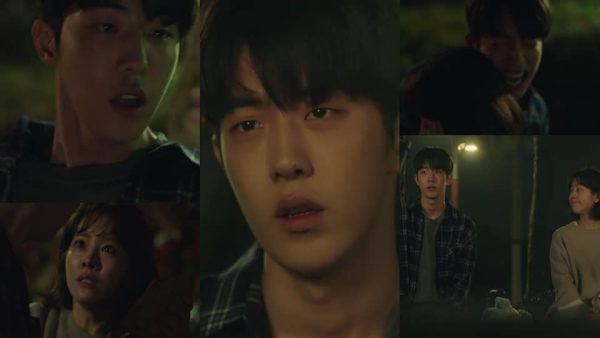 She goes on a date with Joon Ha the next day. They spend time together and have a great day. However, the day ends sadly when she wakes up and finds out that everything was a dream. 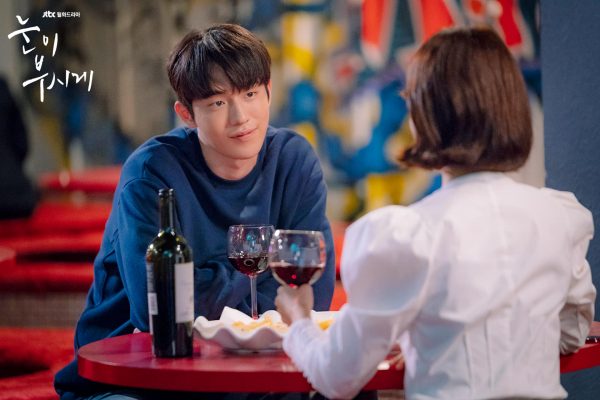 The next day, Hye Ja sadly returns to the community center. While she is there, she sees an old man. The man barely moves and just sits in his wheelchair. However, Hye Ja is shocked to see her watch on his wrist. 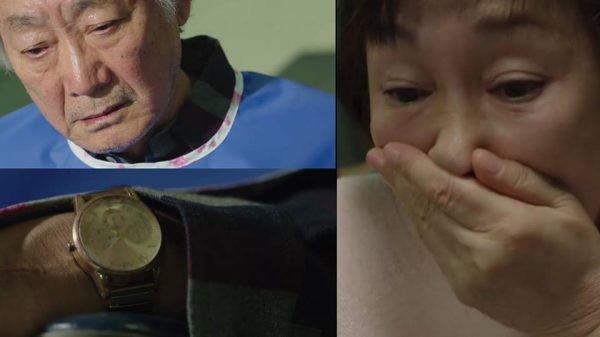 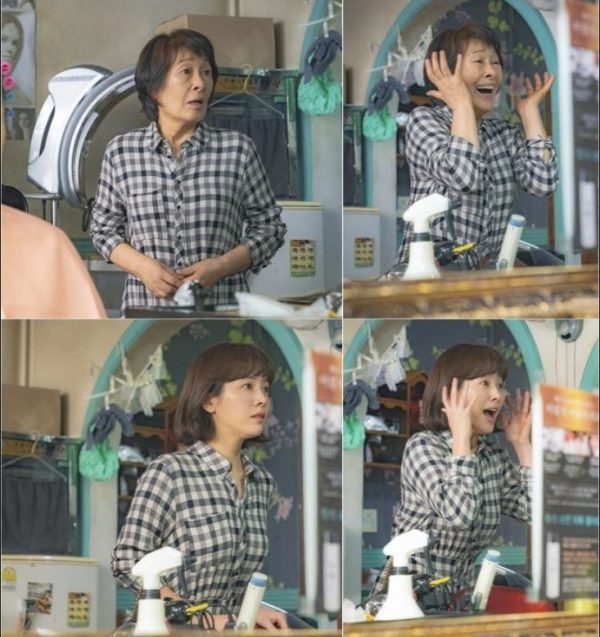 No matter how much I enjoy the acting of Kim Hye Ja, I’m glad to see Han Ji Min even for awhile. The Light in Your Eyes gets more romance in episode 6 as Hye Ja and Joon Ha go on their dream date. That is, for Hye Ja, she’s imagining it since she came from being her elderly version. 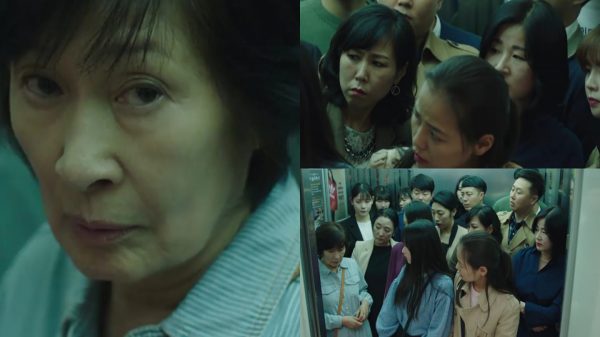 Overall, this was a heartbreaking episode in so many ways. The elevator scene at the beginning of the episode was very painful. It made me question myself if at times I discriminated others. Because of this drama, I’ve started to be more conscious of how I treat people who are older than I am.

Obviously, Hye Ja’s dream was a clever but mean twist in this episode. Like everyone else, I’m sure we were all excited to see the young Hye Ja back. However, I feel it was necessary because the dream strengthened Hye Ja’s resolve to get back to her original body.

As a viewer, how wonderful it was to have a few minutes of just lighthearted romance. As much as I am enjoying the drama, it’s becoming a bit too heavy for me. In fact, Hyun Joo and Young Soo’s storyline has started to really gain momentum for me. I look forward to their scenes together because of how cute they are.

The Light in Your Eyes airs every Monday and Tuesday on jTBC. It is also available on Viu. 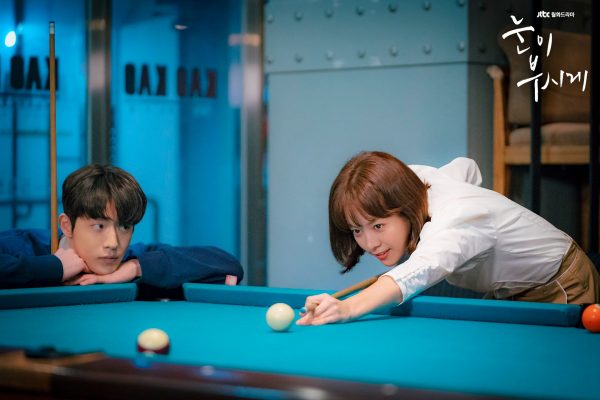