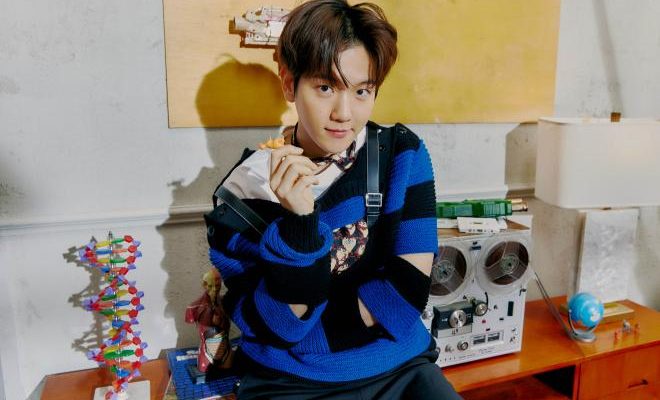 EXO’s main vocalist Baekhyun will once again bless both K-Pop and K-Drama fans’ ears as he lends his soothing and warm voice to an upcoming SBS drama!

Baekhyun of powerhouse boy group EXO will be the first runner in the official soundtrack of the upcoming SBS drama Lovers of the Red Sky. 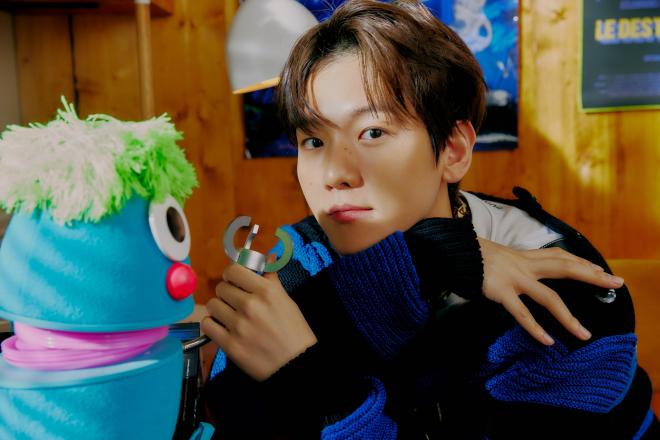 On August 26, SBS announced the artist’s participation through a special teaser video containing the happenings behind the idol’s recording.

Uploaded through the network’s official social media accounts, the first few seconds of the video show an empty seat with a mic standing in front of it as well as a screen that shows the length of the song.

As the clip progresses, fans can then see bits of Baekhyun’s stunning facial features, while he focuses on singing every note and part of the song called “Is It Me?” effortlessly and flawlessly.

Spectators can only witness parts of the artist’s physique yet the clip is solid enough to raise their expectations. This only attests as to how incredible the idol’s influence and popularity is and how he always gives his very best in every task that he needs to do.

His soothing and honey-like vocals alone is already an enough reason why the drama should be on everyone’s must-watch list.

This special project will mark as Baekhyun’s latest venture since he enlisted in the military earlier this year. He worked on it prior to his service which explains why he still has long hair in the clip.

Furthermore, it will also mark as his eighth time to feature in an OST since he sang a sweet and emotional track for 2021 tvN drama Doom at your Service titled “U.” He also took part in the OSTs of other popular dramas such as Dr. Romantic 2, Record of Youth and Do You Like Brahms?.

With Baekhyun’s participation and interpretation, “Is It Me?” will surely make EXO-Ls, who all have been waiting for updates regarding his service, happy. To add, the song will also enhance and increase the immersion of viewer’s to the upcoming drama.

Falling under the fantasy genre, Lovers of the Red Sky will tell the story between Hong Cheon Ki, a female painter with divine powers, and Haram, who is capable of reading constellations in the sky.

Meanwhile, Baekhyun will officially release “Is It Me?” on August 31 at 12 PM KST.