The teenage crime drama will have its global premiere through the streaming platform in April.

Extracurricular tells the stories of high school students who gets involve in a crime and the consequences they have to face in the aftermath. On March 19, the production unveiled four character art images to introduce the main cast. 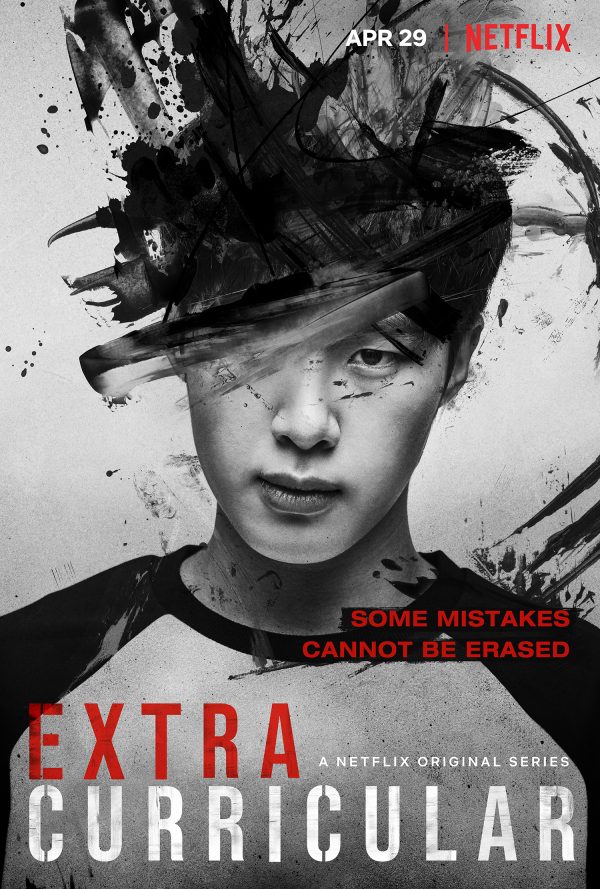 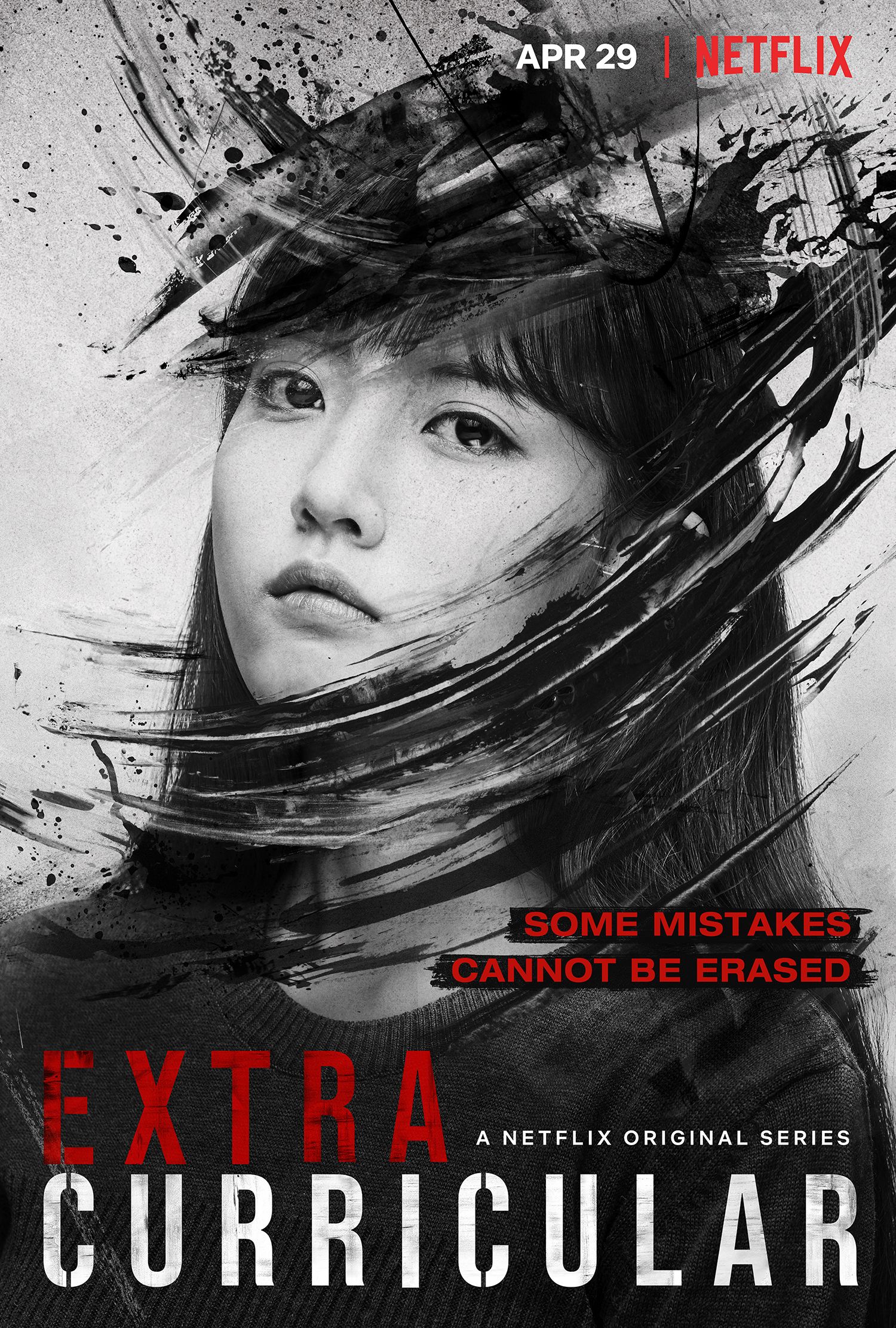 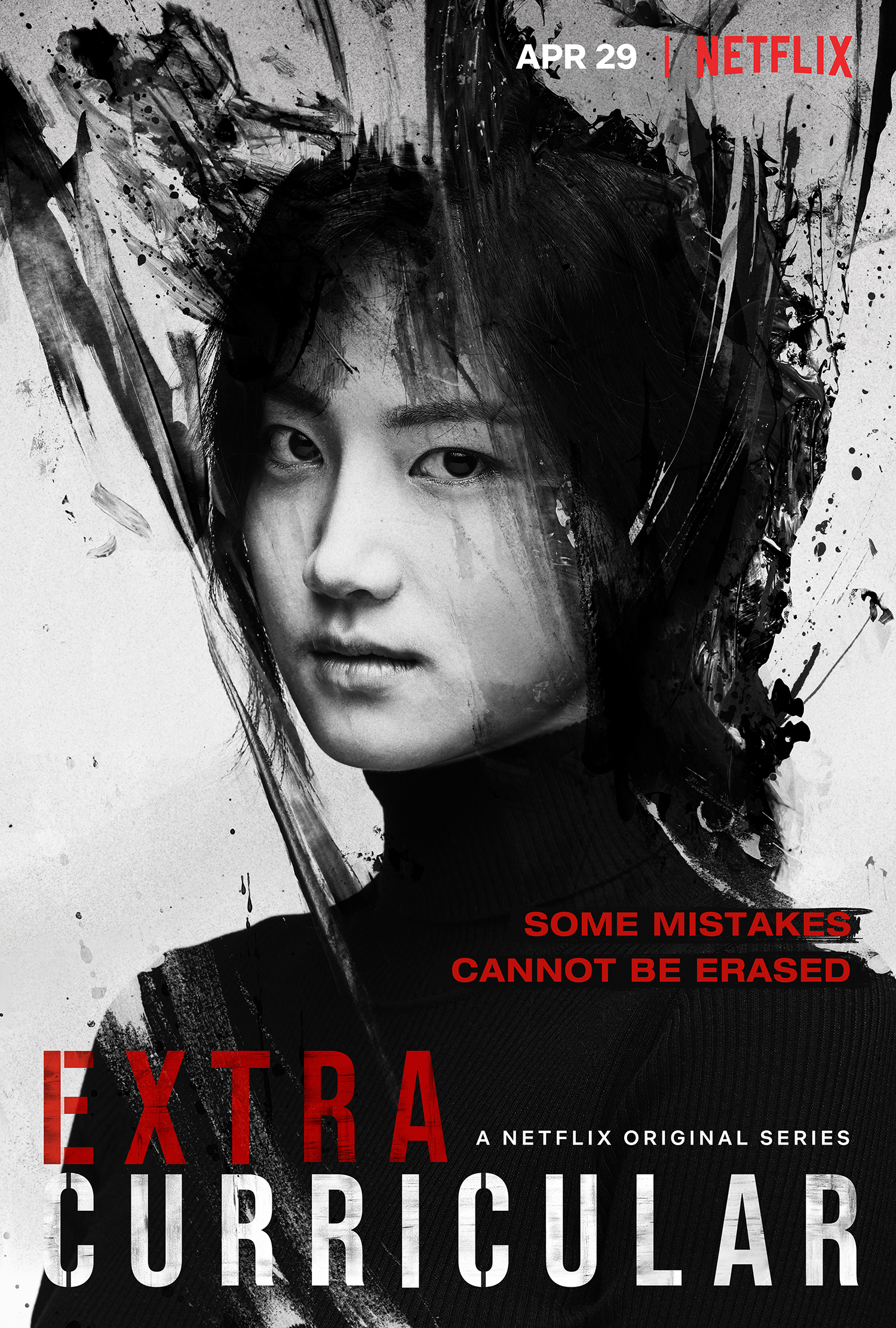 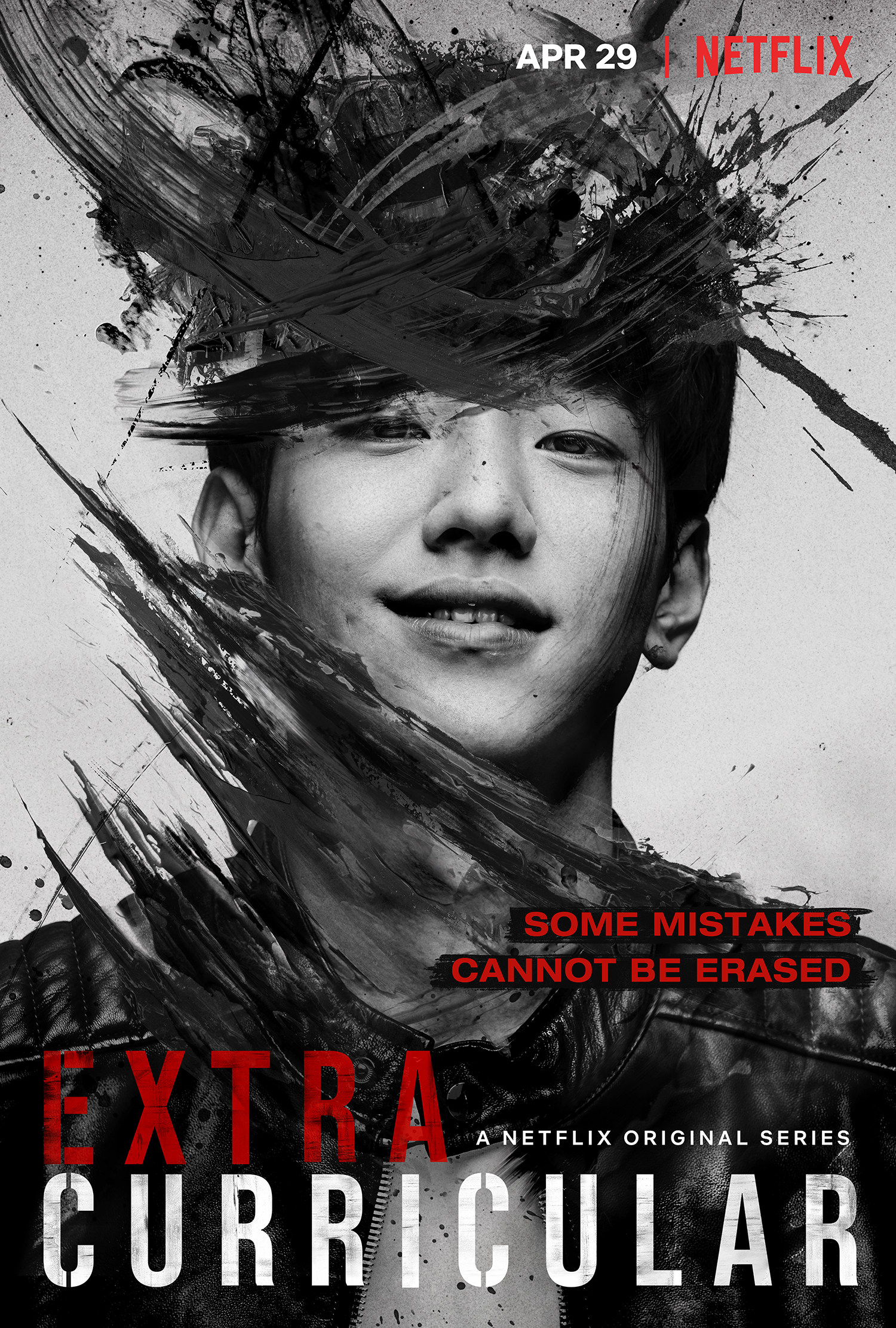 Fans of youth oriented Korean dramas are familiar with this young actor’s works. He starred in the web series A-Teen and in mainstream dramas SKY Castle and Itaewon Class. For Extracurricular, Kim will be playing a character that is different from the ones he did. Oh Ji Soo is an outstanding student but will find himself embroiled in a crime.

Creators of Extracurricular discovered this talented actress who started his acting career starring in independent films and stage plays. In the drama she portrays Bae Gyu Ri, Min Hee’s friend, and just like her, Gyu Ri will also get entangled in Ji Soo’s crime.

Rounding up the main cast of youngsters is Nam Yoon Soo. This model-actor who has several roles in web dramas stars as Ki Tae, Min Hee’s boyfriend and the school’s bully.

The posters are in black and white background. The claw marks on each character image added more intrigue and offered an impactful visuals. The tag line “Some Mistakes Cannot Be Erased” draws interest on how the choices of these students will affect and change their lives.

Extracurricular, Netflix original series will have its global launch on April 29.

Hellokpop, as an independent Korean entertainment news website (without influence from any agency or corporation), we need your support! If you have enjoyed our work, consider to support us with a one-time or recurring donation from as low as US$5 to keep our site going! Donate securely below via Stripe, Paypal, Apple Pay or Google Wallet.
FacebookTwitter
SubscribeGoogleWhatsappPinterestDiggRedditStumbleuponVkWeiboPocketTumblrMailMeneameOdnoklassniki
Related ItemsExtracurricularJung Da BinKim Dong HeeNam Yoon SooNetflixPark Ju Hyun
← Previous Story Han Sung Min, A.C.E’s Chan, And More Complete Cast Of Upcoming Web Drama With Kim Woo Seok
Next Story → Weki Meki’s Doyeon Joins Kim Min Kyu As Leads In Upcoming Playlist Web Drama