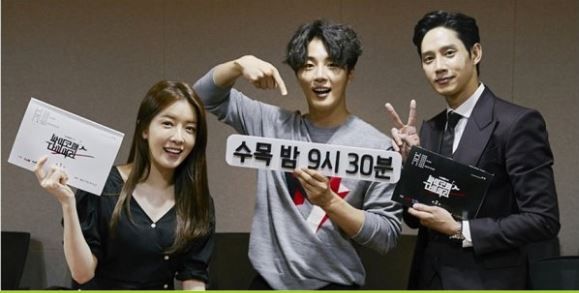 Top-billed by Yoon Shi Yoon, Jung In Sun and Park Sung Hoon, the upcoming drama tells the story of a man who witness the crime of a serial-killer. While running away from the murder scene, he met an accident, and wakes up without a memory and recollection of the killing that he saw. 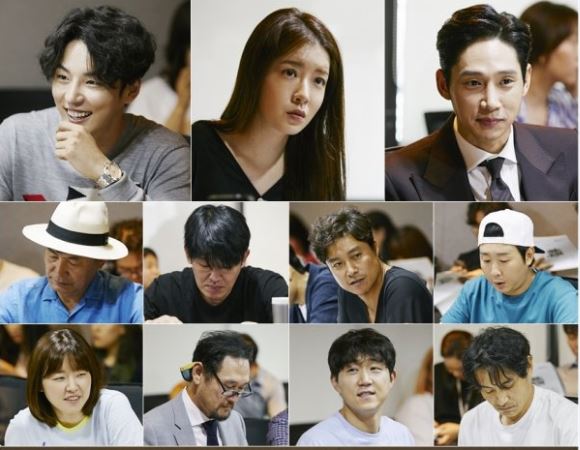 Present in the gathering are its main cast and production team. Adding to the anticipation is its creative team spearheaded by Director Lee Jong Jae (100 Days My Prince) and writer Ryu Yong Jae (Liar Game).

Prior to the beginning of the script read through, writer Ryu Yong Jae said, “Our work is a story that believes and changes as the main character thinks about who he is. I think that belief can actually change many things. That’s why I think I’m writing a genius character myself.”

“I think everyone will achieve the best work if they do their best. We will do a pleasant work together,” Director Lee Jong Jae added.

Challenging himself for yet another remarkable role, Yoon Shi Yoon takes the role of the unfortunate crime witness, whose dark side will be unleashed, when he woke up holding a “psychopath diary” without recollection of the murder that he saw.

Expressing to work diligently, Yoon promised to do his best for the new project. Meanwhile, Jung aspires to do her effort to achieve a reward vacation for the team.

The pleasant energy and atmosphere were evident as the actors immerse earnestly in the script reading. Focused on his role, Yoon revealed facets of different tones that will be key points to anticipate in his two-sided character.

In addition, Jung In Sun was full of enthusiasm as she channels neighborhood police officer Shim Bo Kyung. Creating a bright atmosphere, her character followed the footsteps of her father who used to be a revered detective. However, reality hits her hard when her father lost all that he has because of a mistake. Her life gets entangled with Yoon’s character after causing the accident that lead to his amnesia. From there, she moves to uncover the mystery surrounding him.

Suiting up the villain role Seo In Woo is Park Sung Hoon. The psychopath who will start an outwitting game with the heroes. Embodying a cold stance and gentle charm, he is a director of a securities firm who is the real owner of the diary. Committing murder, he hides his quenchless psychopath tendencies behind his power and position.

Inviting the K-Drama patrons, the production team promises to work hard for Psychopath Diary. It is scheduled for the first broadcast in the second half of 2019.