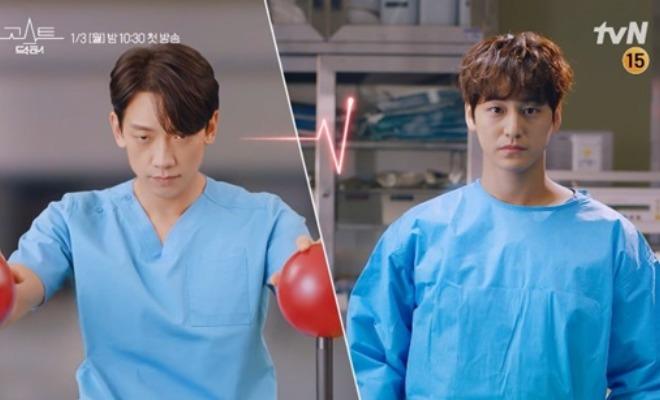 Ghost Doctor starring Rain and Kim Bum is a medical fantasy drama about two doctors who are complete opposites of each other but will end up sharing bodies. Playing the role of Cha Young Min, an arrogant but genius doctor is Jung Ji Hoon (Rain). Meanwhile Kim Bum is portraying Ko Seung Tak, a resident born with a silver spoon. 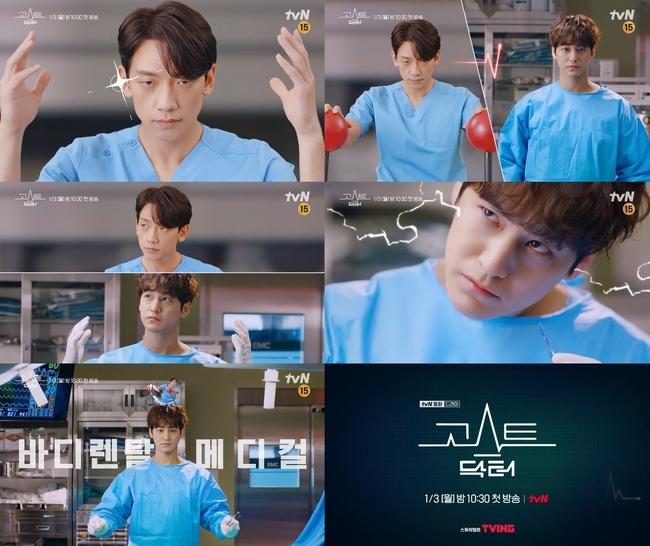 In the 15-second video teaser, an expressionless Ko Seung Tak enacts every action just like a robot as Cha Young Min takes control from inside his body. Kim Bum’s movements in accordance with Rain’s command through a control stick raise curiosity as to the kind of story the drama will tell. As the teaser ends, Rain’s voice can be heard saying, “A body-rental drama. Ghost Doctor premieres in January.”

Anticipation is high as there is much curiosity on how the drama will narrate the story of two individuals with different personalities and hailed from different backgrounds meld into one body.

Also included in the cast are Apink’s Son Na Eun and Uee. PD Boo Sung Chul, whose works include The Heirs, and My Girlfriend is Gumiho, takes on the Director’s chair. Writer Kim Sun Soo of Live Up to Your Name is in charge of the script.