It looks like a story set in the Korean entertainment world is a recurring favorite this year.

A new one is coming up from JTBC as the channel confirmed the lead cast for its newest project titled IDOL (Idol: The Coup). The series draws the story of an unsuccessful idol who aims for “one last success” before disbanding.

Penning the script is writer Jung Yun Jeong who worked on Misaeng, Tale of Arang and The Bride of Habaek. In charge of the production is director Noh Jong Chan of Personal Preference and Clean With Passion For Now fame. 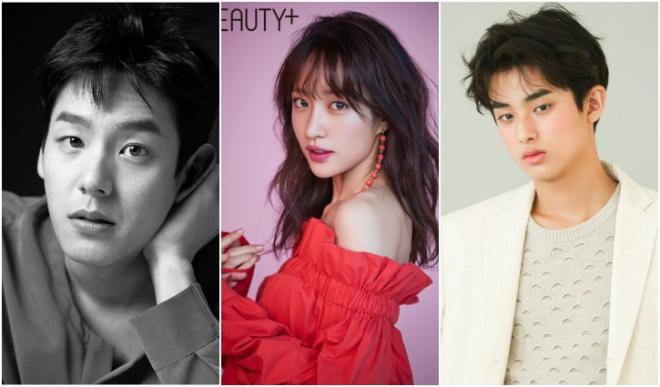 Broadening her acting spectrum, Ahn Hee Yeon (Hani) plays the role of Kim Je-na, a member of the girl group Cotton Candy who has been failing after six years since debuting.

Portraying Cha Jae-hyuk, the CEO of entertainment company Star Peace which houses Cotton Candy is Kwak Si Yang. He is a perfect example of a human calculator who only developed his left brain and always aims for monetary profits.

The drama IDOL The Coup is the story of young people who proudly throw their dreams with dignity. A special farewell guide for those who cannot part with their failed dreams.

Aiming to show a side of the youth of this age who repeat failures and challenges while traversing the growth of young people who work hard and take courageous steps to pursue dreams without any regrets.

In addition, a team of professional producers, artists, and creators collaborate on music and performances to be presented in the play. As a result, expectations for IDOL: The Coup, which will perfectly fit the charm of a music drama with exceptional quality, is rising.

Foreshadowing the birth of a new music drama with a different texture from the existing ones, IDOL will be backed up by Korean-American production teams: Take2 and JTBC Studio.

IDOL The Coup is slated for a premiere in the second half of the year.