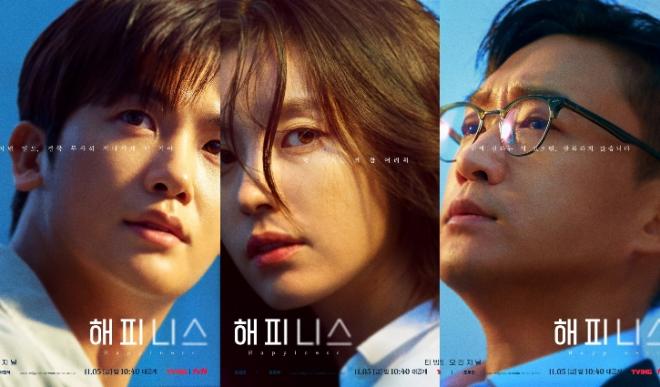 The lead stars of Happiness challenge unexpected horror that has overwhelmed their once ordinary existence.

Happiness depicts the lives of people isolated in high-rise apartments where a miniature version of hierarchial society occurs. The fierce class discrimination and psychological warfare for survival emerge as an infectious disease hits the city. In a space where daily life collapses and existing values ​​sway, the realistic fear of doubting and guarding each other would be drawn in the story.

Raising expectations, not just for its starring actors, Happiness boasts acclaimed showrunners with proven hitmaking status. Helming the project is Director Ahn Gil Ho whose popular works include Record of Youth, Memories of the Alhambra, and Stranger. He will reunite with writer Han Sang Woon since their collaboration on Watcher. The screenwriter also wrote The Good Wife and Spy.

In the published posters, the lead cast confronts a fear they had never experienced before due to an unprecedented plague. 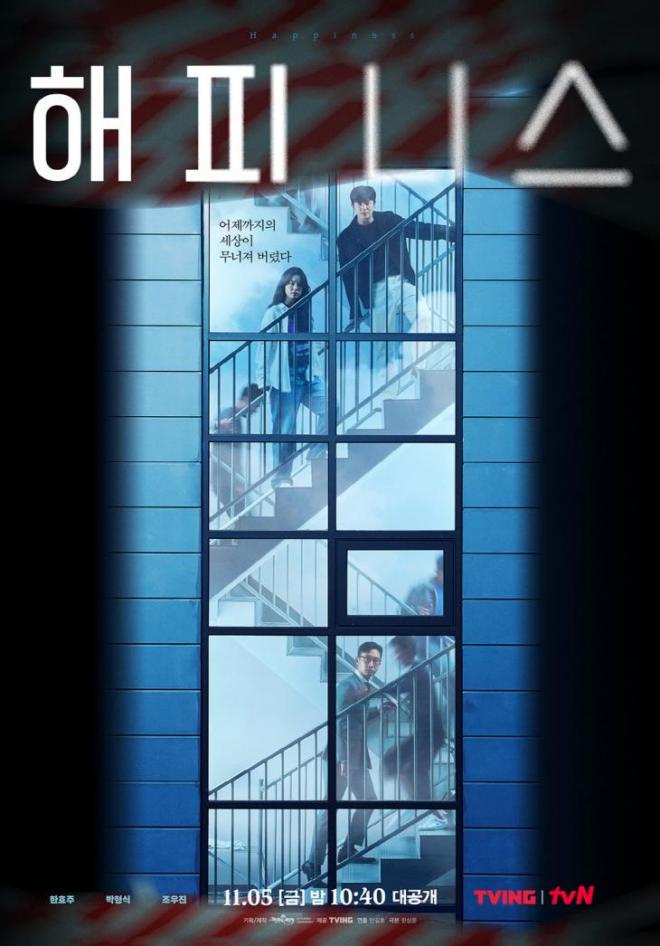 An Epidemic That Intertwined Three Lives

Yoon Sae-bom (Han Hyo Joo) succeeded in clinching the new apartment she has been dreaming of. However, her new home, which was supposed to be a haven, has now become a space lurking in danger. From the outbreak of an unknown epidemic, it caused a blockade of apartments, thus the residents are trapped in a crisis they face a crisis.

The phrase “it is very difficult to be happy” added to Sae-bom’s sharp eyes facing reality, emits her strong will to regain the happiness that is seemingly out of reach.

Likewise, Jung Yi-hyun, who came to live with Sae-bom’s unexpected proposal faces the same predicament. He struggles to defend the common good in the midst of extreme chaos.

In his poster, it says, “anything will pass safely in the end” complementing Yi-hyun’s intense eyes. It heightens attention to whether he will be able to protect precious things and regain a normal daily life.

Portraying Han Tae-seok is Jo Woo Jin. His anguished eyes also stimulate curiosity. The meaningful phrase “if you really want something, I will not give in” matches his look full of crossed emotions. Han Tae-seok is on a mission to control a rare contagious malady.

The production team of  Happiness said, “It is a story of ordinary people who face an extreme crisis. The struggle of those who do their best to survive in their respective places amidst unknown fear will unfold in an exciting way.”

Happiness premieres on TVING and tvN at 10:40 pm on November 5th. International fans can watch it on iQiyi.

FacebookTwitter
SubscribeGoogleWhatsappPinterestDiggRedditStumbleuponVkWeiboPocketTumblrMailMeneameOdnoklassniki
Related ItemsHan Hyo JoohappinessJo Woo JinPark Hyung Sik
← Previous Story “Would You Like A Cup of Coffee?” Lead Stars Share Charming Points About Their Characters & The Story
Next Story → Kim Yo Han Talks About His Character In Youth Drama “School 2021”