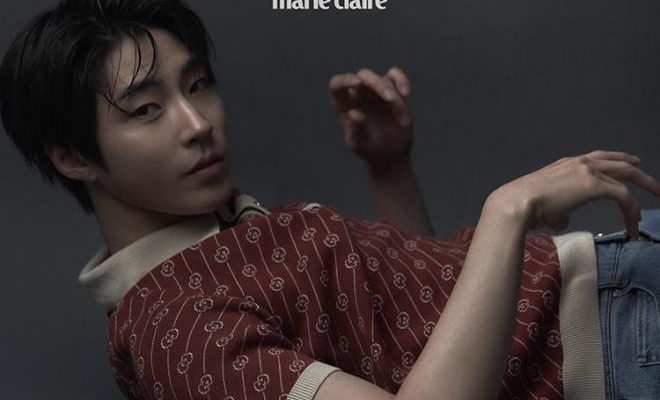 Hwang In Yeop Reveals Why He Started Acting Late

Proudly showing the world that he can pull off any trend and concept, Hwang In Yeop took fans into visual haven in his newest pictorial with Marie Claire!

Rising actor Hwang In Yeop shows off his lethal and alluring charms in his latest photoshoot with Marie Claire. 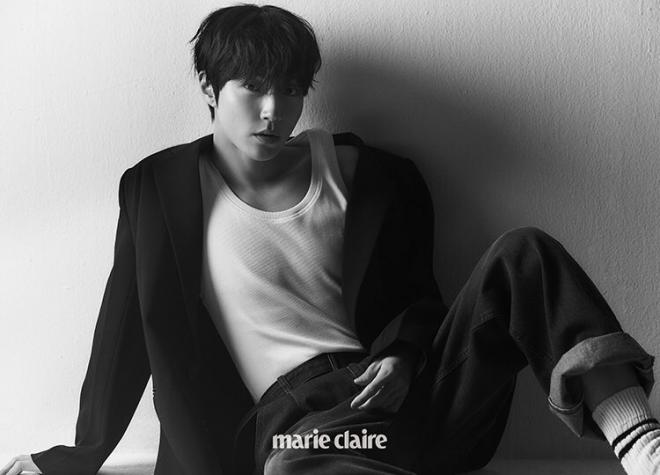 The hardworking artist graced the pages of the top fashion magazine with his insanely attractive and irresistible visuals. The minimalist and extremely stylish outfits he wore brought out his new side that fans have never seen before.

Shot against plain and dark settings, the pictorial highlighted the actor’s strong and authentic charisma. In Yeop’s manly and confident aura also gave more character to the daring concept of the photoshoot.

Moreover, the actor also made many heads turn with his golden physique and alluring overall image. With his stunning and distinct facial expressions, the charming artist also proved he can nail other things apart from acting, like starring in a trendy and unconventional photoshoot. 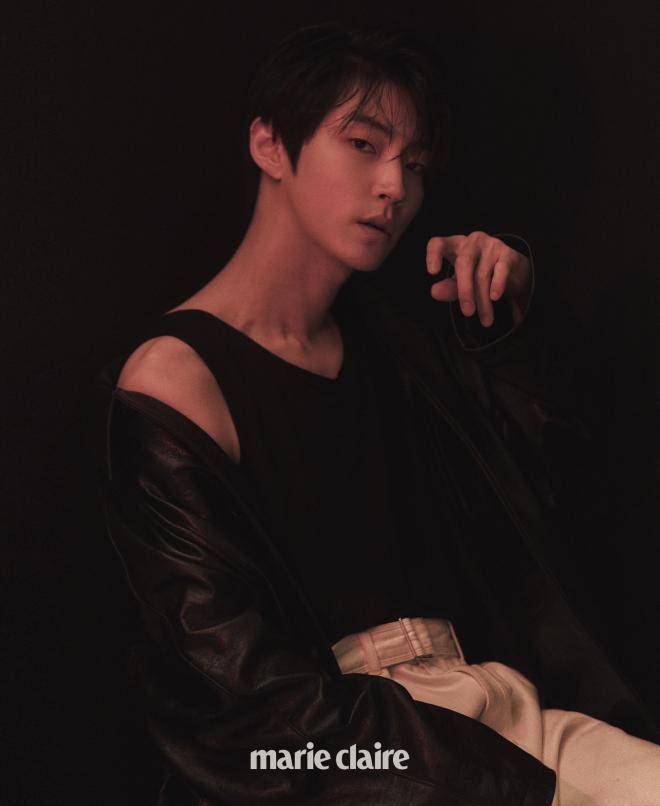 As he embraces a new image in the pictorial, the well-rounded artist showcases his signature straightforward gaze that will make fans’ hearts flutter.

ON BEING AN ACTOR

In an accompanying interview, In Yeop shared bits and pieces of his life as an actor as well as his personal thoughts. 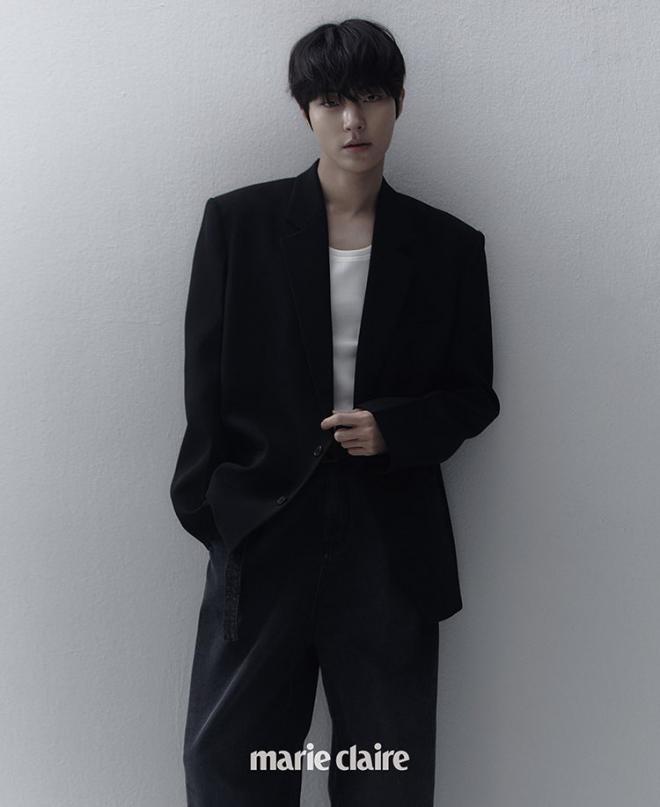 The actor got his breakthrough with his portrayal of the character “Han Seo-Jun” in the drama titled True Beauty. Prior to that, he also gained favorable reviews and praises for his performance in 18 Again as Goo Sa-Jung.

However, In Yeop admitted that he was too timid to try out for acting roles during his early 20s. It is the reason why he started a bit late compared to his current colleagues.

He said, “If it’s following my wish, I might start working as an actor when I was a little younger but I can’t … But I [also] imagined that if I started 5 years earlier, I think that I might not do really well either.”

Despite this, he still feels thankful for making the right choice which led him to where he is today. “I like how it turned out now. It might be better for me to start earlier, but if I did, I have things that I might lose too,” In Yeop added. 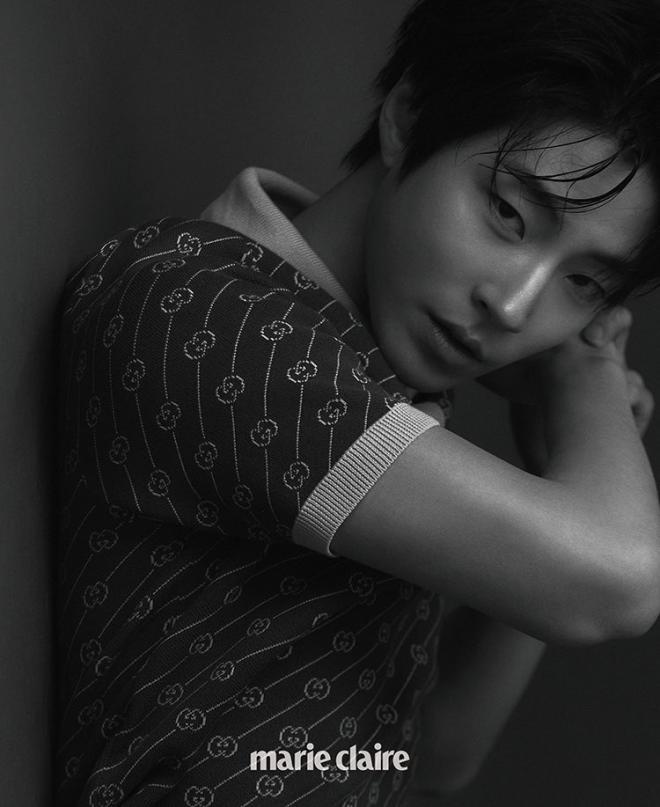 The actor also shared that he tries not to rationalize anything that comes his way, whether it may be about his actor life or personal life. His way of thinking and prioritizing getting things done with honesty got him the roles he wanted.

Just like any other actors in the field, In Yeop still also feels confused from time to time whether the job that he has right now really fits his personality. He also questions his experiences and whether he is getting any better at his craft.

In order to combat his negative thoughts, the dazzling actor revealed he likes to spend time alone and writes his thoughts down rather than doing something that could only worsen his insecurities.

He said, “I’m working hard on thinking concisely by writing down what am I thinking about right now and what I wanted to do. I’m the type of person who fully utilizes my alone time. Instead of meeting people, I listen to music and walk alone as they help me a lot.” 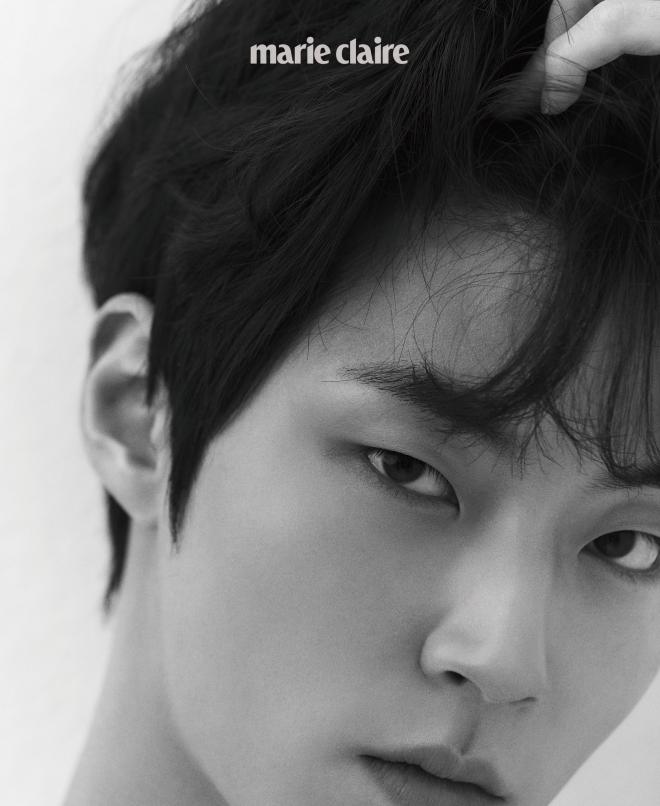 When asked about what he wants to do first if he is living alone, In Yeop shared that he will probably cook since he enjoys it a lot. “Not long ago I made tteokbokki and it was tastier than I thought. I wanted to try putting a table cloth and setting up the table. Though it won’t last long [for sure] (laughs),” he shared.

Fans can see more of In Yeop’s charms and read his fun interview in the May 2021 issue of Marie Claire magazine, as well as on its official website and SNS accounts.

Meanwhile, In Yeop is set to appear on the upcoming drama The Sound of Magic, together with Ji Chang Wook and Choi Sung Eun.