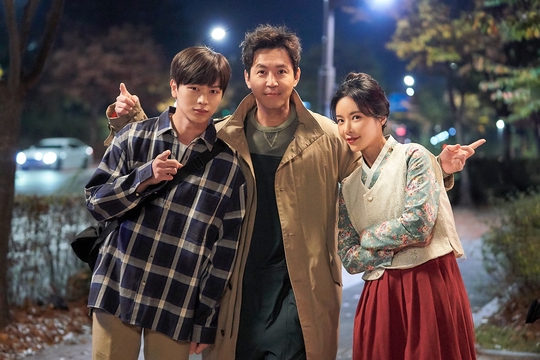 Ssang Gab Pocha is a fantasy drama, which unleashes the story of a mysterious woman. She runs a mysterious outdoor drinking stand called Ssang Gab Pocha, with a pure young part-timer who can explore into the dreams of his customers and help them resolve their problems. With the goal of complete pre-production of the drama, the shooting ended at the end of February and is currently at a post-production stage.

Announcing a perfect return after two years, Hwang Jung Eum plays the role of Wol Joo, the owner of the drinking cart Ssang Gab Pocha. She does not belong to the world of the living or the dead, but rather performs the role of a counselor who helps in relieving the people from their world. The actress captured Wol Joo’s hot personality and unique tone and her expressions were very natural.

Yook Sung Jae plays Han Kang Bae who works at Gap Eul Mart’s customer service office, and is also a part-timer at Ssang Gab Pocha. He has the ability to extract secrets of people by simply getting in touch with them through physical contact. The actor displays perfect control of his emotions in the extreme situations. 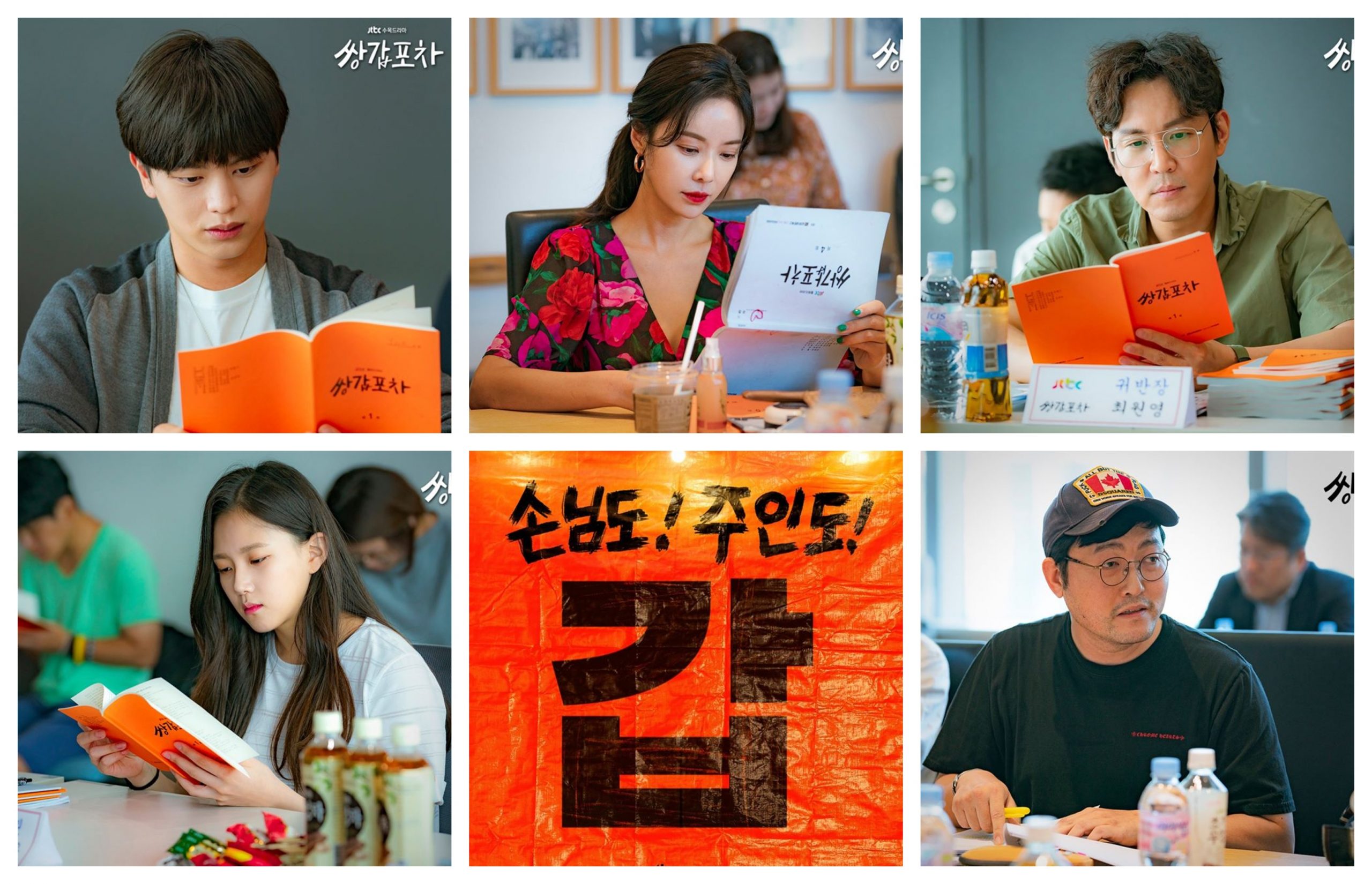 Portraying the role of Team Leader Gwi who is the manager of Ssang Gab Pocha is Choi Won Young. He was appointed to manage Wol Joo’s performance. The actor skillfully balanced between the laughter and the seriousness during the reading.

Joining these three are Lee Joon Hyuk who plays Department Head Yeom, a grim-reaper, and Jung Da Eun, who plays Yeo Rin, who works as a security agent for the Gul Mul Mart. Their unique character and stable acting maximized synergy with senior actors.

Ssang Gab Pocha is based on the webtoon of the same name by an artist named Bae Hye Soo, who received a 10-point rating from readers and won the Excellence Prize at the 2017 Korean Manga Awards. The story is refreshing, and has a delicate touch to soothe the hearts of tired people.

The drama is scheduled to premiere on May 20 via jTBC.

Hellokpop, as an independent Korean entertainment news website (without influence from any agency or corporation), we need your support! If you have enjoyed our work, consider to support us with a one-time or recurring donation from as low as US$5 to keep our site going! Donate securely below via Stripe, Paypal, Apple Pay or Google Wallet.
FacebookTwitter
SubscribeGoogleWhatsappPinterestDiggRedditStumbleuponVkWeiboPocketTumblrMailMeneameOdnoklassniki
Related ItemsChoi won youngHwang Jung-eumJung Da Eunlee joon hyukSsang Gab PochaYook Sung Jae쌍갑포차
← Previous Story WINNER Gifts Fans With A Fun-Filled MV For Pre-release Track “Hold” Featuring AKMU’s Lee Soo Hyun
Next Story → BTS To Sing OST For New Japanese Drama “Spiral Labyrinth – DNA Forensic Investigation”