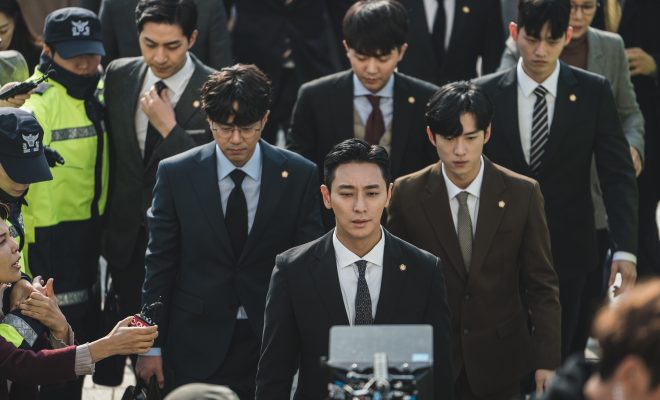 To be streamed on Netflix beginning February 21, HYENA takes the story of the grueling world of lawyers representing the elite class of South Korea. 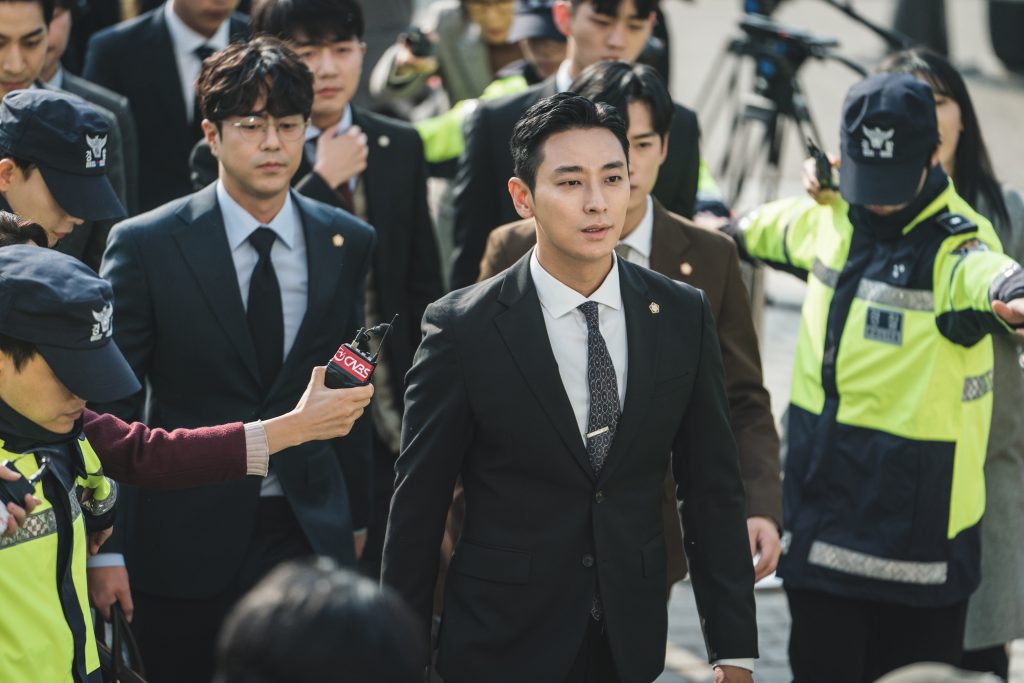 Supporting the crème de la crème of the society, Ju and Kim’s characters oppose through treacherous ways to remain victorious with their legal tasks and responsibilities.

In the released video, Ju Ji Hoon and Kim Hye Soo are shown in constant bickering mood as contending lawyers.

Jung Geum-ja is like a weed. A twisted thing in the garden of lawyers. She will use every last sexy trick in the book to make money, no matter how evil the means can be.

Born into the elites, Yoon Hee-jae is a world-class lawyer with an ego to match. He is an orchid in full bloom.

These two could not be more different, but they transform into hyenas at the service of their upper-class clients.

Hellokpop, as an independent Korean entertainment news website (without influence from any agency or corporation), we need your support! If you have enjoyed our work, consider to support us with a one-time or recurring donation from as low as US$5 to keep our site going! Donate securely below via Stripe, Paypal, Apple Pay or Google Wallet.
FacebookTwitter
SubscribeGoogleWhatsappPinterestDiggRedditStumbleuponVkWeiboPocketTumblrMailMeneameOdnoklassniki
Related ItemsHyenaJu Ji Hoonkim hye sooNetflix Hyena
← Previous Story Oscars’ 2020 Best Picture “Parasite” To Stream On Viu Starting February
Next Story → KARD Runs A Fiery And Intense Showcase Of Their Versatility In “Red Moon” Music Video