We are seeing a battle of popular male leads in the roster of January 2019 Korean Dramas. So, let’s join the wave and feel the new year love.

Romance tied up with genres like legal, fantasy, and melodrama will comprise the picture of the narrative viewers can expect as soon as the new year begins. 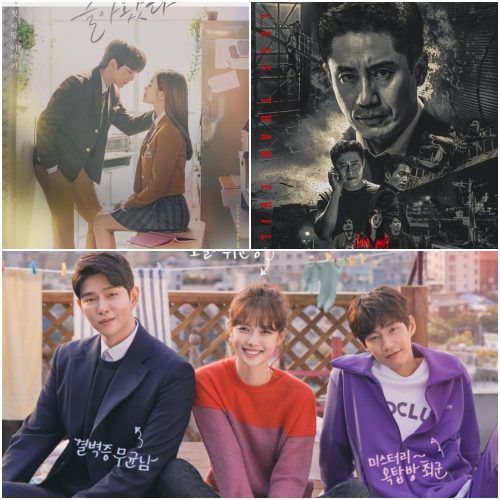 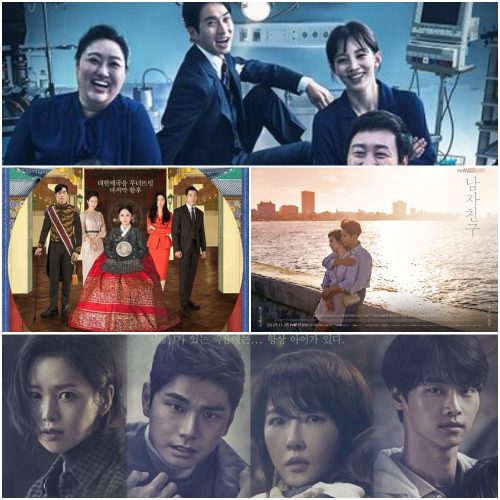 A Pledge to God (MBC)

Memories of the Alhambra (tvN) 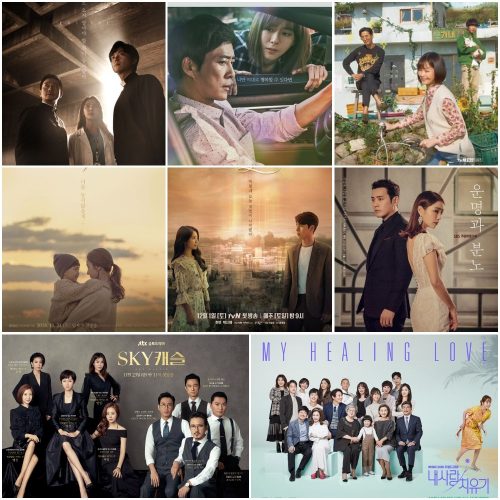 Here are the new stories to add on to your watch list from next month: 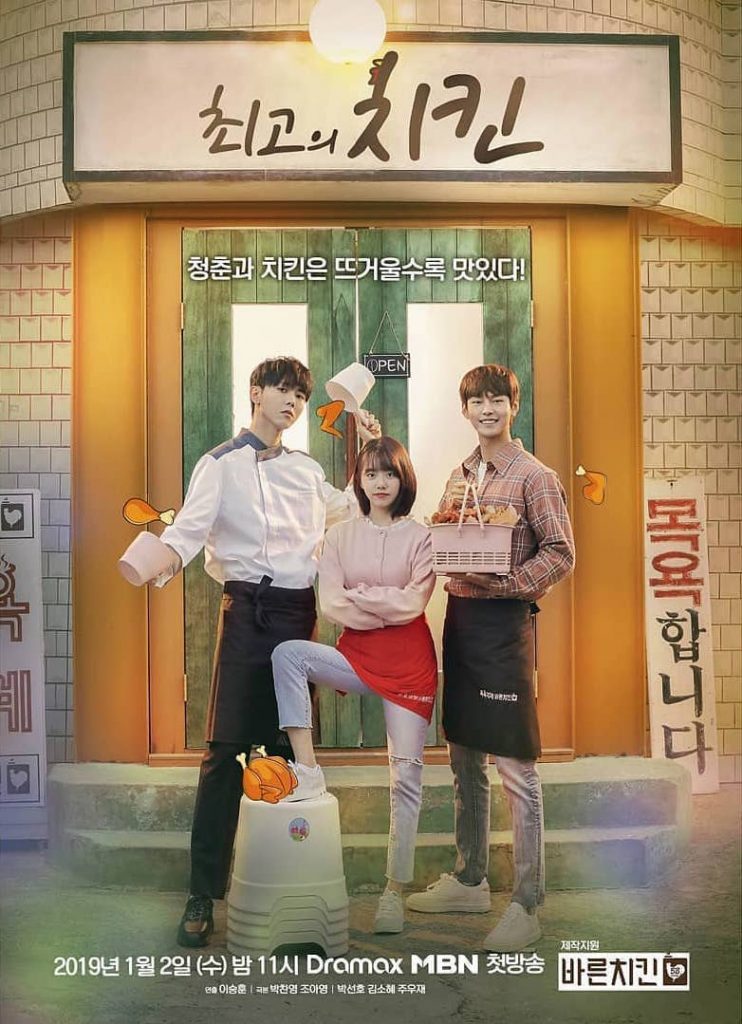 MBN’s romantic-comedy drama follows the theme of young adults chasing their dreams. It centers on the story of a man who decides to quit his job and starts a chicken restaurant business. Park Sun Ho (A Poem A Day), Kim So Hye, Jo Woo Jae and PENTAGON’s Hongseok were cast as the main leads.

Best Chicken will air on MBN and Dramax starting January 02, 2019. 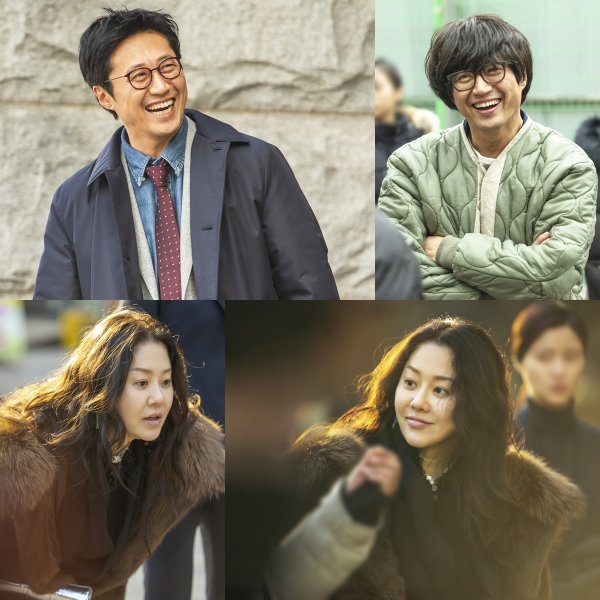 Contriving new corruption fighting stories that protect the innocent people, Neighborhood Lawyer Jo Deul Ho 2 aims to give a deeper and bigger resonance about the value of justice through its second serving.

Choi Wan Kyu of acclaimed period dramas The Flower in Prison, Gu Am Heo Joon and The Book of Three Han will pen the story through PD Han Sang Woo’s direction. It will begin airing on January 7, 2019 via KBS2. 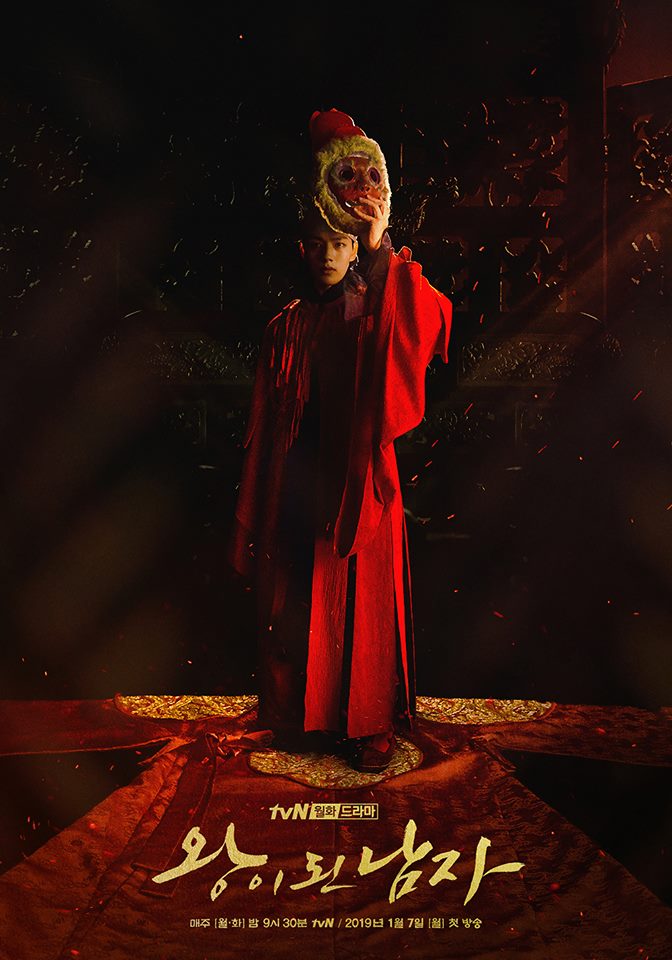 Based on the high-grossing movie Masquerade, the upcoming tvN drama takes the story of Prince Gwanghae who struggles during his reign as a monarch, battling the tumultuous power struggle in the palace.

He will switch place with a peasant named Ha Sun, after he survives another poisoning attempt. Yeo Jin Goo will play the dual roles of Prince Gwanghae and Ha Sun, while Lee Se Young will become his queen. 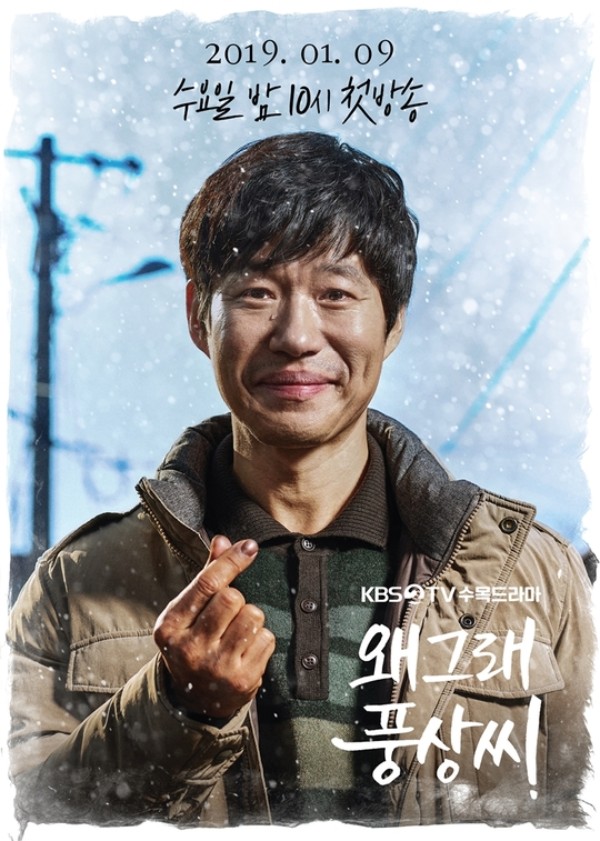 The drama eyes its first broadcast on KBS2 on January 09, 2019, after the conclusion of Feel Good To Die.

Spring Must Be Coming 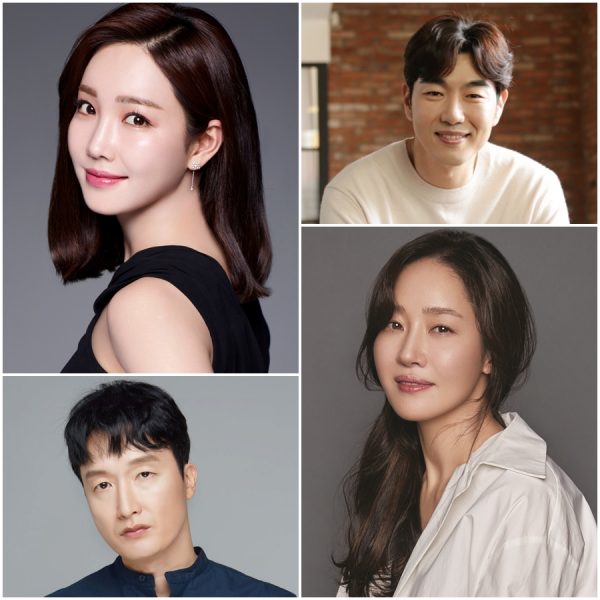 Powered by a stellar cast, the latest MBC offering aims to show an extraordinary romance. Spring Must Be Coming is a fantasy drama about two women swapping bodies unexpectedly, and is set to thread on how that twist will change their lives. Expect only the best from PD Kim Sang Ho, who directed hits like Arang And The Magistrate and When A Man Loves.

Lee Jong Hyuk will be making his small screen comeback, ending his hiatus after his drama Yeonnam-dong 539. He will be joined by actresses Lee Yoo Ri (Hide and Seek) and Uhm Ji Won (Falsify)

Spring Must Be Coming will be aired in January 2019 on MBC.

The Light in your eyes 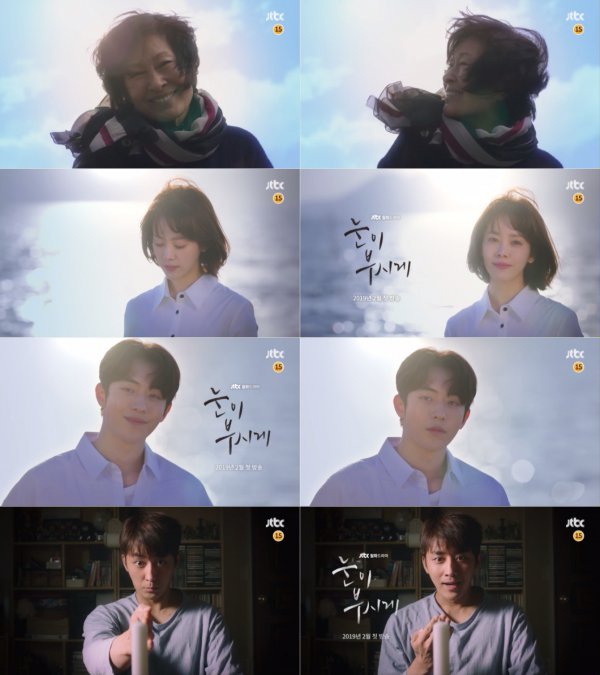 It’s another fantasy-romance offering for tvN as soon as the new year begins. Han Ji Min and veteran actress Kim Hye Ja will share the lead character of a woman who has been given the ability to time travel. Finding herself utterly unable to just watch injustice take place without being able to do anything about it, she works on her way to being a news anchor. However, despite her abilities and positive mindset, she ends up being in complicated situations no matter what she does.

Nam Joo Hyuk will take on the role of aspiring reporter Lee Joon Ha, who has been so built on chasing his dream that he ends up throwing away opportunities to enjoy the best days of his life. Son Ho Jun (My Secret Terrius) will be playing the older brother to Nam’s character.

The Light in Your Eyes aims for official launch in January 2019. *Note moved to February 4 airing date. 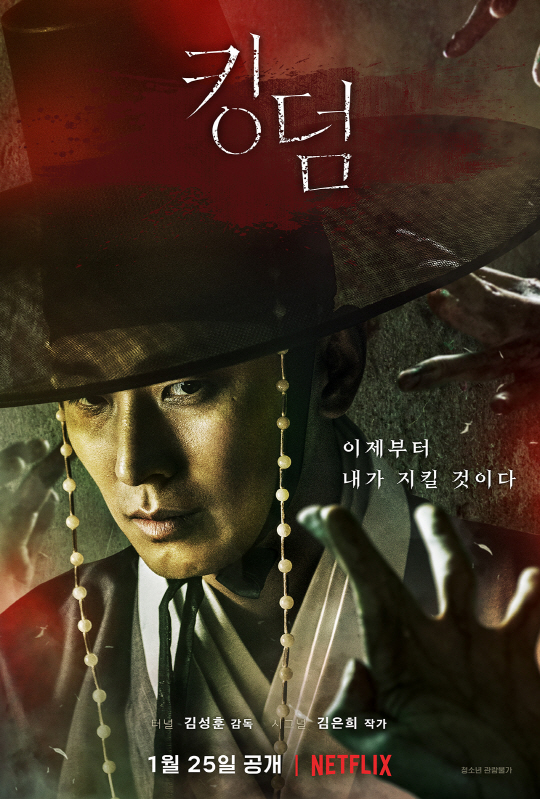 Kingdom is set for release on January 25 and will be streamed worldwide via Netflix. 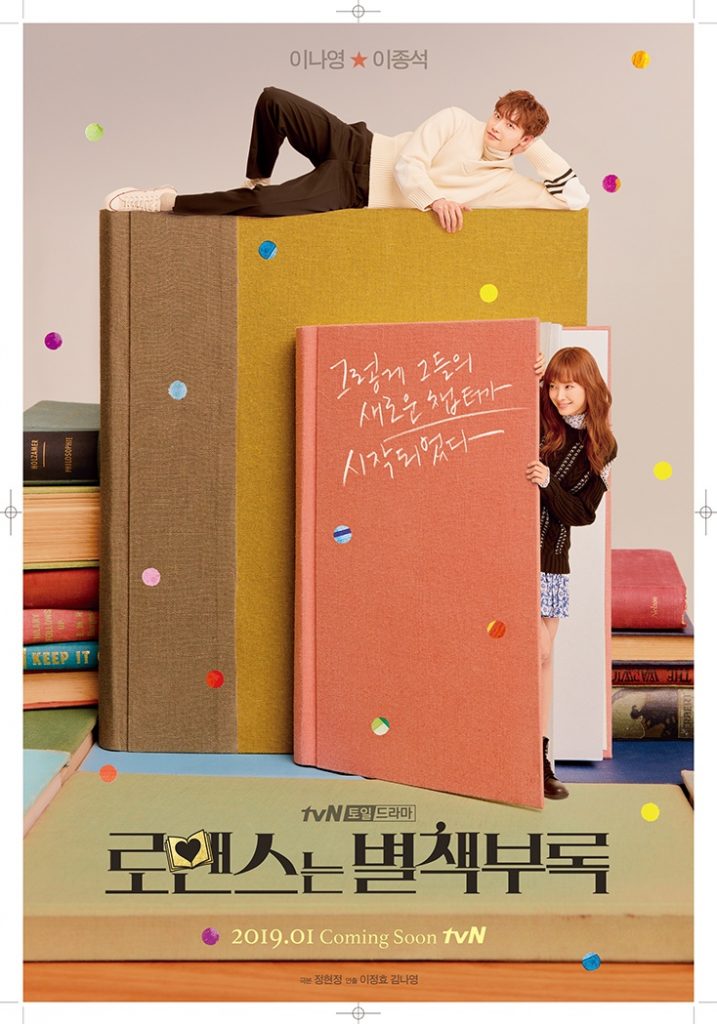 Expecting to delve on depictions surrounding the world of publishing books will be the fictional rom-com world that stars Lee Jong Suk and Lee Na Young come next month.

What makes this new series more exciting is his team-up with writer Jung Hyun Jung, best known for her works in Five Children, Discovery of Love, and I Need Romance trilogy. All these past works have displayed realistic, emotional and smartly written rom-com stories, which also sweetly haunted viewers with their respective lingering messages. Joining in for the creative aspect is Director Lee Jung Hyo, whose remarkable talent brought to life impressive dramas, The Good Wife and Life on Mars.

Romance Is A Bonus Book starts to shower fans with love from January 26, 2019 via tvN. 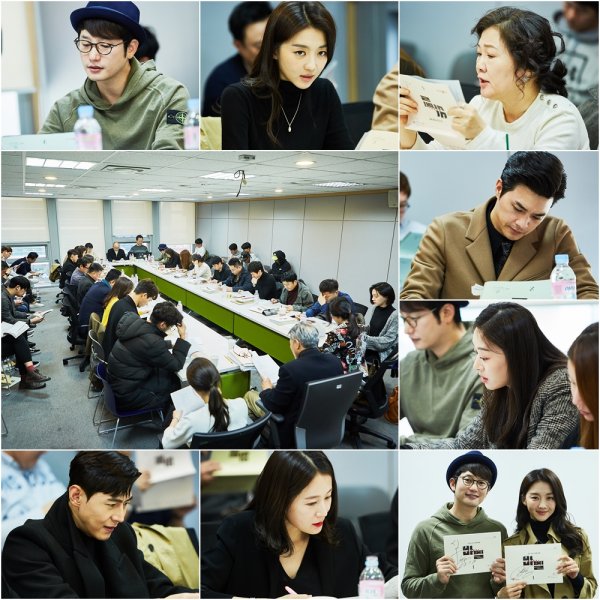 Babel spins the story of a man, who has forsaken everything for revenge. Park Shi Hoo is set to don a prosecutor robe who is tasked to investigate the woman he loves. The series aims to elaborate the greedy and cruel world within a rich household.

Kim Ji Hoon takes the role of the chaebol, who gets married to Jang Hee Jin’s character. He becomes involved in the company’s succession battle along with contention with the prosecutor, portrayed by Park Shi Hoo, who is loved by his wife.

The helming Director Yoon Sung Shik has scored hit dramas such as Bridal Mask, Lee Soon Shin Is The Best and Hwarang: The Beginning.

Babel is set for January 2019 broadcast via TV Chosun. 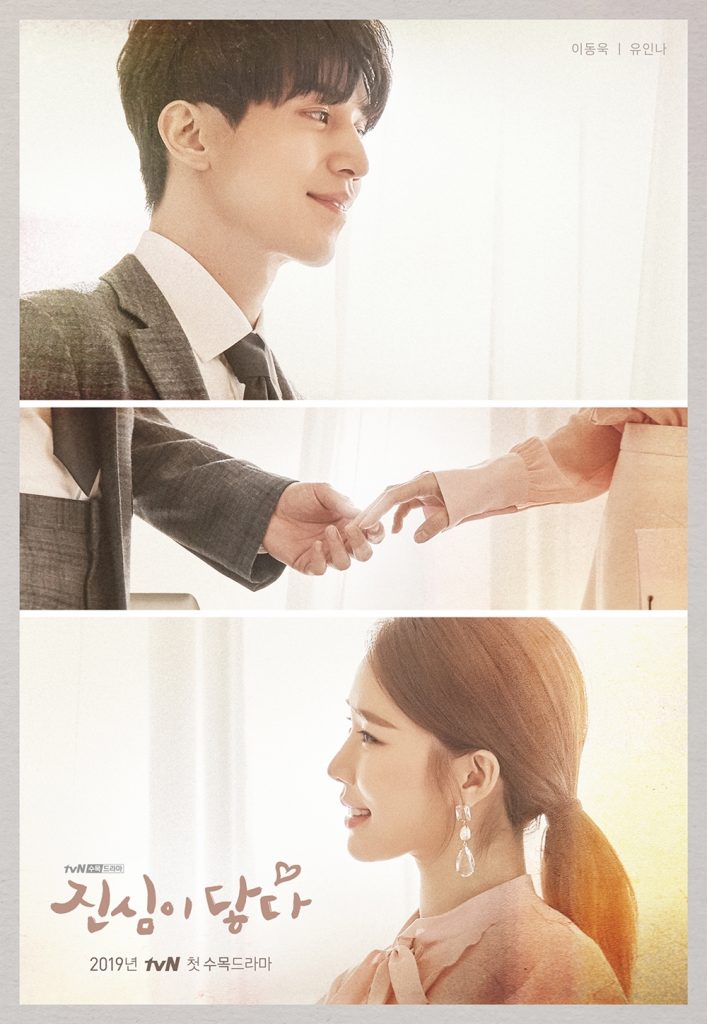 Two years after Grim Reaper and Sunny’s love pairing in Goblin, Lee Dong Wook and Yoo In Na will reunite again, this time to charm the audience in tvN’s lawyer-secretary romance drama. It will be directed by PD Park Jung Hwa, who has scored impressive rom-coms in the last two years, with Because This is My First Life and What’s Wrong With Secretary Kim?

In this new project, Lee suits up for a lawyer role — a second time for him since Partner. His character sketch is a perfect man with exemplary attitude and work ethics. Meanwhile, Yoo will challenge herself to a role of Korean wave actress Oh Yeon Seo, who is on a hiatus because of a scandal she got involved with, and will eventually become Lee’s secretary. It is also Yoo In Na’s second actress role since Queen In Hyun’s Man.