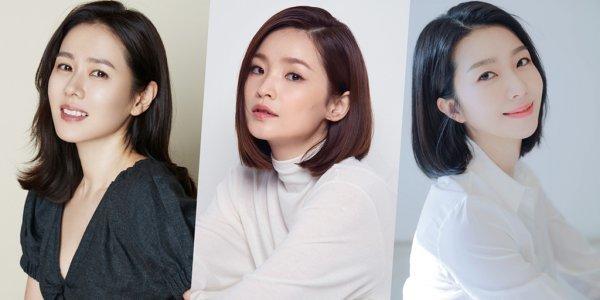 A female-powered series is underway for JTBC next year!

Affirming its remarkable lead cast, the channel is gearing up for the launch of Thirty, Nine.

Thirty-Nine is a 12-episode mini-series co-produced by Lotte Cultureworks and JTBC Studio. It traverses a real human romance that deals with the deep stories of friendship, love, and life among three female friends who are in their forties.

Writer Yoo Young Aah, who created several hit films, including the drama Encounter and the movies Kim Ji Young Born in 1982 and The Miracle of Cell No. 7 pens the script. Meanwhile, calling the shots for the production is director Kim Sang Ho who previously worked on Run On.

Son Ye Jin, Jeon Mi Do and Kim Ji Hyun are set to depict the daily life of thirty-nine-year-old friends who met by chance in their sophomore year in high school and have since become best friends.

First, Son Ye Jin suits up to the role of Cha Mi-jo, the director of Gangnam Dermatology Clinic. She is the central figure who grew up in a wealthy household and ideal family.

Taking the role of an acting teacher, Jeon Mi Do adds Jeong Chan-young as her newest K-Drama character. She initially wants to be an actor herself, but it didn’t work out so she settled to giving acting lessons.

Lastly, Kim Ji Hyun (Backstreet Rookie) portrays the role of Jang Joo-hee, a cosmetics manager at a department store. She has a timid personality and never had a proper relationship until she turned forty.

Thirty, Nine is scheduled to premiere in the first half of 2022.