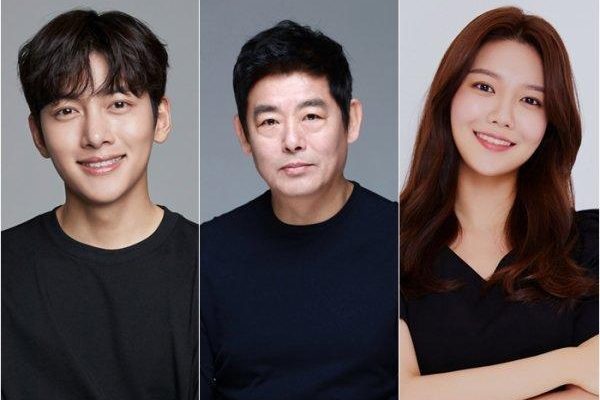 A&E confirmed the casting of these actors in the Korean original drama If You Say Your Wish.

당신이 소원을 말하면 If You Say Your Wish (LT) is a work inspired by an actual foundation that grants the last wishes of terminal cancer patients in the Netherlands.

Promising a moving and consoling drama, it revolves around a young man who enters a hospice hospital as part of his community service. Together with the hospital staff, he listens to the wishes of dying people in a bright and cheerful way.

Popular for his roles in Healer, Suspicious Partner and Backstreet Rookie, Ji Chang Wook suits up to the role of Yoon Gyeo-rye. Life has not been good to him. As he hopes to make things better for the last time, he volunteers at a hospice hospital. Through If You Say Your Wish, he plans to show a new side different from the previous one.

Lauded seasoned actor Sung Dong Il takes on the role of Kang Tae-sik, who works as a volunteer at a hospice hospital after losing the meaning of life. His drama portfolio boasts of hit and acclaimed works such Pawn, as the Reply series, The Cursed, It’s Okay That’s Love and more. He is set to appear in the eagerly-awaited series, Jirisan. Once again, his presence in this drama with his delicate inner acting and soft charisma draws anticipation.

Rounding up the lead cast is Choi Sooyoung. The singer-actress has consistently scored impressive actress including recent dramas So I Married An Anti-Fan and Run On.

If You Say Your Wish is directed by Kim Yong-wan of The Cursed as well as movies The Cursed: Dead Man’s Prey and Champion. Penning the script is Jo Ryong Soo who worked on the screenplays of I Can Speak and Golden Slumber. Backing up the project is Climax Studio, which produced tvN drama The Cursed plus the Netflix series D.P. and Hellbound.

A&E Networks Korea, a global media group created by a joint venture between Disney and the world’s largest media group Hearst Communications, will invest in the production.