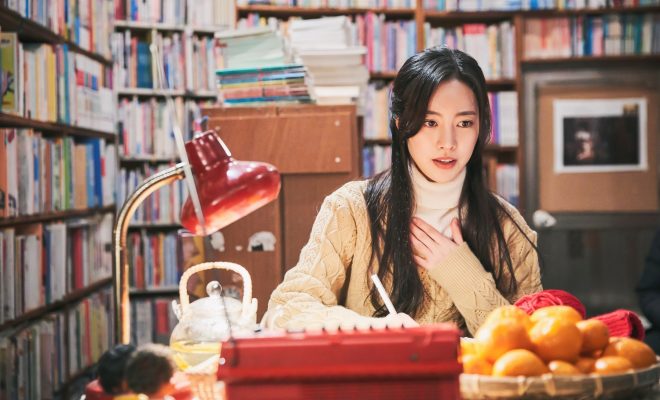 Slated for Spring broadcast, the new series is a mystery melodrama depicting the fate and resurrection of two men who fell in love with the same woman in their two different lives. Actors Jang Ki Yong and Lee Soo Hyuk are set to be the love rivals to the character Jin Se Yeon will portray. 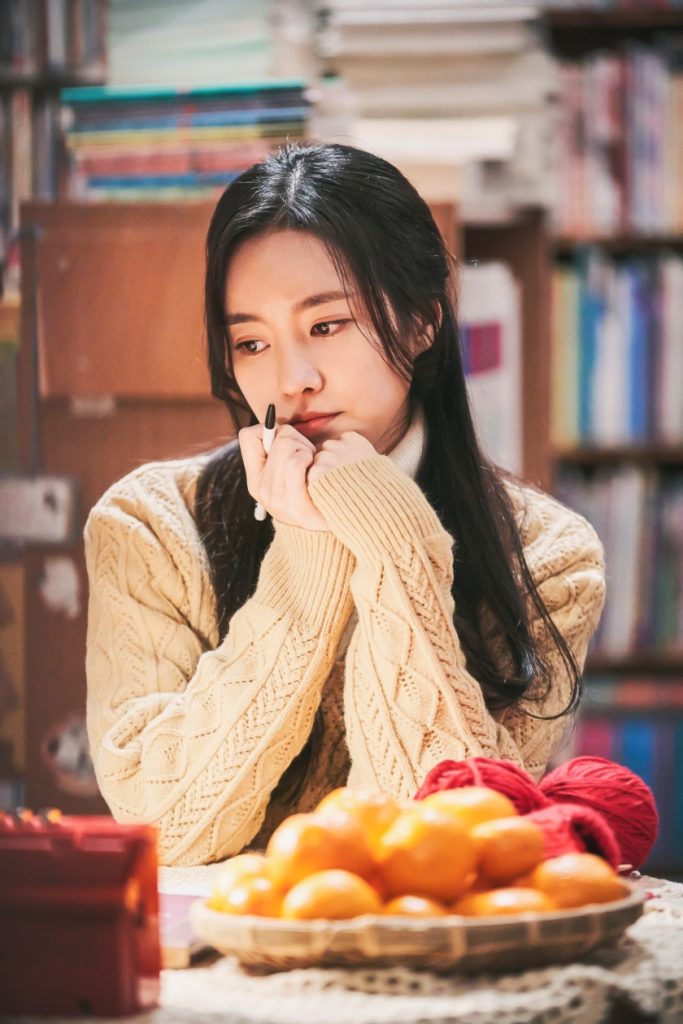 Threading on two timelines, Jin Se Yeon takes the role of Jung Ha Eun – a bookstore owner in the 1980’s who has a weak heart and Jung Sa Bin in the present time.

In the released photos, the actress is shown in the backdrop of the 1980’s. Holding a pen, she surmises blankly while listening to the radio. Behind her are book stands and red yarns. Another image shows her outside the bookstore holding an umbrella while seemingly waiting for someone. The yesteryear setting hypes anticipation to the upcoming KBS2 mystery melodrama. 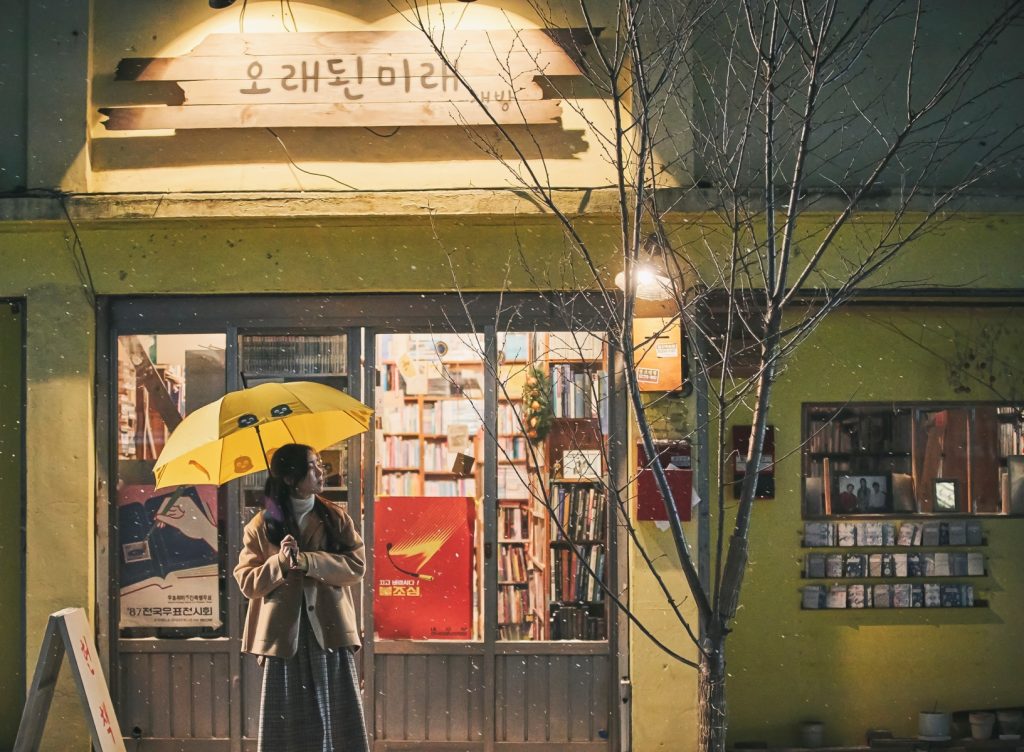 Recently, she starred in Selection: The War Between Women, she has also nabbed notable roles in dramas such as Bridal Mask, Flower of the Prison and Item.

The production team said, “Jin Se Yeon is well suited to the wistful sensibility of the 1980s. Jung Ha Eun will have a different vibe from Jung Sa Bin’s character which is what the actress will play in the present world.”

With reincarnation as one of the key plot elements, expect an immersing story this Spring. Additionally, the viewers can expect an enthralling narrative as the events from the past are set to be repeated in the modern time. 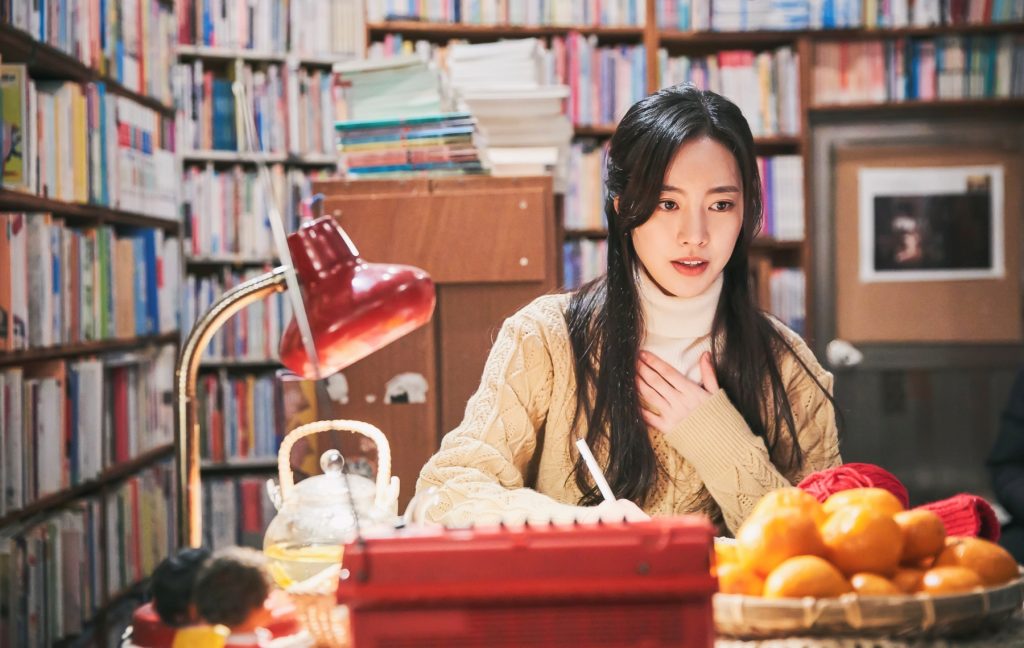