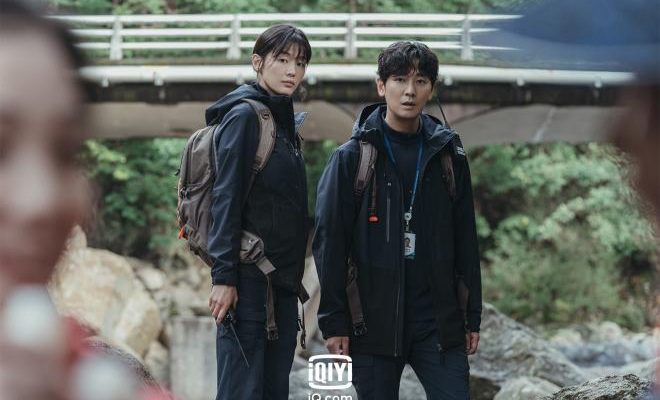 In the revealed poser, the lead stars are in the midst of snow staring intently around the mountains. Their contrasting backgrounds, in red and in blue, suggest unexplainable secrets that will soon unravel when Jirisan premieres globally and exclusively on iQiyi on October 23. 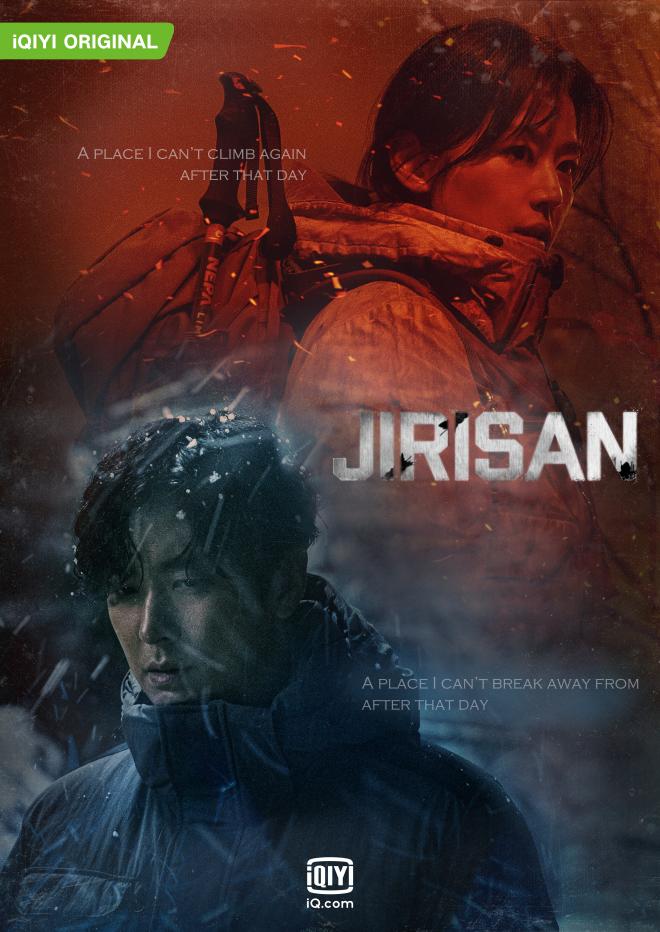 To many Koreans, Jirisan is a source of comfort, and is the focus of the storyline where national park rangers played by Jun and Ju, will have to overcome challenges including floods, fires and rescue missions.

The main poster portrays a chilling and gloomy ambiance, Jun’s steely gaze contrasted with Ju’s seeming sadness hide the mysteries that will unravel in the series.

A New Look for Gianna Jun

A trend-setting star, Gianna Jun’s appearance in Jirisan is inevitably in the spotlight. Leaving aside her usual goddess-like elegance, Jun is seen in fresh stills clad in the heroic national park uniform ready to save lives, yet with her poise and charm intact.

Especially in the photo of her with a torch mounted on her helmet, she appears like a beacon of hope in troubled times and is a calming force to all. Jun perfectly embodies the strength and professionalism of park rangers and the production team shared, “We hope viewers will look forward to Gianna’s great presence on the grand stage of Jirisan.” To writer Kim Eun-hee, Jirisan is a land of hope. Donghak religious followers in the late Joseon period and independent warriors during the Japanese colonial period both took refuge in this mountain. Even until now, many people still bring their heartbreaking stories to the mountain and flee away from lonely and hopeless cities.

Based on extensive and less traveled environments on Jirisan, the series focuses on people who seek ends, targets, or victims in the wild. It’s a thrilling but also heartwarming story.

Jirisan follows the team of national park rangers who are responsible for the search and rescue on Mount Jiri. Experienced ranger (played by Gianna Jun) and rookie ranger (played by Ju Ji-hoon) are set to unravel the secrets of the peak.