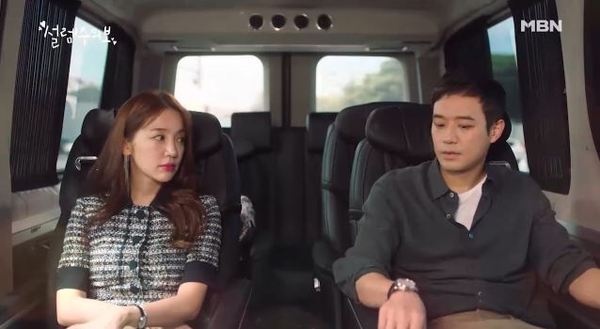 However, their journey to true love is not going to be easy as some characters are using their influence to block their path and attempt to separate the couple. 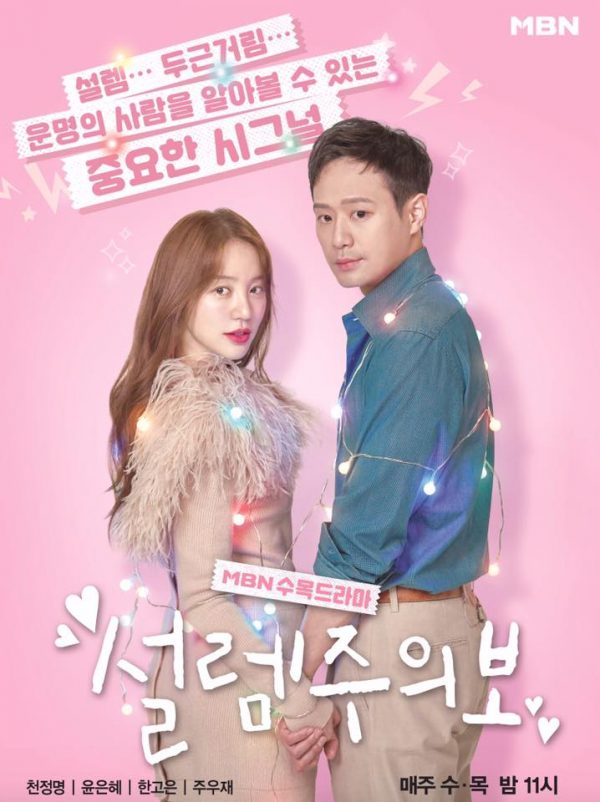 Cha Woo Hyun and Yoon Yoo Jung are finally in a real relationship. After a ton of awkward interactions and few scripted public dates, the couple decides to cross the line. Following the fire accident, Woo Hyun seems to feel a little bit territorial where Yoo Jung is concerned. He starts to show his jealous side the moment she plays around with her best friend Sung Hoon.

Their feelings get stronger and the turning point happens when Woo Hyun is stabbed. At the hospital, a visibly worried Yoo Jung remains at his side even though the doctor already declares Woo Hyun is no longer in danger. She assists him, and they sort of struggle as he wants to shift position and she stumbles on top of him. Yoo Jung tries to get up but he reaches out and kisses her. He feigns asleep and Yoon Yoo Jung thinks that his action is all because of his medication. 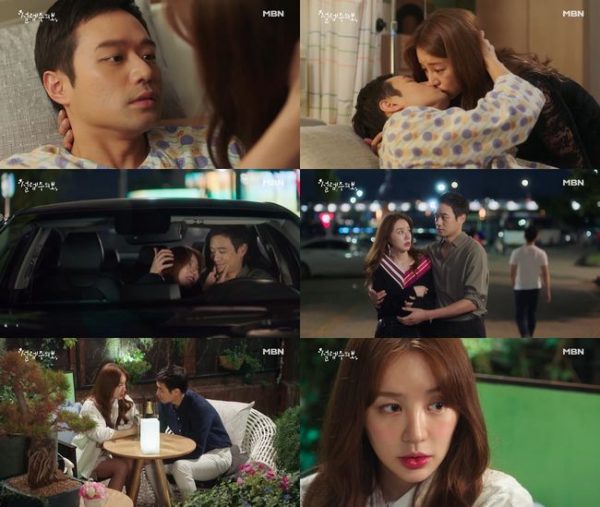 When Woo Hyun is discharged from the hospital, the air between them is tensed. Yoo Jung offers to stay with him at his house since he can’t move without feeling pain. He refuses at first but agrees later. She fusses over him at his home and when he can’t stand it anymore, he forces her to go. She goes back to her house but since she worries about him, she sends her brother to Woo Hyun’s apartment. When Yoo Joon arrives at his house, he sees that Woo Hyun stitches open up. He decides to bring him at their home and Woo Hyun ends up spending the rest of his recovery days at her apartment.

The two begin to dance around each other to mask their feelings. Their actions bother Yoo Joon a lot and he starts to question the weird atmosphere between them. She tries to make Woo Hyun jealous and employs Sung Hoon’s help but it backfires. 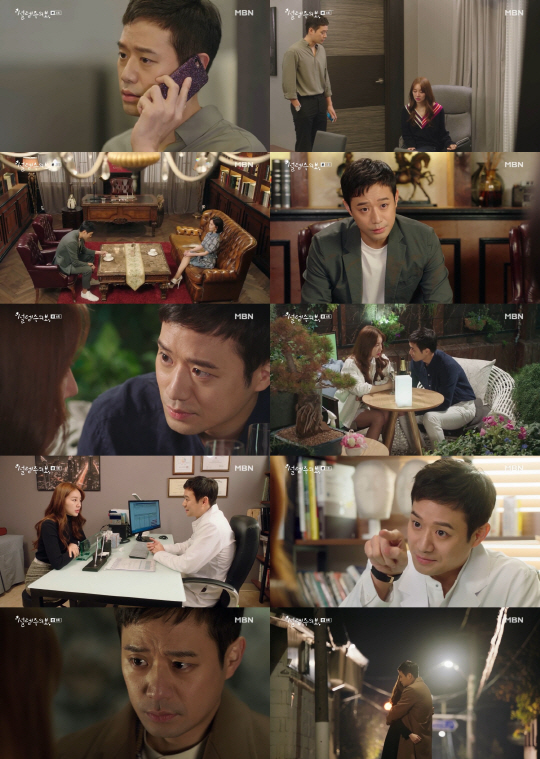 After skirting around each other, they get some time for themselves and Yoo Jung asks Woo Hyun if he can kiss someone he has no feelings or affections for. He says no and from there, the couple agrees to keep their relationship a secret, at least from Yoo Jung’s family and agency.

He discovers her mother is not sick, but it is just a ploy to make him go to his father and accepts his right as the heir. Yoo Jung helps patch things up between them and Woo Hyun reveals to his mother that the fire accident is intentional. 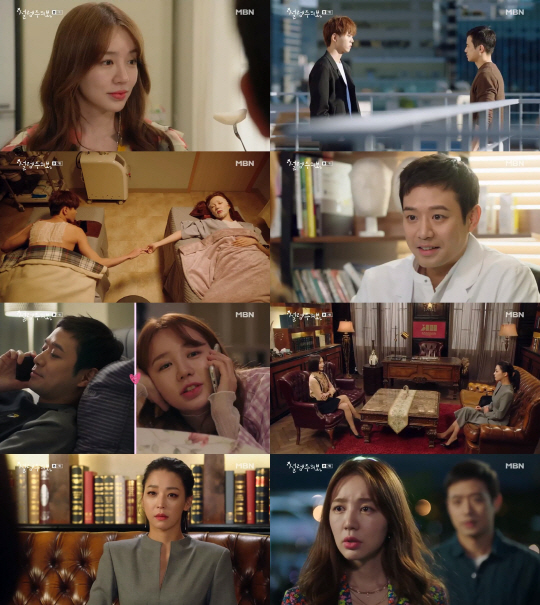 Meanwhile, the youngest daughter of Kanghan Group is still not giving up on Woo Hyun. She terminates Yoo Jung’s advertising contracts to put pressure on her agency. She also gains the favor of Woo Hyun’s father by using the Bio business as a lure. Her father promises her that branch if she successfully marries into Woo Hyun’s family. She also tries to enlist the help of Yoo Jung’s mother, but she declines as she already learns her lesson.

Han Jae Kyung finds out that the Kanghan Group is behind all the contract cancellations and she seeks the daughter out. She decides to release an article about the breakup upon learning that the daughter is intent on marrying Woo Hyun. The couple is on a real public date when they learn about their breakup. After Jae Kyung talks to Woo Hyun, he realizes his father encourages Kang Hye Joo. 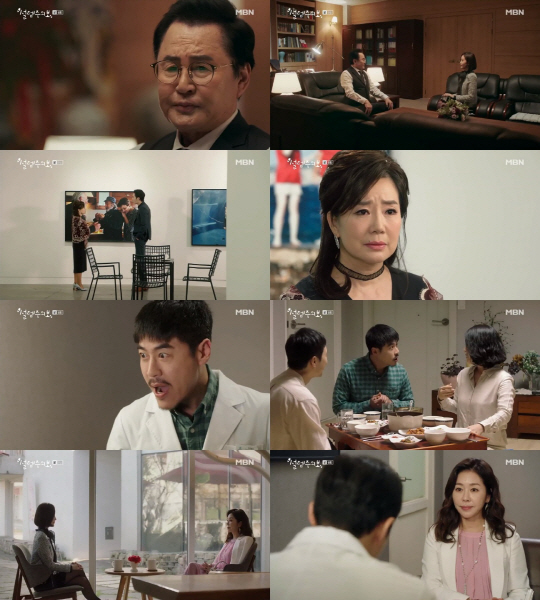 He tries to avoid Yoo Jung after his acknowledgement of the breakup which devastates Yoo Jung. She calls the clinic and a dinner is set up. The two get a chance to talk and both agree that they are miserable without each other. They decide to continue their relationship, and this time, they keep it a secret from both camps.

Woo Hyun speaks with his father’s wife and convinces her to help him dissuade his father into making him his heir as he has no intention of coming back to the family. The madam agrees. After their overseas gig, Yoo Jung receives a text from the daughter of Kanghan Group asking to meet her. She tells Woo Hyun that she is on her way to the hotel. Woo Hyun feels that Kang Hye Joo will reveal his birth secret so he rushes to the hotel. Before Kang Hye Joo can say anything, Woo Hyun arrives. 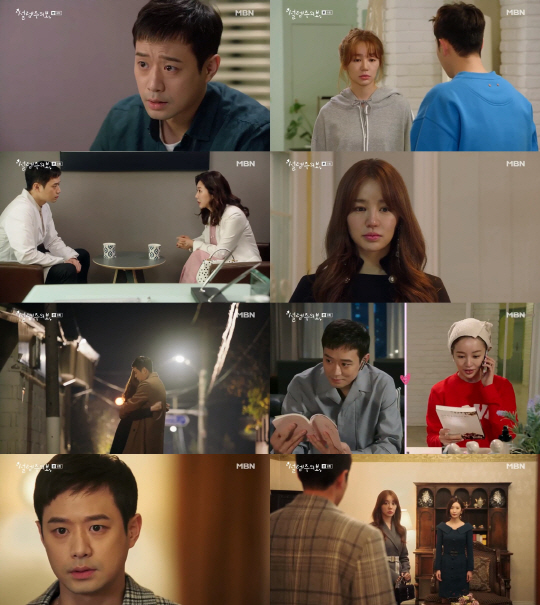 Love Alert is remaining consistent with giving viewers heart-flutters, thanks to the incredible chemistry between its leads. Despite the simple story line, it is still a nice drama to watch. The secret behind Woo Hyun’s family background is not a strong conflict but somehow it does not feel trite as well. I am curious how Yoo Jung would react once she knows about Woo Hyun’s chaebol status.

Now that we are halfway through the drama, we get to see the characters getting more in touch with their emotions. Woo Hyun is skeptical about love at first. But when his life gets tangled with Yoo Jung, he starts to believe in it. We can’t really blame him for thinking love is just a waste of time because he has a front row seat in his mother’s divorce saga. Now that he realizes his feelings for Yoo Jung, it is nice to see that he is willing to do anything to keep her.

This sudden change in Woo Hyun’s attitude towards love threatens Sung Hoon, who has romantic feelings for Yoo Jung. These complicate things as Woo Hyun saw through him despite Yoo Jung’s revelation that Sung Hoon likes men. I am not certain whether Kang Hye Joo’s continued meddling in Woo Hyun’s affair is because of her desire to be recognized by his father or motivated by her love for him. The emotional conflicts combined with the external forces that try to keep our couple apart keep viewers interest. Now we just have to wait and see how the couple will get through these stumbling blocks in their relationship.

Watch Love Alert on MBN every Wednesday and Thursday at 11pm.

Reviewer Emylyn is currently watching the last few episodes of Bad Papa and Room No. 9. If she wants to have a good cry, she would watch Autumn in My Heart, and from time to time misses Gong Yoo, so she would re-watch The 1st Shop of Coffee Prince.