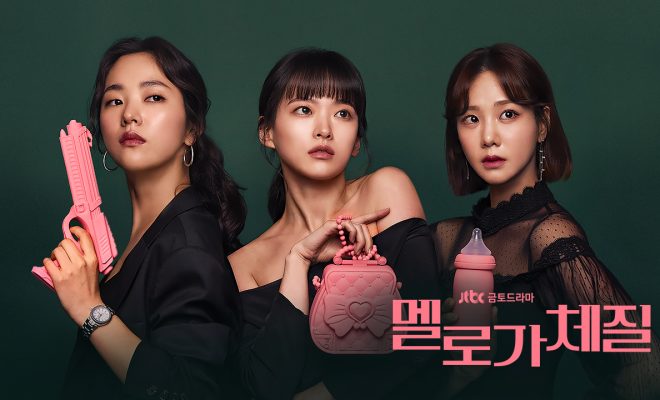 jTBC’s newest drama Be Melodramatic highlights the failures and successes of  a trio of thirty year olds.

Actresses Chun Woon Hee, Jeon Yeo Bin and Han Ji Eun delightfully portray the three lead characters. The three women are all beautiful and charming but they are realistically flawed. During the premiere week, the drama signals a shift from presenting an almost perfect lead character to characters that are acceptably broken and are charming at it. 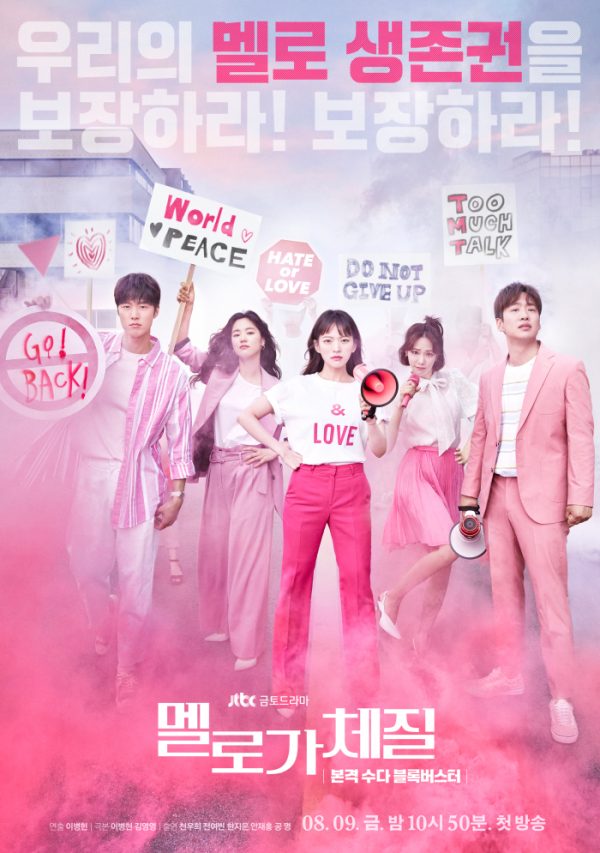 The natural chemistry between the three women was notably visible during the premiere week. They portrayed women who, similar to everyone, struggle to live successfully on a daily basis. Trampled upon at work, they let out their frustrations together around a table laden with food. Ultimately, the premiere week of Be Melodramatic sets off the tone of tight friendships and solid support for friends turned family.

Be Melodramatic starts off its premiere week by letting viewers into the lives of its three lead characters. Lim Jin Joo is an assistant drama writer who possesses a sharp tongue and a talent in writing. After a painful breakup, Jin Joo is enamored by a luxurious bag she spots in a shop window. She hears the bag speak to her, and makes a way to be able to purchase the bag. Through her purchase, she bonds with lead drama writer, Jung Hye Jung. She is hired as an assistant drama writer and feels success is at her fingertips. However, this was not meant to be. 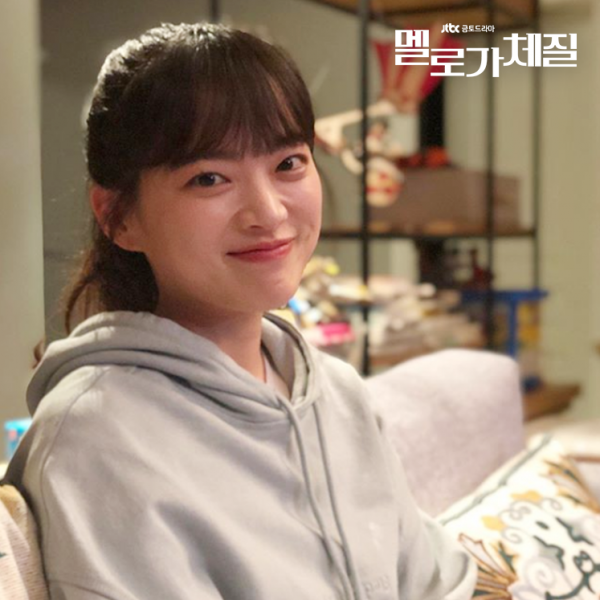 Later on, insecurity takes her boss Hye Jung hostage as she identifies the talent Jin Joo possesses. She overhears the other writers praise Jin Joo’s knack for writing while noting that Hye Jung’s writing style is outdated and hard to read. Out of spite, she decides to fire Jin Joo. Devastated, Jin Joo focuses on hair-brained goals of gaining weight instead. Jin Joo decides to enter her script in a script writing contest.

Unknown to her, it gets the attention of director Son Beom Soo. Beom Soo is impulsive and childish, but he is tolerated because of his success rate in dramas. Initially, Beom Soo turned down Jin Joo’s former boss Hye Jung’s script, saying that the script didn’t make his heart race. Later on, he receives Jin Joo’s script and is soon unable to put it down. After a restless night of carefully perusing the script, he contacts Jin Joo and cheekily informs her that he decided to use her script for his next drama. Ecstatic at no longer being jobless, Jin Joo breaks out into a huge smile and asks how much she will be paid. Thus begins their inevitable romance. 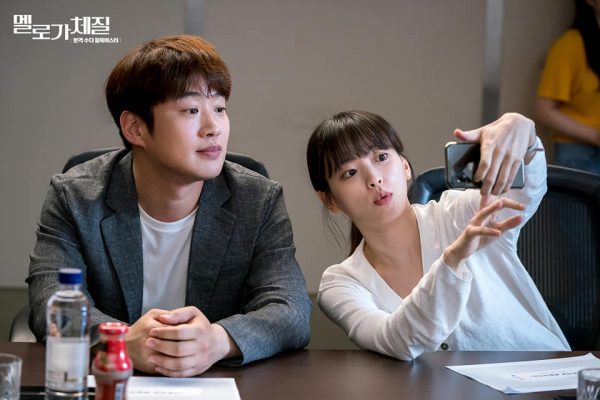 Hwang Han Joo was once the college heartthrob, but a nasty and sudden divorce left her stunned and left to her own devices as a newly-single mother. She watches her ex-husband successfully stage his own career as a comedian. Meanwhile, Han Joo struggles with the sole responsibility of parenting her son while working as a marketing team head.  Han Joo remains supportive of her best friends and naturally takes on the task of being a sole caregiver not just to her son but also her own best friends. Despite being laden with responsibilities, she moves in with her best friend Lee Eung Jung, bringing her son along with her. 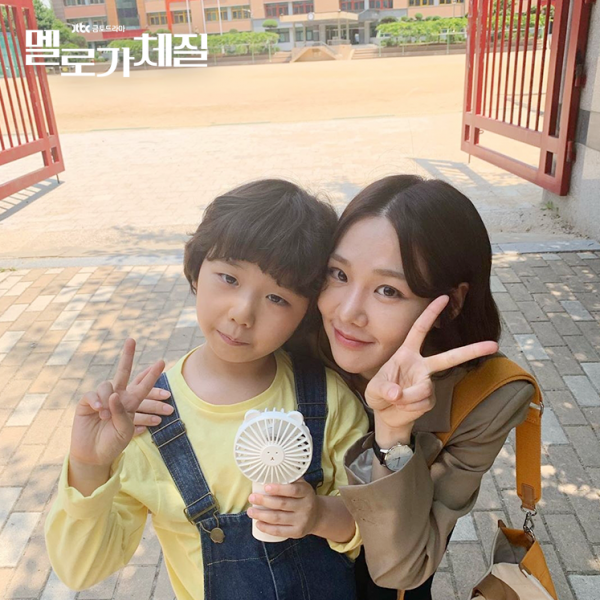 Finally, documentary director Lee Eun Jung used to be a headstrong alpha female. She took charge of life and excelled at it. However, the death of her lover leaves her broken in pieces as she tries to recuperate and put her life back together. 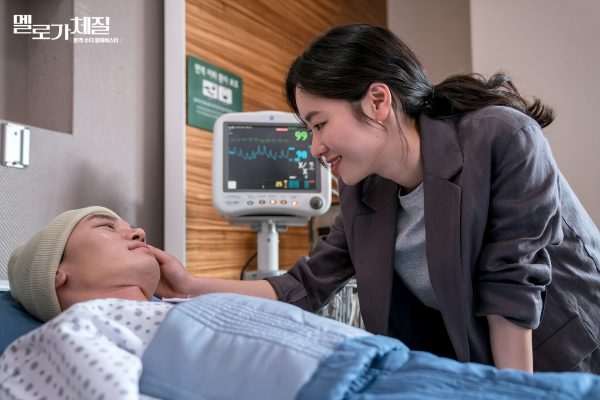 Under the guise of moving on, Eun Jung succumbs to her pain and attempts to end her life. Her brother finds her and rushes her to the hospital. Han Joo and Jin Joo tearfully look at their best friend by her hospital bedside. They come to a decision of accompanying her at home as she recovers. Initially, Eun Jung alarms her best friends when they notice her talking to herself often. Eun Jung developed the habit of talking to her former lover, imagining him beside her. She carries on conversations with him even in public. Eventually, the women all move in with Eun Jung and her brother. The women form their own version of a family, bonded together by their love and support for one another. 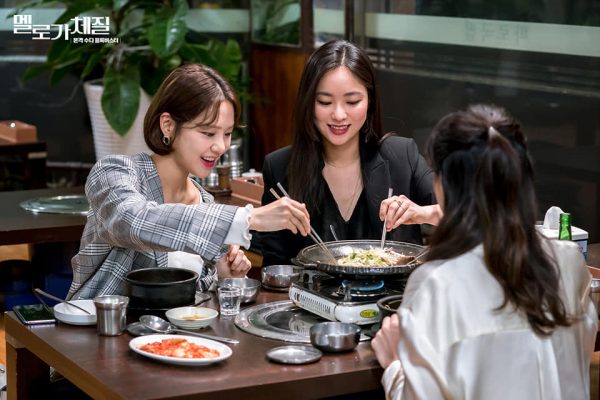 Watching this drama made me miss my best friends. I love their close bond and how naturally it came for them to support one another. No questions asked, no long discussions, they automatically assumed that Eun Jung needed them the most and move in with her and her brother.

The premiere week flowed easily for me, leaving me wanting for more as the second episode ended. The camaraderie between the cast is visible and makes this drama an easy watch. Additionally, Be Melodramatic opens itself up to its viewers without inhibitions as it blatantly focuses on the weaknesses of its three heroines. Trudging through the initial hardships of their lives, the in-your-face approach beckons viewers to root for the heroines. Seeing them struggle makes viewers want to return each week just to see them eventually succeed and gain happiness.

Notably, a drama will not be great without a solid supporting cast. Surprisingly, actor Ahn Jae Hong is attractive as the errant director Beom Soo who falls in love with Jin Joo’s script. Beom Soo is hilariously matter of fact, to the extent of being tactless. But his charm lies in his brutal honesty in simply stating the truth, no ifs or buts. It’s exciting to see him fall in love with Jin Joo. 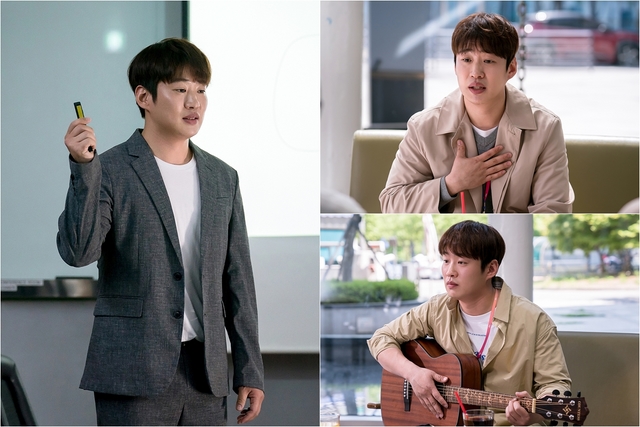 Overall, I immensely enjoyed watching this drama and will look forward to it weekly. Its charming premiere week comes to no surprise though, as Be Melodramatic marks Director Lee Byeong Hun’s TV drama directorial debut. Fresh from his success as the director of one of 2019’s highest grossing movies, Extreme Jobs, Director Lee dons the drama director cap. He successfully manages to perfectly capture the essence of  the struggle of self-identity of women in their thirties.

Be Melodramatic airs every Friday and Saturday on jTBC. Additionally, fans can watch the drama on Viu.