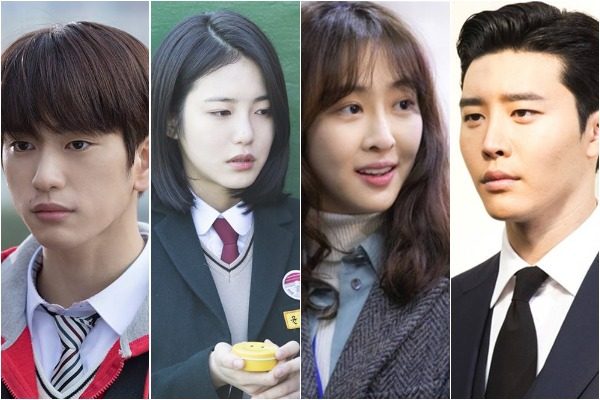 K-Drama Premiere: “He Is Psychometric” Ensnares With Interesting Characters And Intriguing Plot

A huge tragedy caused irreparable damage not only to properties, but to individual lives as well.

Lee An lost his parents to a residential fire and the young boy found solace and camaraderie with the very person who rescued him. In the same year he became an orphan, he discovered his psychometric ability. Growing up, he struggled with it and has been trying to hone his ability ever since. 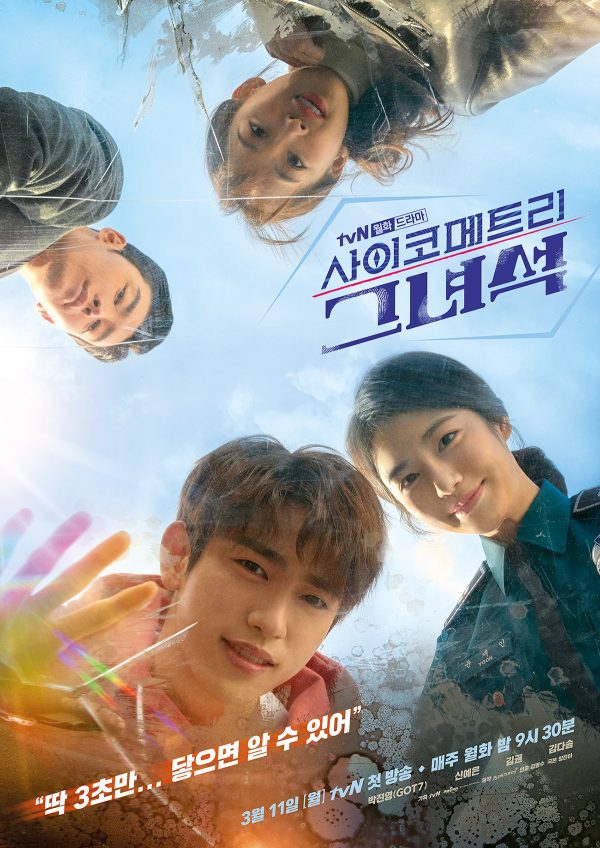 However, his determination to develop his ability further, only lands him in trouble. A misunderstanding happened that caused him to cross paths with Yoon Jae In, the transfer student who is hiding a secret of her own.

One night in December 2005 in an apartment complex, its residents are going about their daily routine. A group of mothers is arguing with the guard regarding their cars parked on the road. The guard insists that cars should not block the road so fire trucks can easily get through in case of emergency. The lady gets so angry and ends up firing the guard.

Meanwhile, in one of the units, a family of three gathers in their living room as the father tries to pacify his son who is asking for a puppy as a gift. He tells his son to think of another present and the boy cheekily asks for a sibling. The mother quickly searches for the animal shelter’s phone number. 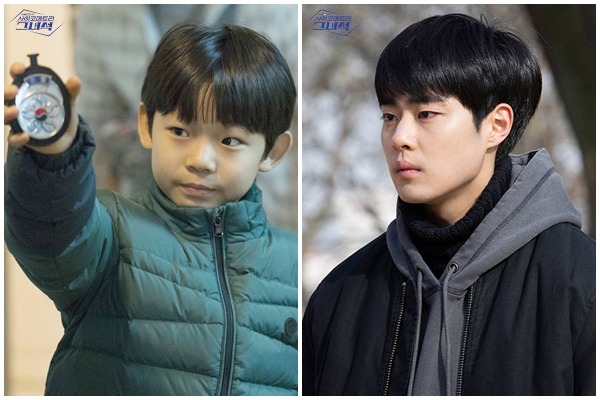 Outside, the woman, clad in black clothes, is trying to leave the apartment complex but sees another person in the hallway and she quickly hides herself. That person rings the doorbell to the house of the lady who just fired the guard. As she opens the door, the man stabs her. He kills all four women inside the house, and initiates a fire. While a part of the building is engulfed in flames, the family of three gets trapped in the elevator.

The father manages to open the doors and asks for help from the people running for safety. He grabs hold of a student at the same time the guard being fired earlier arrives and helps in taking the boy out. Unfortunately, the elevator rope snaps and it falls with the boy’s parents in it. The student, in desperation, breaks the glass window, lifts the boy up and jumps. They land on top of a vehicle and as they bleed, the rescuers come near them. 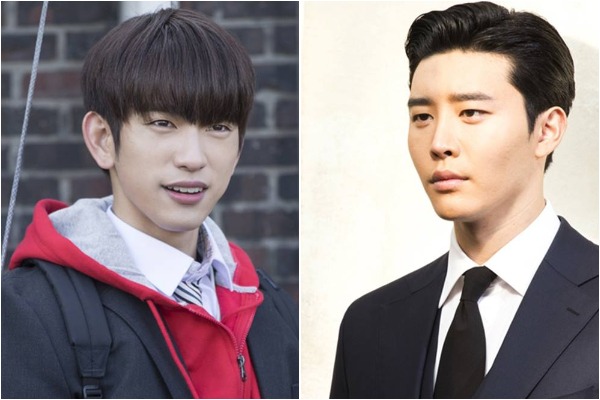 11 years later, the young boy is now a senior high school student, while the older male becomes a prosecutor. Lee An (Jin Young) is assisting a detective with the use of his psychometric ability. He touches the corpses and sees a bunch of numbers. The female detective tries to figure the connection of the numbers and suddenly realizes those are the victims’ underwear sizes. Lee An tells her that he saw a woman with a ring on her finger and she could be the perpetrator.

Prosecutor Kang Sung Mo (Kim Kwon) arrives at the morgue and Detective Eun Ji Soo (Kim Da Som) and Dr. Hong try to distract him so he wouldn’t know Lee An is there. But Prosecutor Kang is not fooled, he knew that Lee An is there. After a scare, Lee An is talking to her friend over the phone when another high school student films him. Yoon Jae In (Shin Ye Eun) is chasing a peeping Tom and has mistaken Lee An as him. Her accusation astounds him and he tells her there was a mistake. However, she overhears the boys’ phone conversation regarding the underwear sizes of the victims and thought he is talking about her. 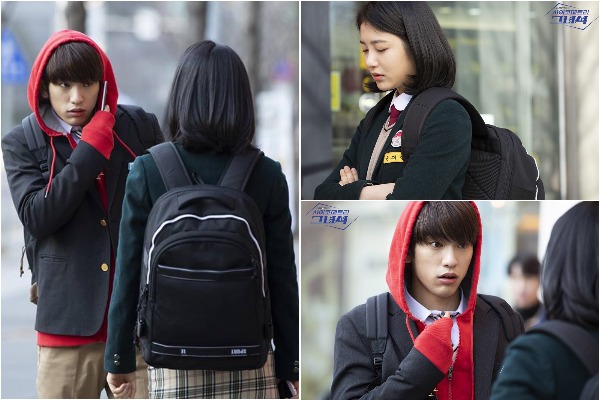 They end up in a police station and Detective Eun bails him out. At school, his math teacher summons him and tells him that he is subjected to expulsion for cheating and breaking into the teachers’ office. He insists that he was not the one who broke in. But as for the cheating, he can’t really say that he saw the answers because he touched the person in front of him.

As the new student, the girls question Jae In’s identity. They are surmising that she is the daughter of a politician running for a government seat. At the mention of the word father, she gets an anxiety attack. She goes to the rooftop to calm herself down and Lee An is also there. Before he tramples her, Lee An is able to grab hold of the railing which prevents another disaster. 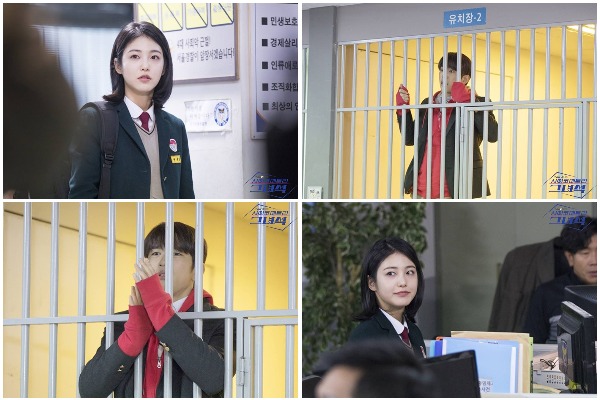 Back at the classroom, the math teacher asks Jae In to solve the problem on the board. She is able to do it which impresses the teacher. As he praises her, he hurls insults to the other students. Jae In, who has issues with injustice, talks back to the teacher and challenges him. She tells him that if she fails to identify the true culprit, she will leave the school.

That night, Lee An tries to unlock the teachers’ office using his ability, but he fails. Luckily, Jae In arrives and decodes the password. Inside, they look inside each drawer and Jae In can’t believe Lee An’s answers, even the wrong ones, are the same as the student sitting in front of him. Lee An, at the same time, is using psychometry to see who really broke in. All he could see is a woman wearing black clothes and she was searching for a yellow pouch.

They hide when a school guard show up and Lee An accidentally touches Jae In. He sees a combination of numbers and accidentally speaks it out. Jae In startles upon hearing those numbers and questions him on how he knew about the numbers. Lee An pretends he did not say anything and that she must be hearing things. 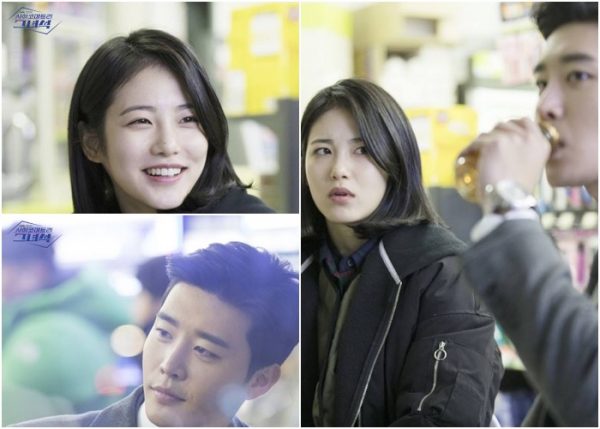 Prosecutor Kang meets with Jae In and reveals himself as her sponsor for three years. Jae In is excited to learn they are neighbors. The following morning, Lee An tries to figure out the owner of the yellow pouch. After being ran over by students and suffering a nosebleed, he finally identifies the girl in his vision. He runs back to the classroom and looks for Kim Soo Hyun. His friend Lee Dae Bong becomes worried and he tells him their friends’ secret. Dae Bong gets so mad that he confronts So Hyun’s ex-boyfriend.

That same moment, Jae In and So Hyun are having a conversation and she reveals to Jae In that she is pregnant. She finds out the reason why So Hyun broke in, is because she needs to retrieve the pouch where she put her pregnancy test kit.

Jae In refuses to tell the math teacher about So Hyun and her secret. During their argument, she exposes that the teacher has been giving selected students the answers to the test questions. A student records their argument and it goes viral later on. 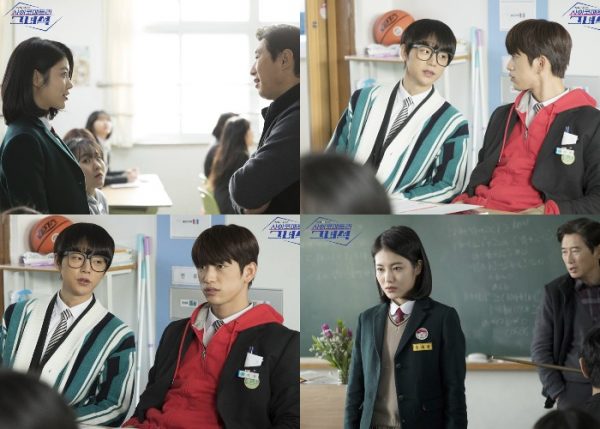 At the rooftop, Lee An wants to shake Jae In’s hand in exchange for his help but she hesitates. As Jae In is about to do it, her phone rings and the police station advises her that she reported the wrong guy. Jae In apologizes and she extends her hand for the handshake, but it is now Lee An who refuses to do it.

That night, as she is at the rooftop of her house, he sees Prosecutor Kang. And as she is about to call him, Lee An appears. Jae In quickly hides but overhears their conversation. She is excited to find out about Lee An’s ability and she wants to talk to him more about it.

He Is Psychometric definitely intrigues with its premise. It was my first time to encounter the word “psychometry”, hence my curiosity was naturally piqued. The drama defines the word as the ability to measure and interpret a person or object’s soul. It is from the Greek words psyche (soul) and metron (measure). The tragedy at the opening scene made the start so interesting as it laid out questions that I am sure will be answered as the story progresses.

The characters are also noteworthy as each has depth in them. Prosecutor Kang and Lee An, though not blood related, treat each other like true brothers. They met under an unfortunate circumstance, but they ended up being each other’s strength. While the tragic incident created a bond between Kang Sung Mo and Lee An, it has caused grief to Yoon Jae In. Her father, who happens to be the same guard who insisted of clearing the path, is accused of initiating the fire and he is in jail for it. As a result, she does not trust easily, and she has become independent. She witnessed how the other residents treated her father with disdain and her anxiety stemmed from it.

The residential fire from 11 years ago may seem solved and closed, but the effects it had on the residents still linger. The major conflict lies in the identity of the true killer and fire instigator. I am eager to witness how Lee An’s ability can help solve the mystery behind the tragedy that took his parents lives, and of course, other crimes as well.

He Is Psychometric airs on tvN every Monday and Tuesday at 930PM KST.