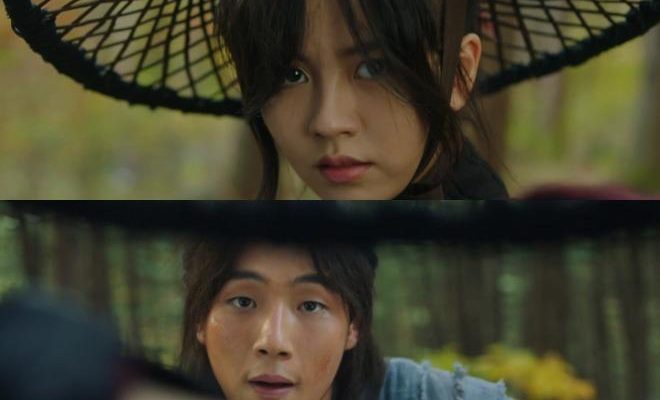 K-Drama Premiere: “River Where The Moon Rises” Weaves An Interesting Spin To The Narrative And Characters Of A Classic Korean Folktale

Princess Pyeonggang and On Dal both experienced losses that would forever alter their lives and set a path to their futures.

River Where the Moon Rises shows a lot of promise as seen in its pilot week. The first two episodes have enough action-packed and emotion-stirring scenes. Combined with the awesome cinematography and good acting, this series have seemed to live up to the hype, so far. 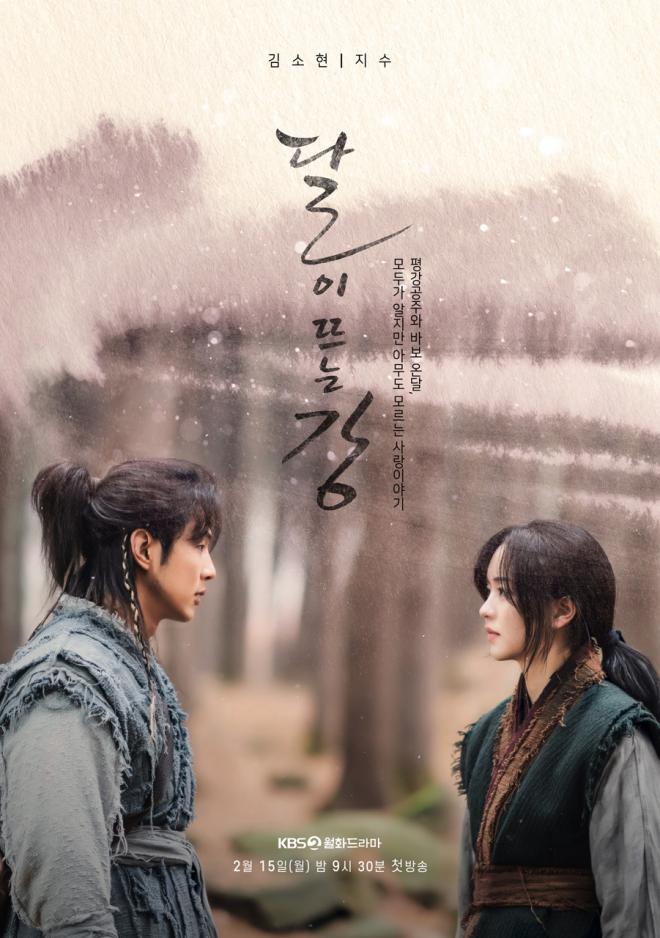 Kim So Hyun is always enjoyable to watch, regardless of the role, for this actress knows her craft. Other cast members did great as well. Kang Ha Neul’s role as General On Hyeob may be short-lived, nevertheless it was very impactful. That opening scene, where the viewers saw the protagonists in a battlefield, is somewhat foreshadowing a tragedy that lies ahead. However, it laid out a solid groundwork for the narrative’s take off and it is intriguing enough to capture the audiences’ attention.

After discovering the plan to monopolize the salt in the Kingdom, Princess Pyeonggang (Heo Jung Eun) and her mother, Queen Yeon (Kim So Hyun) depart the palace. They travel to the Sunno tribe and meet with General On Hyeob (Kang Ha Neul). The young Princess also meets the General’s son, On Dal (Seo Dong Hyun), to whom she had a not-so-pleasant first impression.

Back in the palace, one of Gyeru Tribe’s noblemen, Go Won Pyo, sets up a plan to depose the Queen and put the Royal Consort in her stead. Together with his accomplices, they planted a seed of doubt in the King’s mind. When the King finds out that the Queen may be heading to the place where Son, her former lover and once a palace General (now a monk), he gets so mad. Completely blinded by jealousy and fear, the King allows Go Won Pyo to “take care” of the Queen’s betrayal. 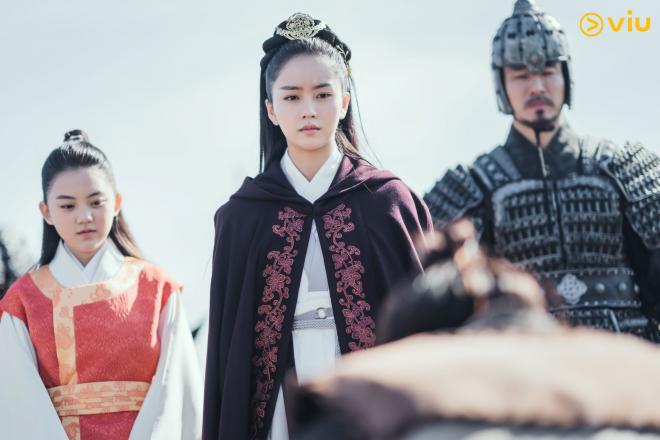 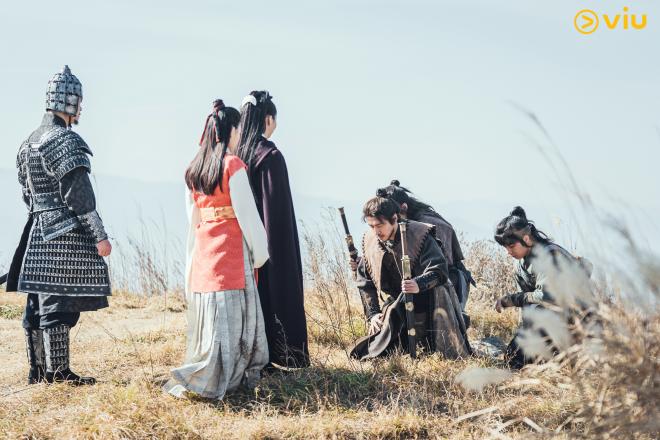 Meanwhile, General On Hyeob and Queen Yeon learn an urgent matter from Princess Pyeonggang and realizes a trap has been set. On their way back to the village, a number of Go Won Pyo’s men already wreak havoc to the villagers in search of the Queen. Before revealing their presence, General On tells his son to bring the Princess to the mountain temple, where she is going to be safe. Though hesitant, On Dal obeys his father and both youngsters set on a perilous journey.

Queen Yeon’s Death and the capture of General On Hyeob

Once On Dal and Princess Pyeonggang leave the village, General On and Queen Yeon make their presence known. A battle ensues which results in the Queen’s death, leaving the villagers and General On reeling and powerless. Go Won Pyo tells General On that he will spare his people if he surrenders and admits to treason. Left without much choice, On Hyeob acquiesces, a decision that left the villagers in despair.

On Dal and Pyeonggang face hardships as well, knowing that soldiers are on their tail. While climbing a mountain, the Princess loses her grip and almost falls off the cliff. The young boy rescues Pyeonggang and encourages her to move forward. The rope barely holds them and eventually it snaps causing On Dal to fall directly to the water beneath. Fearful and alone, Pyeonggang manages to climb on top. Go Sang Chul, who finds one of Pyeonggang’s shoe, thinks that she eventually fell down.

Pyeonggang reaches the temple but discovers that the monks are being slaughtered as well. The massacre is headed by none other than her father, King Pyeongwon. Before the palace soldiers find her, she loses consciousness and a mysterious man takes her away. 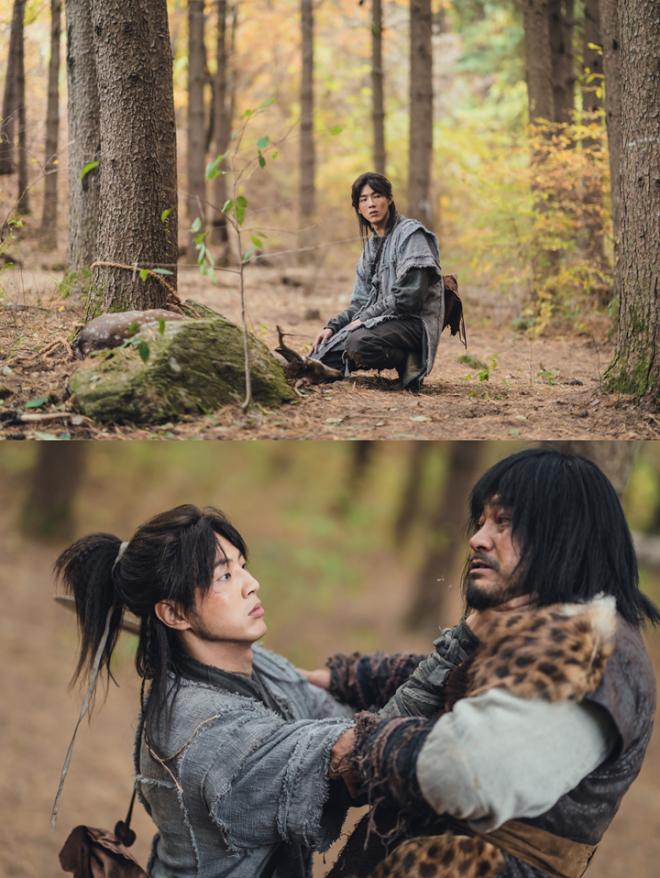 The Kingdom is in disarray as King Pyeongwon continues his reign. Go Won Pyo is still trying to grab hold of the throne and the power it wields. He and all his cohorts are slowly eliminating the King’s bloodline, until the only ones remaining are the people in the palace. As they slowly inch their way to power, the constituents are suffering from the continuous increase in taxes and tyranny.

Pyeonggang, now goes by the name Yeom Ga Jin (Kim So Hyun), is a trained assassin and a member of the group Cheonjubang. She has vague recollection of her past and mostly has nightmares. She gets flashbacks of memories which confounds her. As for her next target, the group’s chief assigns her to kill King Pyeongwon. 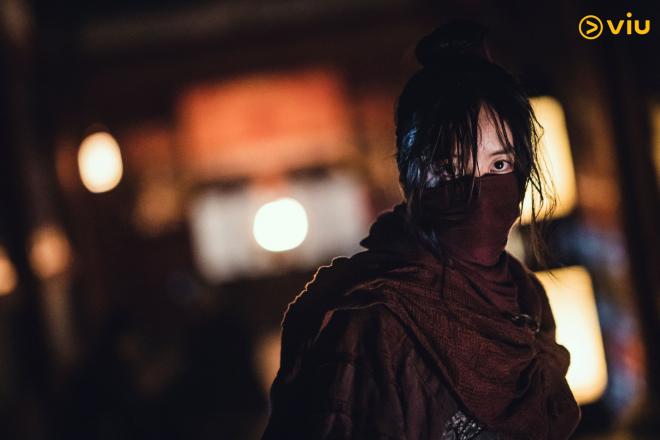 On her way to infiltrate the palace, Ga Jin encounters a group of men hunting a deer. She hides and observes them from a tree. When the men are about to finish off a deer, another person chimes in. The new guy overpowers the hunters and he eventually ends the poor animal’s suffering by snapping its neck. Unaware of a looming danger, Ga Jin rescues the man from the other hunters. As she is about to leave, the guy says that he knows her, stopping Ga Jin on her tracks. 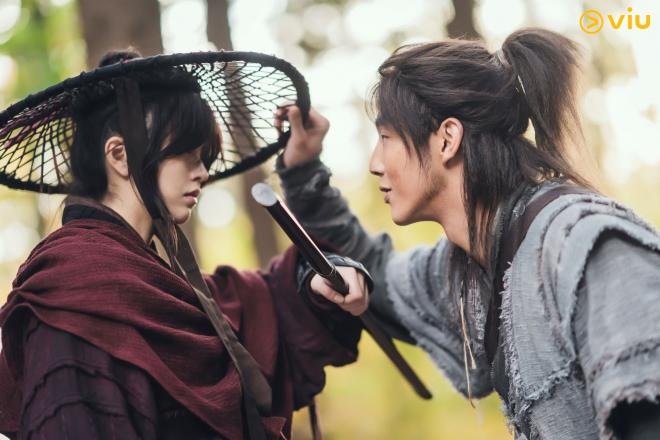 Turns out, On Dal (Ji Soo) only wants her to help tend to the unconscious hunters while he gets his hands on the deer. After the task, Ga Jin sets to leave but once again On Dal stops her. This time, he put some herbal medicine on Ga Jin’s wound.

The Assassination attempt on the King

Back in the palace, Go Won Pyo lays out his plan to use Princess Pyeonggang’s farewell ceremony to end the King’s reign. Ga Jin is able to get inside the palace without problems and poses herself as one of the maids. Garb in a palace maid outfit, she tries to blend in but stops when she hears voices. The former consort derails the Crown Prince’s plan to get to Pyeonggang’s chambers to personally bring an offering. She says he has no sister as Pyeonggang was conceived out of the Queen’s affair.

Dejected, Crown Prince Won hands the offering to Ga Jin and tells her to bring it to Magnolia Hall. As she sets foot on her room, a series of images come to her. Court Lady Gong Son notices her presence and asks her the purpose of her visit. She says that she is to deliver an item from the Crown Prince. Lady Gong Son tells her to put it on the small table and once again she gets a flashback. She unknowingly rearranges her things and leaves as fast as she can. Lady Gong Son notices and runs after her thinking the Princess has returned. 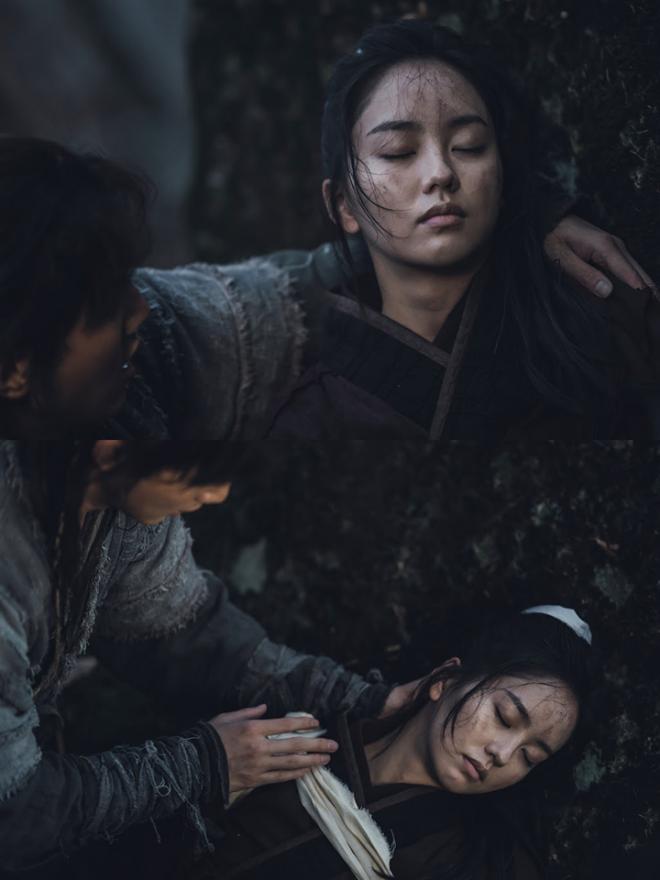 On the day of the farewell ceremony, the King appears drunk. Go Won Pyo’s son, Go Geon greets him. Ga Jin, now dressed as a shaman, perfectly blends. Go Geon finds a note which says that a shaman will kill the King. To ensure the validity of the note, he goes to investigate and finds a young lady gagged and bound. He immediately tells his father to stop the ceremony as the King is in danger. However, his father stops him from doing so citing that it will only cause more panic and chaos.

Ga Jin asks On Dal to save her

Ga Jin tries to complete her mission but failed. On the run and with a number of soldiers chasing after her, Ga Jin makes her escape. She trips and almost falls off the edge, but she hangs on. Just as the soldiers locate her, On Dal comes to her rescue. However, an arrow pierces through Ga Jin which impales her. On Dal takes her away and tends to her wound. Satisfied that he did everything he could to save her, he sets to leave Ga Jin. She stops him and asks for him to save her. On Dal brings her to his home. 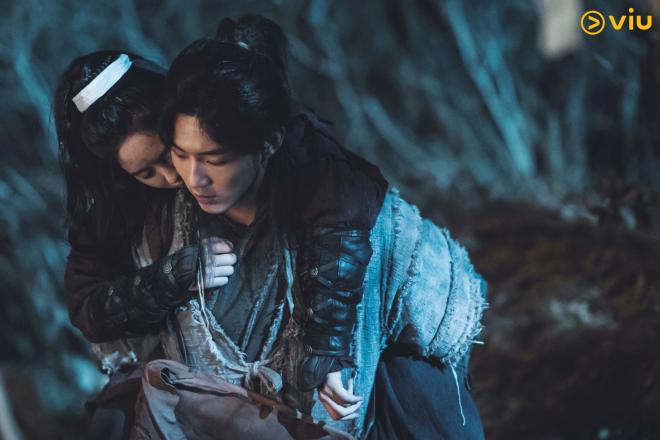 On Dal convinces his blind mother Lady Sa to take her until she recovers. She accommodates her but soon finds out she is an assassin. She tells On Dal to make Ga Jin leave right away, fearing a raid from the palace soldiers. Ga Jin, on the other hand learns from Tara Jin, also a member of Cheonjubang, that she is an orphan. Furthermore, her adopted father does not want her to return to the group, instead wants her to look for her true parents.

River Where the Moon Rises clearly depicts the intrigues and dangers surrounding the Kingdom of Goguryeo. Just like any good sageuk, KBS2 TV’s newest drama revolves around palace conspiracies and power struggle. While the conflicts may not be new, it is still fascinating to watch how people from this time period go by their lives. The series was able to provide a glimpse into a world set in the past and make it interesting.

The thing I like the most is the drama’s focus on Princess Pyeonggang’s journey. While most historical dramas set its spotlight on male protagonists, River Where the Moon Rises tells the story and journey of a Goguryeo Princess. I love how Kim So Hyun played her characters – from the determined Queen Yeom to the grown-up and equally strong-willed Pyeonggang. As an actress, Kim So Hyun shines in every role she takes, and she is definitely one of the main reasons to tune in. 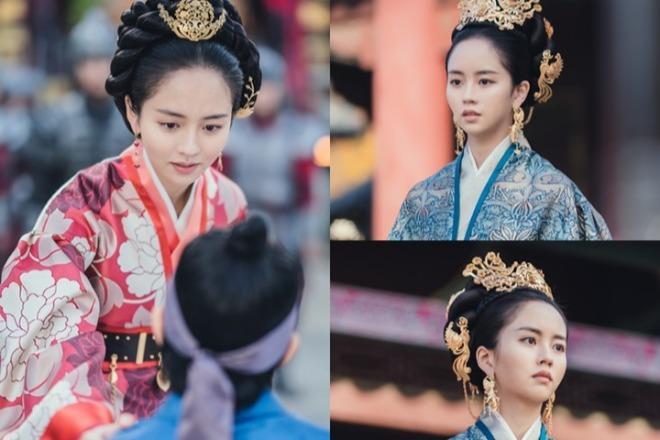 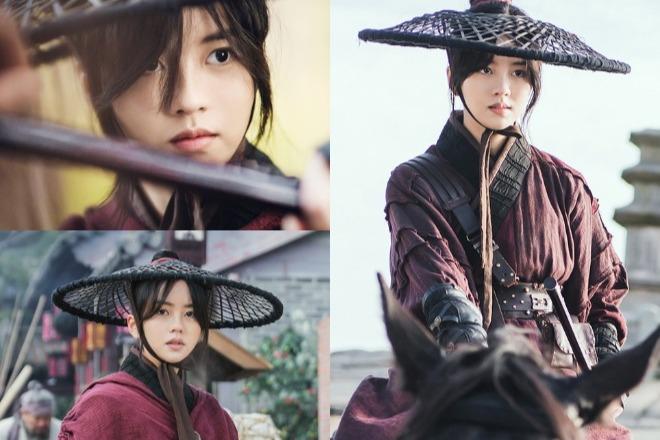 As a child, it was obvious Pyeonggang was not your typical princess. She is curious, assertive, and ready to speak her mind when a situation calls for it. From the get-go, the viewers knew that the young Princess is a force to be reckoned with. Her current situation (with her memory loss) and the knowledge of her adoption (which she recently discovered) set up an avenue for character development. It is definitely making me curious as to how the truth would impact Pyeonggang.

As for On Dal, the character in the folk lore is an established fool and it was known throughout the Kingdom. However, in this series, being a fool is all an act to ensure his survival. The words he heard his father say in their last conversation was for him to “live like a fool”. Ji Soo nailed the portrayal of his character as his trivial acting suited On Dal so well. 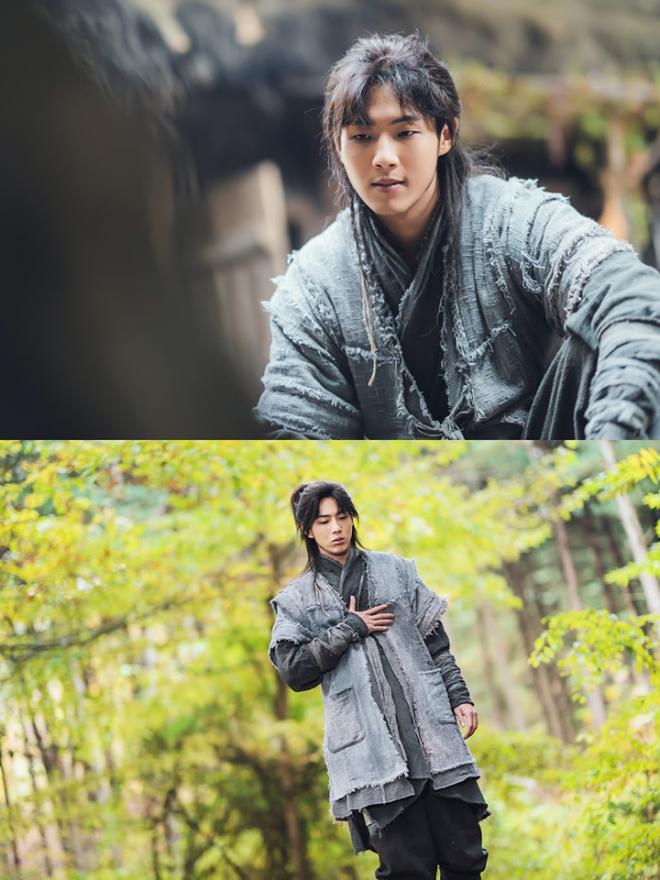 It is clear that River Where the Moon Rises is a high-budget production with its awesome lighting and cinematography. The visual effects made it seem you are watching a movie in a drama series format. The writing is solid, and narrative’s trajectory is not that predictable, yet. The premiere week was not as grand as I hoped, but it was definitely memorable. There are enough conflicts and intrigues to hold attention, making audiences interested and wanting to see more.

River Where the Moon Rises airs on Monday and Tuesday at 9:30 PM KST via KBS2 TV. Episodes are also available for streaming on Viu.