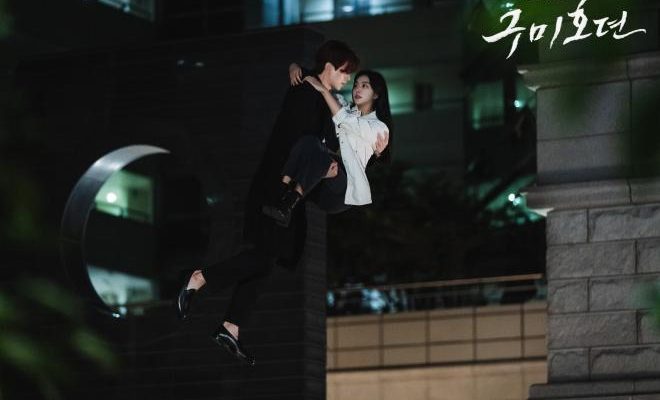 K-Drama Premiere: “Tale Of The Nine Tailed” Weaves An Enchanting Narrative In A Modern Retelling Of A Popular Folklore

Tale of the Nine Tailed invites its audience to discover and explore a realm beyond the living. Capitalizing on its leads, high-quality production and so far, solid writing, the series is such an excellent treat. Add in its supernatural theme and a love story that spans a thousand years, the drama is quickly making its way to the must-watch list of K-Drama fans.

Lee Dong Wook, Jo Bo Ah and Kim Bum headline the network’s newest series about a gumiho and his quest to find the reincarnation of the woman he loves. After abandoning his mountain spirit post, he works as an enforcer for the Afterlife Immigration Office. His main task is to capture and punish foxes and spirits that have gone astray.

Tale of the Nine Tailed checks out the elements that guarantee a great fantasy romance drama: appealing leads, a charming villain, mystical creatures and intriguing character back stories.

A young Nam Ji A (Park Da Yeon) is traveling through Yeou Gogae (literally means Fox Head) Road 144 with her family. It suddenly turns dark and a shadowy figure appears which causes the car to swerve, eventually turning over. Reeling from the accident, Ji A frees herself from her seatbelt. She cries for help only to scream in fright moments later upon seeing the faces of her parents outside the overturned vehicle.

She wakes up on their couch and feels relieved to know it was only a dream. However, she sees her damaged music box and on her sleeve is a small drop of blood. Requesting for walnut cookies proves the people with her are impostors as her real mom would know she is allergic to nuts. She stabs her mother and chaos ensues as her parents’ lookalikes chases her. 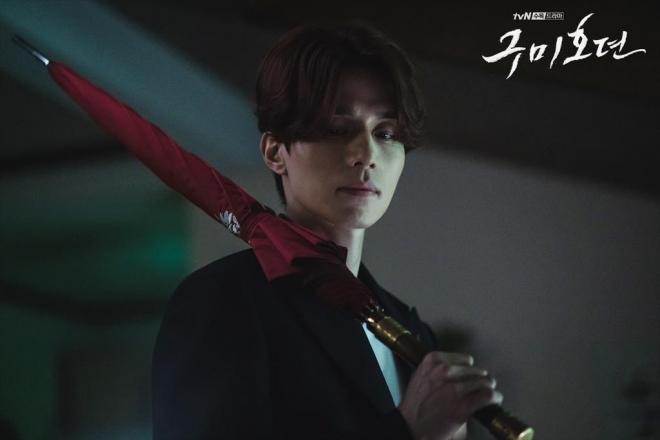 Cowering in fear inside her room, a man in black suddenly appears. He asks her if she is A Eum and does something to confirm she is not the person he is looking for. Before the man leaves, he warns the child to forget everything she saw. Moments after, Ji A finds herself back on Road 144, outside the now empty car, becoming the sole survivor of the accident.

Lee Yeon (Lee Dong Wook) prepares himself to attend a wedding. As people scramble for shelter because of the rain, Lee Yeon walks casually under his red umbrella. He barges in the bride’s room intent on his mission. The bride asks for leniency as he was once in love with a human. Lee Yeon refuses to be moved by her plea. Someone interrupts their fight as the service is about to start, and because of that, Lee Yeon has to kill the fox bride right after the wedding ceremony. 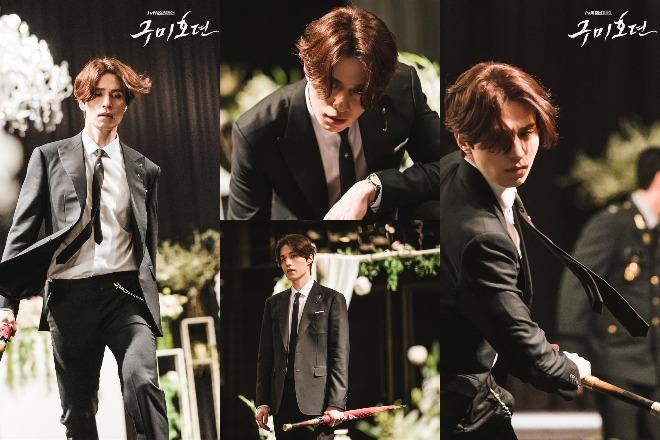 Meanwhile, Ji A (Jo Bo Ah), also in the same venue for a friend’s wedding, hears a commotion. Jae Hwan, her colleague, tells her that the wedding in the next room just got cancelled. Ji A sees Lee Yeon walking among the crowd exiting the venue.

Ji A continues to investigate the man with the red umbrella. Lee Rang (Kim Bum) disguises himself and meets with Ji A claiming information about the man she is looking for. During their conversation, Ji A sees through his lies and immediately terminates the meeting. Lee Rang intrigues Ji A as he tells her he saw the person with the red umbrella at Yeou Gogae. 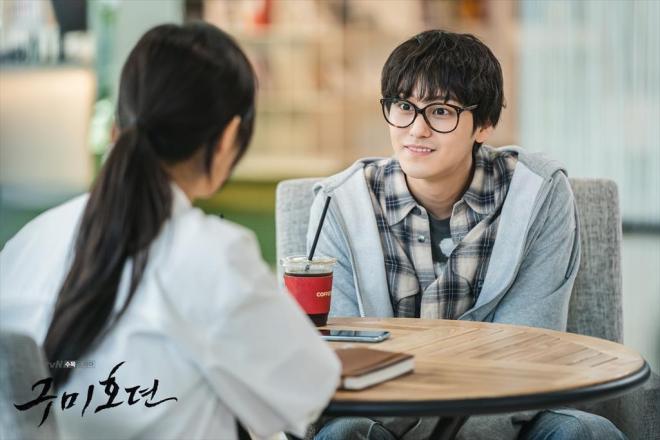 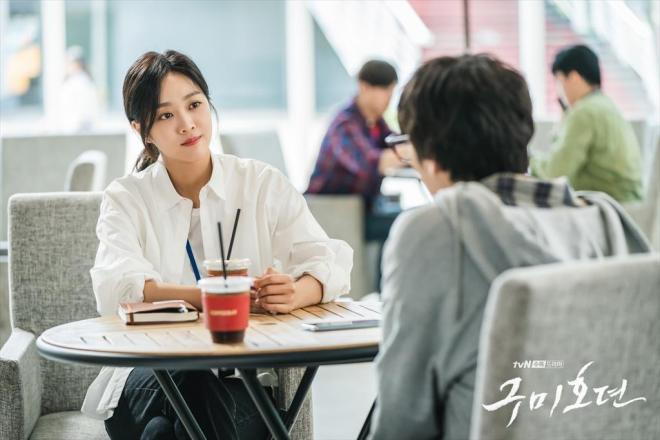 Lee Rang then calls his brother Lee Yeon and baits him, telling him he heard a rumor, and if he is interested, he should meet him. Meanwhile, he tricks Ji A into riding the same bus as Lee Yeon, but because of a drunk old man, she fails to get on it. The bus gets into an accident at Yeou Gogae Road 144. Detective Baek tells her that the accident has one survivor out of the six passengers. Ji A insists that there were seven people on board the bus. 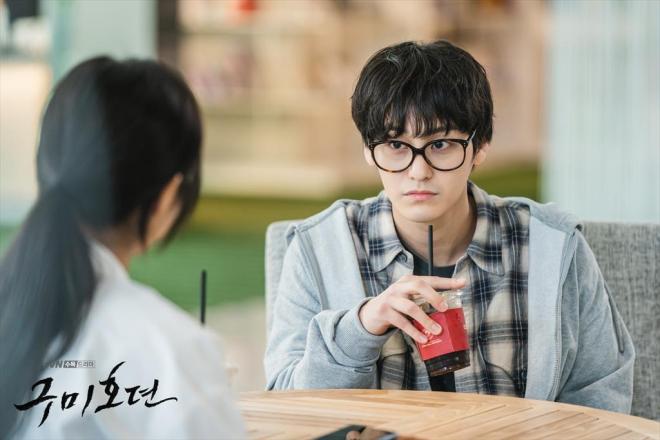 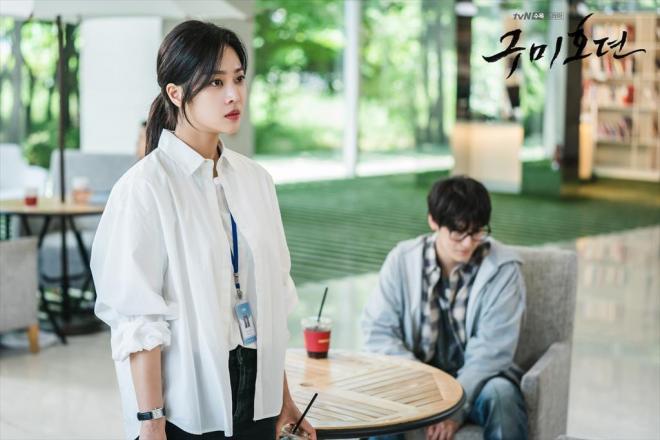 The man with the red umbrella

At the hospital, Ji A tries to get information from Soo Young, the survivor, but she refuses to talk. Ji A shows her an image of Lee Yeon from the CCTV footage, scaring the student. She says that the man will come back to finish her off. Ji A calls Detective Baek and requests for protection for Soo Young. She sees Lee Yeon at the hospital lobby asking for the girl. They talk but Lee Yeon remains vague about everything. It also reveals that Ji A remembers their first encounter 21 years ago.

Ji A notices something odd about Soo Young but still takes her to her house. He lets Lee Yeon know about this as she left him a note. Lee Yeon arrives and Lee Rang reveals himself. The brothers fight each other and Lee Rang threatens Lee Yeon with Ji A’s life.

Lee Yeon finds Ji A waiting for him at his house. She tells him about the recording of the brawl, and she can expose him. After getting rescued by Lee Yeon, proving her point that he is not human, Ji A injects Lee Yeon with a powerful drug that knocks him out. He wakes up and threatens to take Ji A’s eye out. Before he can truly blind her, Ji A throws the flash drive in her tea saying she wants help in finding her parents. 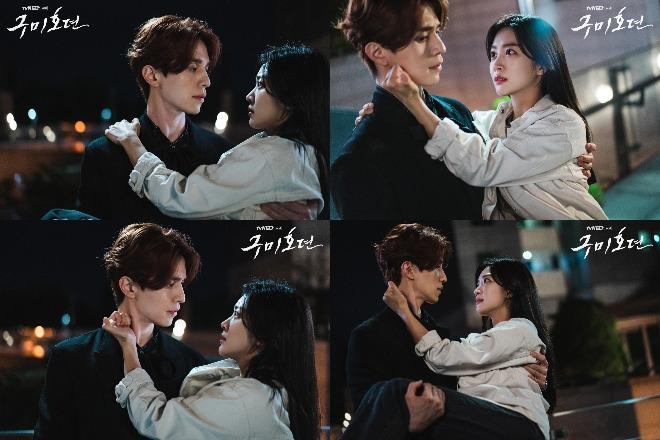 Lee Yeon tells Ji A that her parents are not on the list of the departed, much to her relief. A series of bad dreams and the death of a co-worker’s mother, exposes that a creature feeding on people’s nightmares is in the broadcast studio. Lee Yeon uses the creature to call his brother and the two meet up. Lee Yeon discovers that Lee Rang’s grudge against him is because of his abandonment.

A group of fishermen discovers a skull among their haul and immediately recognized who it was. With this news, Ji A and Lee Yeon travels to the island to investigate and interview the daughter of the deceased. During the boat ride, Lee Yeon begins to worry because he is travelling with Ji A, who resembles A Eum, to the same island and mountain he used to inhabit.

The island residents refuse to talk to them. The two share a bedroom for the night.  While Ji A is fast asleep, Lee Yeon tries to check if she has the fox bead he gave A Eum, but nothing comes out. The next morning, they go to the forest and Ji A frees a trapped spirit. The spirit tells Ji A to go north as she has a history with the place. They arrive at a cave and Ji A recognizes it as the location in her parents’ photo. 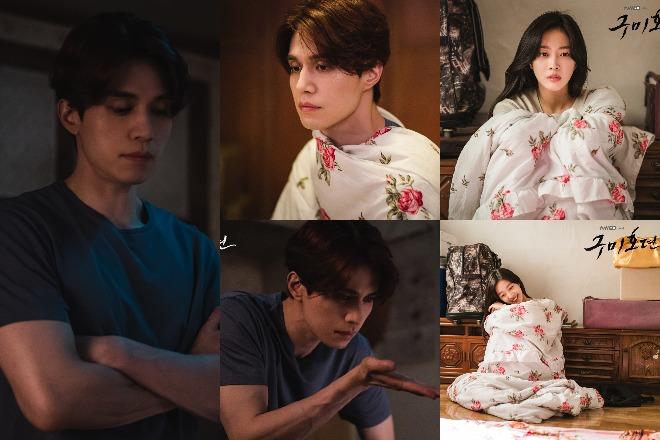 Ji A and Lee Yeon learn that mysterious deaths happened in the island before. One of the fishermen gets agitated and runs to the forest. Ji A chases after him and as she tries to help the man, he hits Ji A with a hammer. Lee Yeon arrives and rescues her. At the same time, Lee Rang talks to Yu Ri over the phone and says they just opened a haunted house, and then the fishermen ends up dying.

Lee Yeon treats Ji A’s injury, but she suddenly says that Lee Yeon’s hand is burning her. As he looks on Ji A’s shoulder, she changes and chokes Lee Yeon. Ji A is now saying she is the person he has been waiting for. She then asks him why he killed her.

Tale of the Nine Tailed definitely impresses in its opening week with two episodes showcasing an absorbing story and arresting characters. While the premise is not novel, the writer manages to sprinkle additional flavors to make the drama stands out.

Lee Dong Wook is captivating as Lee Yeon, the powerful former spirit master of Mt. Baekdudaegan and the nine-tailed fox. He really brought the character to life with his portrayal (I’ve always believed LDW is not human). It is wonderful to see him act as a self-assured former deity, who retains his confidence despite being “demoted”. Though Lee Yeon can blend in easily among the crowd, the actor is able to deliver every nuance that defines and separates his character from humans. 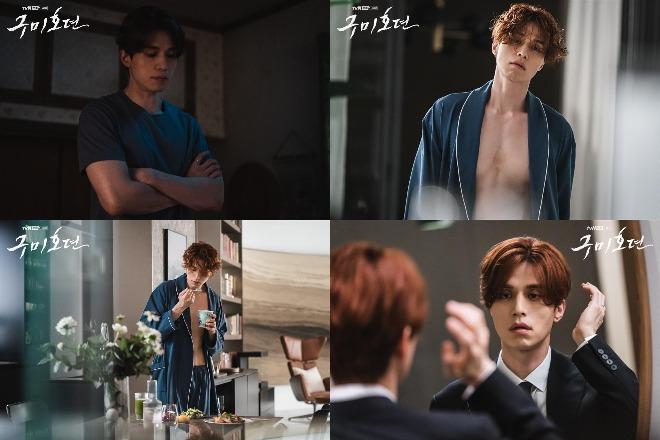 Jo Bo Ah as Nam Ji A is equally interesting. Orphaned by her encounter with the supernatural, she has developed a penchant for chasing after it. I can totally relate to her character’s tenacity in looking into stories with mystical aspects, hoping it will give her clues into the whereabouts of her parents. 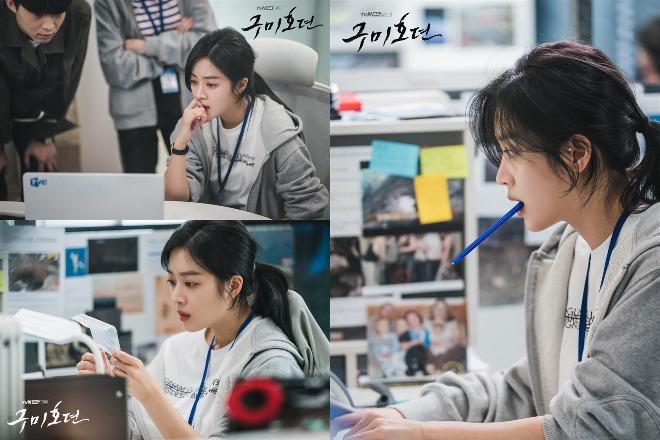 Making things more complicated for Ji A and Lee Yeon is the latter’s younger brother, Lee Rang. Portrayed by the roguishly charming Kim Bum, I’m finding it hard to hate his character (I’m sure many viewers can relate). While the first two episodes only shows his character mostly antagonizing Lee Yeon, it is easy to tell there is more to him than meets the eye. 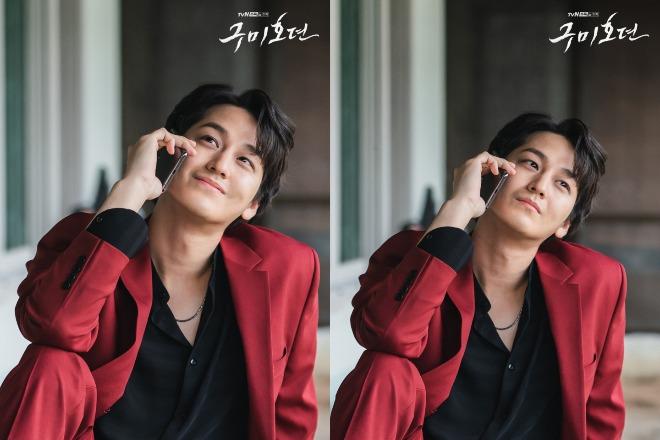 These layered characters and their presentation, plus the engrossing plot entice the audience into wanting to know more. The events in Tale of the Nine Tailed unfold in a fast-paced but steady manner that does not overwhelm. This way of storytelling appeals more as viewers can easily see what motivates each character. Getting to see how these motivations will play a pivotal role into the progression of the story and the characters’ developments is enough of a reason to tune in every week.

Tale of the Nine Tailed airs every Wednesday and Thursday at 10:30PM KST via tvN. It is also currently streaming on Viu and iQIYI.