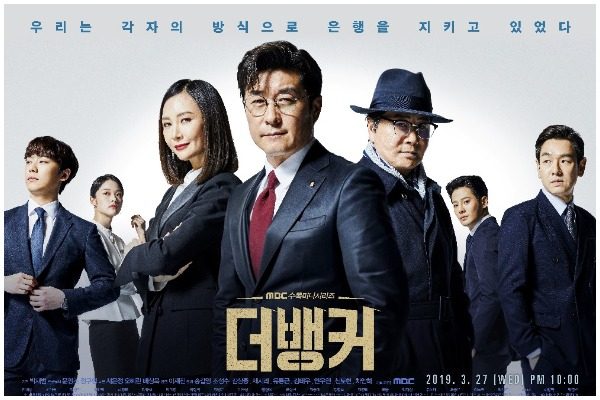 K-Drama Premiere: “The Banker” Explores The Depraved And Convoluted World Of Banking

To say that money is the root of all evil is not without basis, add in greed, and you just created the formula for destruction.

That is the central theme of MBC’s newest financial drama The Banker. A former Olympic champion who now works as bank manager in a small rural town is suddenly thrusted into the complex and corrupted environment of banking and finance. 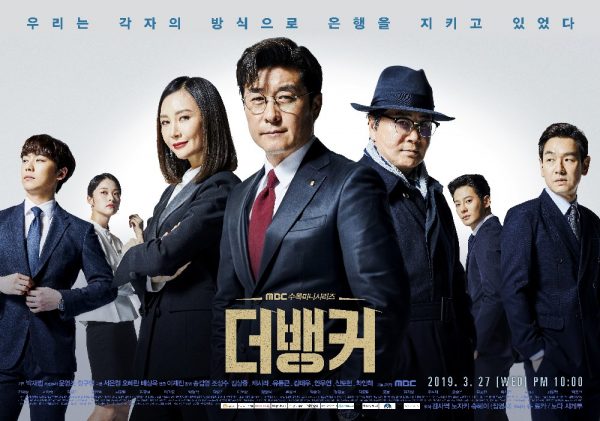 Still haunted by an incident after a financial loss, Manager Noh Dae Ho knows the dark side of money. However, apart from facing its ill-effects, he will also have to contend with people’s greed and lust for power.

Noh Dae Ho (Kim Sang Joong) helps the residents of Gongju about their problem with a wild boar. This animal keeps pestering their farm crops. Using his shooting skill, he manages to kill a couple of wild pigs. The villagers applaud and recall that he earned a silver medal in the Olympics because of it. As payment, he encourages the villagers to open an account with their bank.

The residents oblige, and their branch is able to secure a number of new accounts. Meanwhile, Kang Sam Do (Yoo Dong Geun) the chairman of the Daehan Bank launches a book. His right hand Do Jung Ja and Vice Chairman Yook Gwan Shik try to outdo each other through the wreaths they gave.

During the book launch, the Vice Chairman’s lackey goes to the address secretly stashed in the book. At the car, the employee loads boxes inside the trunk of the car. Yook Gwan Shik calls the man and instructs him to close the current account. He also wants him to open a new one at a different branch to avoid trace. He suggests the branch in Gongju and promises to restrict the monitoring of cash flow for the time being at said branch. The next morning the guy goes to Gongju bank branch and submits all the documents required to open an account. 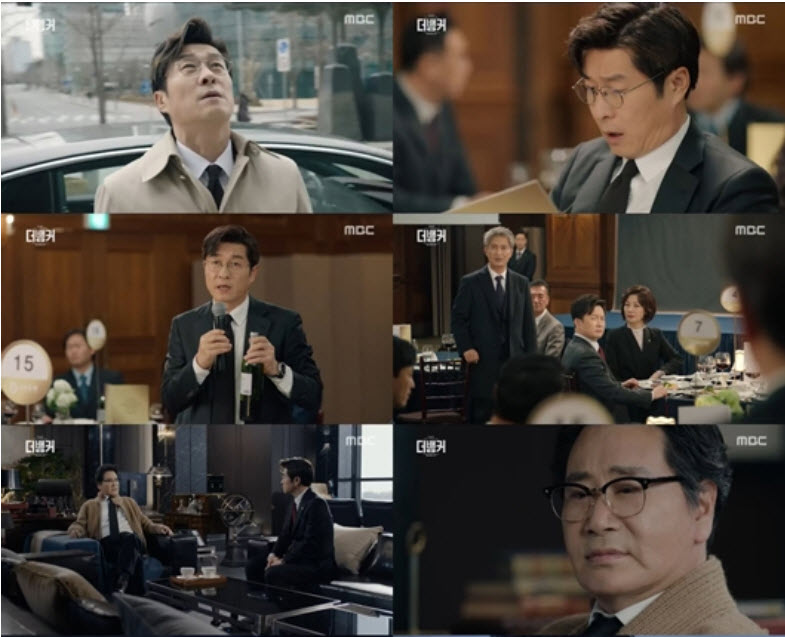 After having their lunch, Noh Dae Ho and Seo Bo Geol (Ahn Woo Yeon) chase after a thief. They manage to apprehend the culprit and the chase has gone viral. He is summoned to the headquarters in Seoul and Yook Gwan Shik scolds Manager Noh for putting an unnecessary attention to their bank. He says that a bank manager should not run after a thief and it gives off an impression that their bank has lax security. Han Soo Ji (Chae Shi Ra) says that the comments are all positive and it actually helps in PR.

As they exit the Vice Chairman’s office, they happen to meet the Chairman and he thanks Noh Dae Ho for what he did. Meanwhile, the man who just opened up an account at the Gongju branch gets involved in an accident and it turns out the boxes are loaded with money. He abandons his car as people start to gather and grab the money scattered on the road. Noh Dae Ho sees this incident as he is on the bus back to Gongju, though he is not able to see the owner of the car.

Because of the incident, the Vice Chairman admonishes the guy and tells him to close the account. To further cover up his crime, he proposes to downsize and close under-performing branches. The Chairman agrees considering the economic status. Yook Gwan Shik wants a list of branches that will be closed, and Han Soo Ji provides him one.

Upon checking the initial file, he demands her to redo the list as he wants to combine the failing branches with the ones under Do Jung Ja’s management. He wants her not to be obvious about and to set up new parameters for the minimum performance. 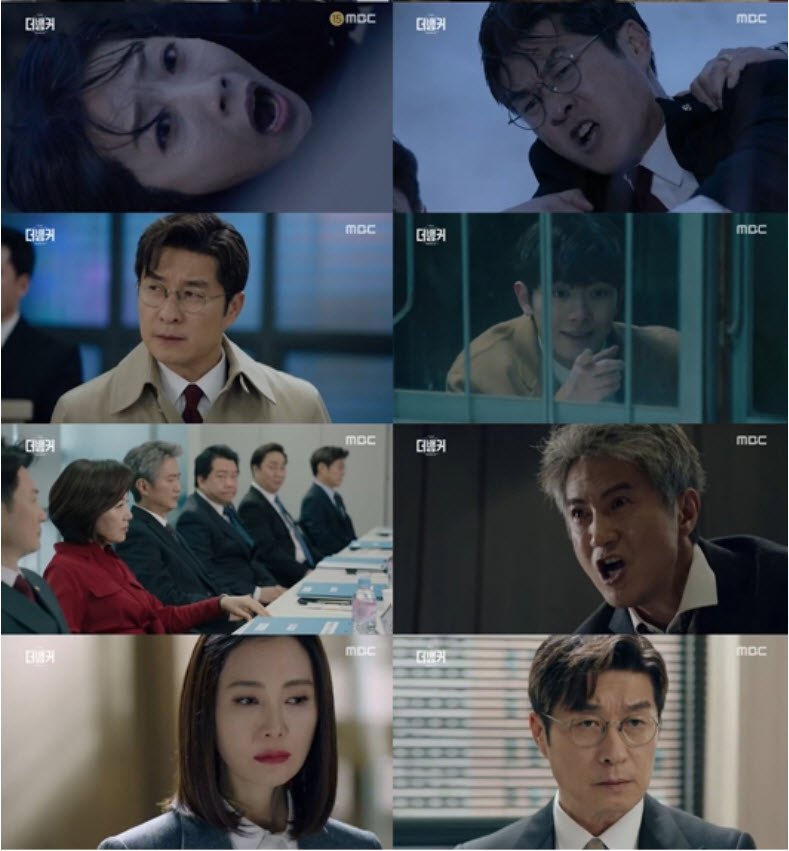 Han Soo Ji calls Noh Dae Ho and gives him a heads up about the brewing storm in the main branch. She advises him that he needs to step up. Noh Dae Ho speaks with the villagers and sets up a cooperative to increase their chance of getting a large loan amount.

The Gongju residents pull their resources together and set up a community to which the farmers and small business owners can profit from the cooperative. The bank approves their loan, and the branch improves their performance. However, their branch shuts down.

The headquarters redistributed the employees to different branches. Much to everyone’s surprise, including Noh Dae Ho, the headquarters appointed him as the new auditor. He is now based in Seoul and on his first day, a chauffeur drives him to work.

He has his own office and secretary and gets all the perks from the company. During the welcoming party, Noh Dae Ho expresses his disappointment about the lavish dinner. He laments that people from the villages are struggling with their businesses and make ends meet.

At the same time, Section Chief Jin, whose father is a victim of a man claiming bankruptcy, tampers with the Gu Seong Taek’s account. Her father is unconscious, and in the hospital, because the man does not want to pay due to lack of funds. She finds out that he is a regular at the branch she gets transferred to. She talks to the manager, who happens to be Yook Gwan Shik’s cousin, and he reprimands for being nosy. 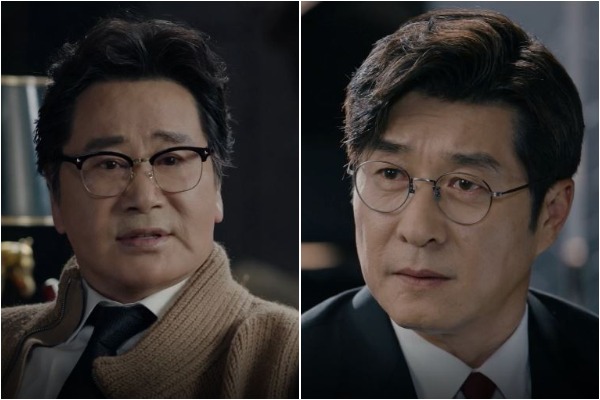 Ms. Jin questions why the bank keeps on making business when the man is clearly doing something suspicious. In desperation, she exchanges the bank notes. She then goes to the rooftop of the main branch where she throws the money.

Auditor Noh Dae Ho calms her down and he conducts an impromptu visit and audit at the bank. Seo Bo Geol tails the Gu Seong Taek. He discovers that the place is where he stashes all his money and other valuables. It is a clear evidence he is not lacking funds. Noh Dae Ho confronts Yook Gwan Shik’s cousin with the paperworks. He tells him that the guy keeps on changing business and that should have raised red flags. He reasons out that he wants to improve their performance and to keep a customer.

Han Soo Ji advises Yook Gwan Shik to terminate his cousin. As much as he hates it, he decides to do it. She tells him that the employees praise his decision as it shows his fairness. However, he is still angry at Auditor Noh Dae Ho and is planning trap for him. A mysterious man sends a text message to Auditor Noh and he displays a worried reaction.

The Banker started off with enough intrigue and drama. It has a unique quality to it that makes the drama interesting. Perhaps it was the series’ immediate relevance to the current economic situation that hooks. Maybe it was the familiar way people in the series look at and treat money, or it could be both. Nevertheless, this series opened up to a good start.

The contrast in how people from rural and urban areas view banks, well money really, was shown in great detail. As a manager from a small branch of a small farming town, life was simpler. He needs to encourage the residents and introduce to them the banking system. And how they can take advantage of the bank’s many offers. 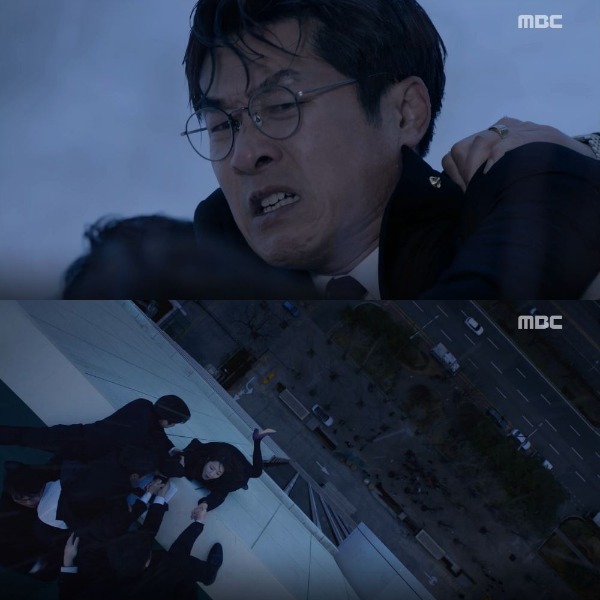 Unlike the ones from the city, where people are more concerned of obtaining power that they actually forget who the real shareholders are. The Chairman and Noh Dae Ho share the same views. Both are aware that without the people, the financial system, which is already vulnerable, would crumble.

Furthermore, the drama also reiterates that as much as there are bad effects, money can also provide good ones. It could help grow a business or prolong someone’s life. However, we need to be careful and wise. As part of a grand system, we all have the duty to be accountable and responsible for our spending and investments. There are people who know this and adhere to it, however, humans have innate greed and that is causing the problem.

The major players have been identified at the onset, and it was a good thing. Although I know there are still antagonists lurking in the shadows that would challenge No Dae Ho’s sense of justice. I just can’t wait to see how he will stand up to those while keeping his integrity.

The Banker airs every Wednesday and Thursday on MBC.