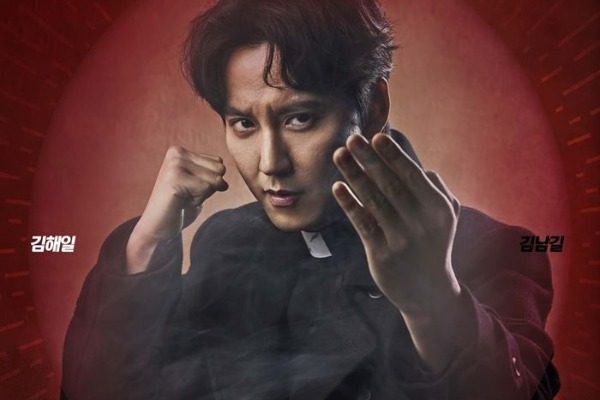 A priest with a temper and a troubled past stirs things up in a town ruled by corrupt officials.

In The Fiery Priest, Kim Nam Gil plays Father Kim Hae Il, a man of the cloth who has anger management issues. He has a certain reputation and with his temper, he’s always involved in altercations. Because of a fight he had with a local gangster, he has to skip town. 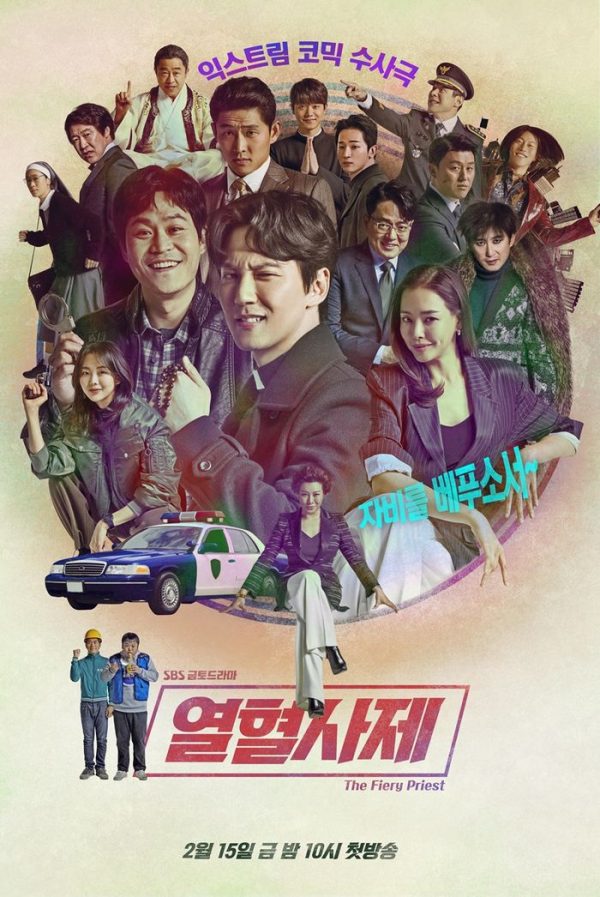 An older priest, who is a mentor, welcomes him to his parish and town. It does not take long for trouble and Father Kim to cross paths. With the demise of his mentor, Kim Hae Il will do everything he can to uncover the truth behind his death.

Father Kim Hae Il (Kim Nam Gil) chases a fake shaman who is performing a “spiritual healing” to collect money from the local residents. He catches the man and Father Kim asks him who is behind the scheme. The guy blurts out the name of the leader of the local mob. The priest goes to the gangster’s place where he pummels the guy and his men. 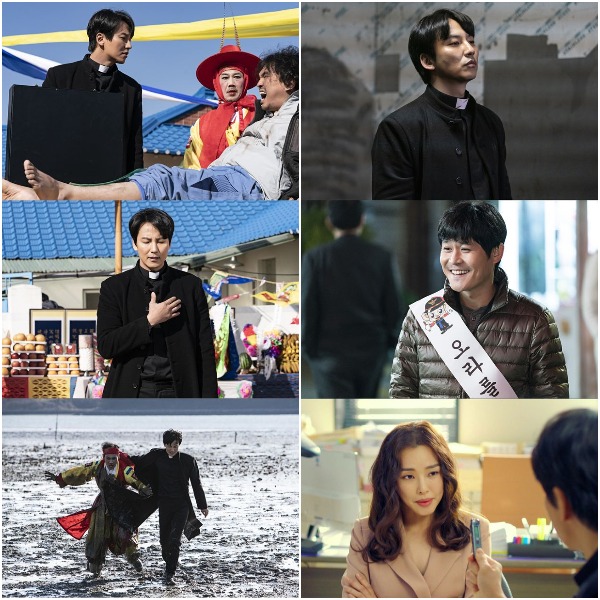 The local gangster is pursuing a case against the priest despite the protests from local religious practitioners who back up Father Kim. In order to avoid a harsh punishment, he has to leave and goes to the town of Gudan. Meanwhile, Detective Koo Dae Young (Kim Sung Kyun) of Gudan Police Precinct mistakenly enters a room of mobsters. His superior forgot to tell him where the bust is going to happen. Thinking he has the correct address, he opens the door only to discover it is the wrong location. He gets beaten and stripped naked.

Father Kim stops by a small noodle house to eat when he sees three men bullying a foreign guy. A police car intervenes before Father Kim is able to. After his meal, he proceeds to the church where Father Lee welcomes him. The members of the parish gather to have a meal with Father Kim, however due to the nun’s constant chatter, Kim Hae Il explodes in anger. 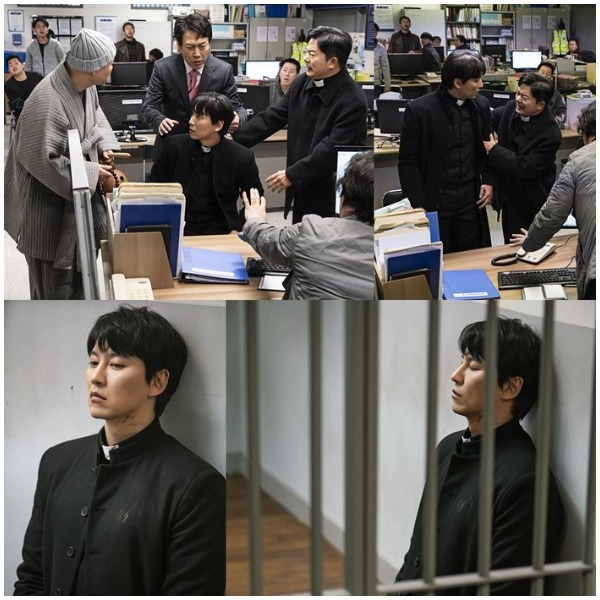 The next morning, Father Kim heads the service. While he is reading his sermon, he hears a rustling sound of a plastic packet being opened. He ignores the first time but can no longer tolerate the second time. He shouts at the person responsible and orders him to go out. Churchgoers are surprised with his behavior but he finishes the service.

Prosecutor Park Kyung Sun (Lee Ha Nee) receives a half-filled box of money from the Chief Prosecutor. She feels uneasy but she does not return the money. On their way to the orphanage, Father Kim and the young priest happen to pass by a group of policemen walking away from a ruckus. A number of people protest in the groundbreaking ceremony for a museum. As it turns out, a trading company is buying out people’s lands for commercialization. The company’s CEO does not take no for an answer and resistance is met with violence. 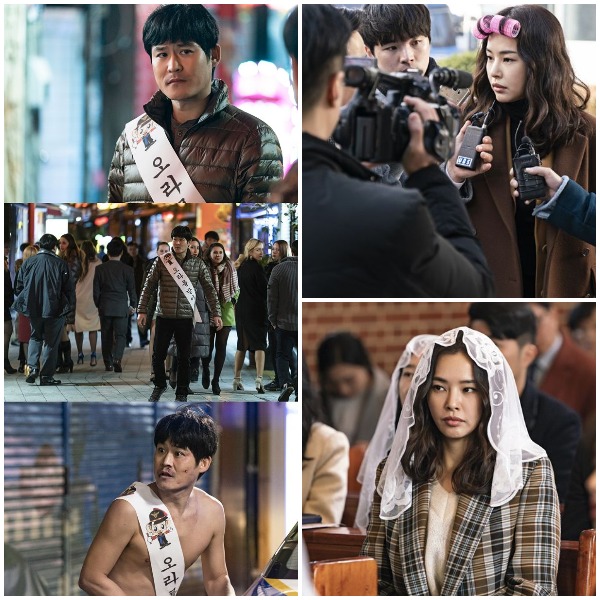 As the commotion continues, Hwang Cheol Bum’s men start to beat the protesters. Kim Hae Il tries to avoid them but all of a sudden he hears thunder. One of the demonstrators is able to get away and comes near Hwang Cheol Bum. The older man hits CEO Hwang in the face. Cheol Bum is about to hit the man when Father Kim intervenes.

While playing with the children in the orphanage, an explosion occurs. This brings back a traumatic memory during Kim Hae Il’s NIS days. He is seen hesitating to throw a grenade inside a bunker as reports said there were children in there. However, his superior told him to do it. Before the grenade exploded, he saw a kid pick it up and more emerged from hiding. He attempted to rescue the kid but it was too late. 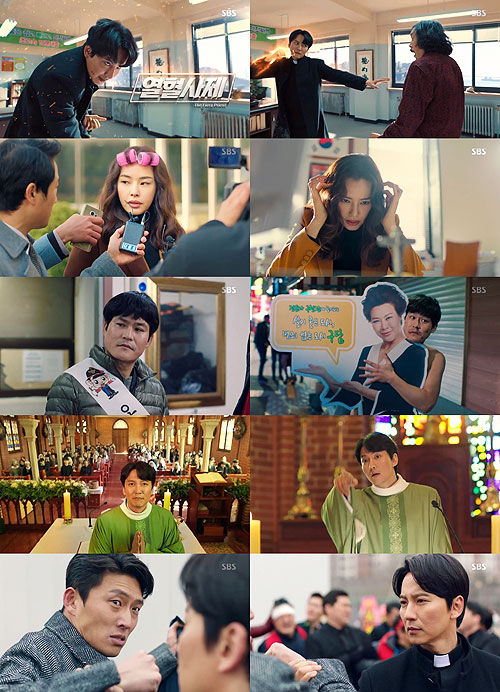 Hwang Cheol Bum’s lackeys are putting pressure on Father Lee as he refuses to sell his land. They warn the priest that they will come back every day to cause disturbance. Hae Il sees them but before they exchange blows, Koo Dae Young and his rookie partner arrive. The police arrest the three but let them go after.

Back at the parish, Kim Hae Il and Father Lee are arguing. Hae Il is mad because Father Lee just lets the bullies get away with everything. He walks out and while he is drinking alone in his room, Father Kim throws in a letter. Father Kim receives a text message saying that men have been released. He lashes out at the precinct and goes home. He is unaware that Father Lee answers a call from someone and goes out to meet that person. 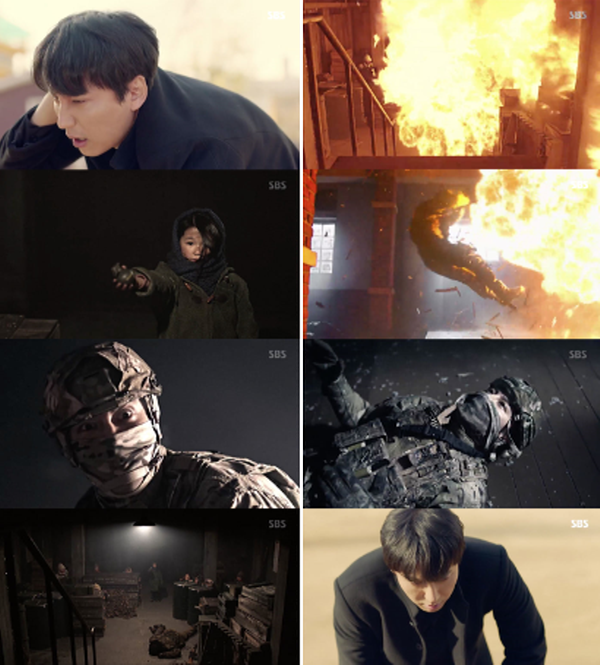 The next morning, Hae Il sees a note from Father Lee instructing him to reheat the bean sprout soup he made to cure his hangover. Suddenly the young priest burst into the room to ask if he has seen Father Lee because he missed the morning service. A few hours passes and they still have no news on the elder priest’s whereabouts. A nun opens the church door and cries her heart out.

Hae Il goes to the morgue and sees Father Lee’s dead body. News reports are saying that Father Lee has committed suicide to which his parishioners and Kim Hae Il refuse to believe. He demands an autopsy and an investigation as he finds his death suspicious. The police tell him that the prosecutor’s office did not grant a warrant for investigation. When he insists to know the name of the prosecutor, they refuse to give it to him. Detective Koo’s partner takes Hae Il out and secretly hands him a note with the prosecutor’s name. 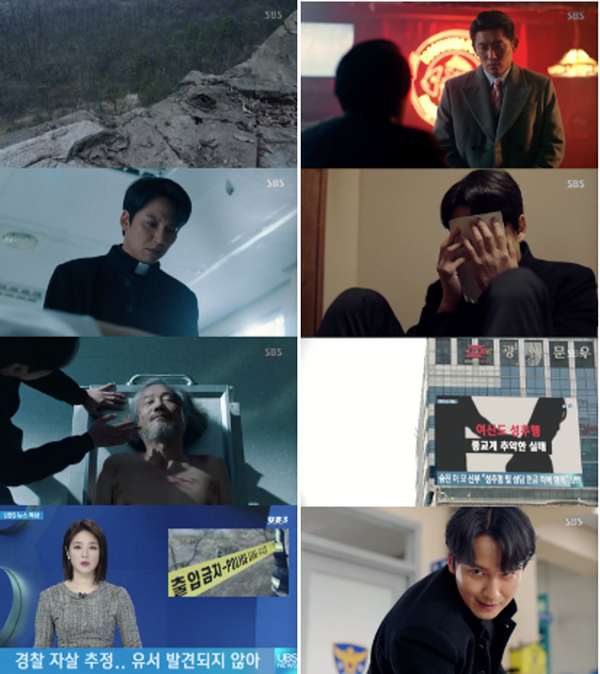 The priest confronts Park Kyung Sun but she did not hear him out. News reports deliver more disturbing information about Father Lee’s death. They are now claiming his involvement in sexual abuse and embezzlement. Furious at the turn of the events, Father Kim Hae Il goes back to the police station and punches Detective Koo Dae Young.

The Fiery Priest impressed in its opening week as evident with its high premiere ratings. The characters, particularly the main lead Kim Nam Gil, are equally interesting. From the onset the drama established, there is more to Father Kim Hae Il than meets the eye. A priest with a temper is not common, and someone who uses his fists to get his point across, more so.

Father Kim has a past – and it was a dark one. People only sees his bad temper, but deep down Hae Il has a soft spot for people he treasure. Father Lee and children are among those he cherished the most. So it was no surprise that he will do anything to uncover the truth behind Father Lee’s death and clean his name. Apart from Hae Il, Detective Koo is an appealing character as well. He tries hard yet his colleagues often discount him. He mostly goes with the flow but it will be interesting to see how his association with Hae Il changes the way he look at himself.

Park Kyung Sun is a career woman and she is capable of knocking off people just to be on top. However, she is also a woman of faith who attends church services and confesses to a priest whenever she feels she is doing something wrong. 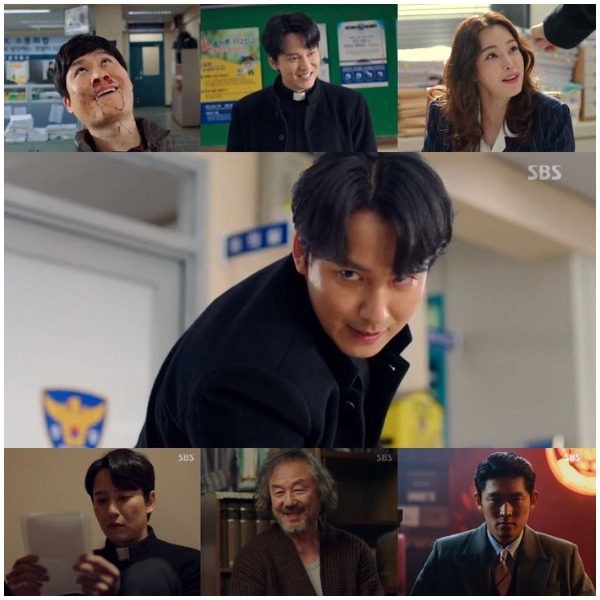 The town officials, who are only concerned with themselves and disregard the populace, also added more intrigue to its already engaging premise. With Father Kim Hae Il out to prove his mentor’s death is no suicide, the town is in for a major surprise. He already started making his presence known and he is not going to stop until he gets to the truth.

Though its genre is comedy, there are enough melodramatic scenes that elicited an emotional response. That part when Hae Il read the last letter of Father Lee was such a tear-jerker. Kudos to Kim Nam Gil for giving justice to that scene. The mix of the characters with different personality and agenda plus the effective portrayal and interesting plot gave The Fiery Priest a red-hot premiere week.

Catch next episodes of The Fiery Priest as it airs on SBS every Friday and Saturday at 10PM.