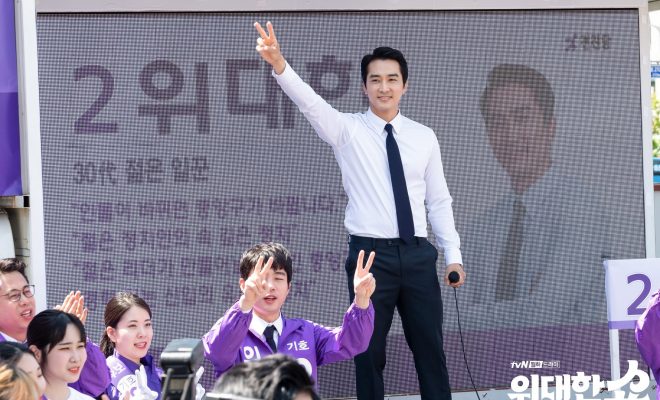 Song Seung Heon is back with another quality drama, The Great Show.

As Assemblyman Wie Dae Han, Song is determined to be the perfect politician, polished on the outside, but flawed on the inside. He is quirky and polite, his smile is bright and his speech is passionate. However, Dae Han struggles with his past and overcoming his Goliath – Assemblyman Kang Kyung Hoon. 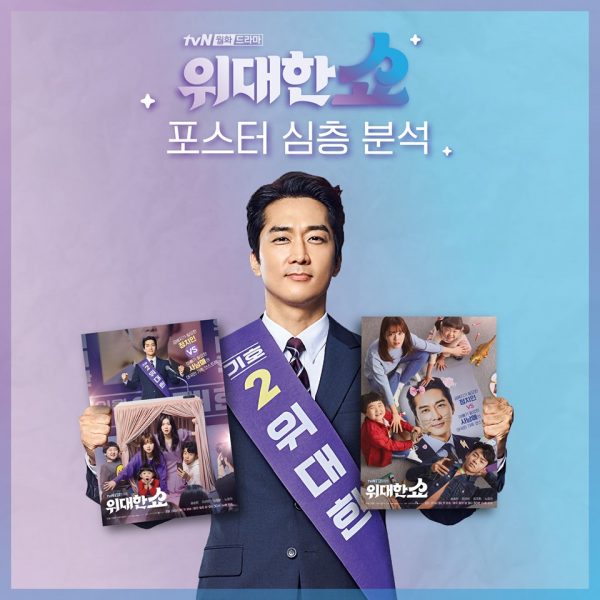 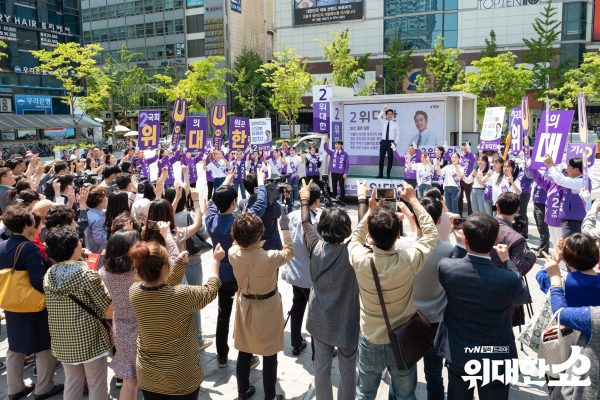 Wie Dae Han is the hottest new assemblyman — perfectly coiffed, intelligent and extremely likable. He proposes the most laws, he’s known for his diligence and perfect attendance in Assembly, and he won Best Assemblyman Award in 2015. He’s the David to Assemblyman Kang Kyun Hoon’s Goliath.

The Complicated Past of Assemblyman Kang and Dae Han

Assemblyman Kang and Dae Han go way back. Years ago, Dae Han approached Assemblyman Kang as a teenager. He begged for him to help them not lose their family restaurant. Dae Han told Assemblyman Kang that his son Joon Ho was his classmate. Strangely, he apologized for beating Joon Ho in the midterm exams. He tried to say it was just luck that he came in first and Joon Ho came in second.

Assemblyman Kang said he would ask his aide to check whats going on. Dae Han thanks him and leaves. But Assemblyman Kang stopped him and he said that in order for a Country to run well, people have to keep to their duties and not to covet what’s not theirs.

This was when Dae Han realized his dream to become an assemblyman himself one day. He promised himself that he would get rid of scumbags like Assemblyman Kang.

During the campaign period, Dae Han receives news that his father passed away. He has no choice but to act as the chief mourner even if he still has a grudge against him after not seeing him since he was 8 years old. The father committed suicide and is found after a week. However, a video goes viral of Dae Han ignoring his father who was standing in a crowd during his campaign. The public turns against him and calls him the most reprobate son. 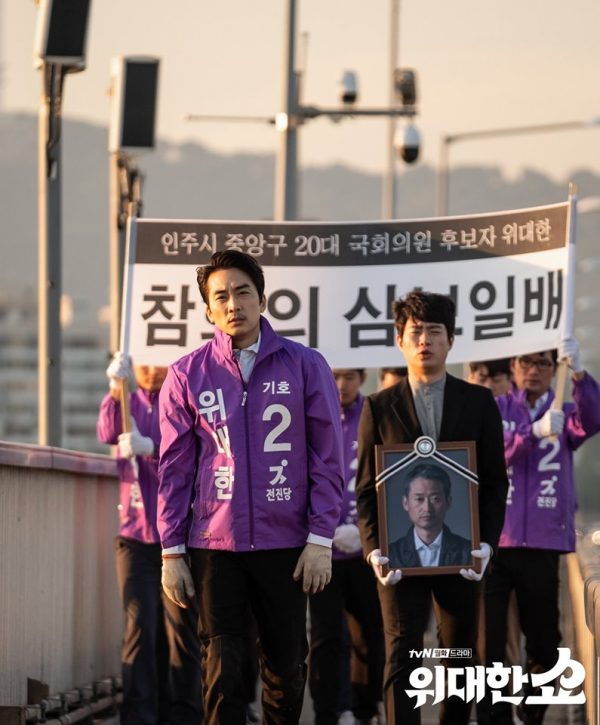 He realizes that Assemblyman Kang released the video and used it against him. Desperate to save the campaign, Dae Han decides to suspend the campaign to repent. He starts a mourning march, kneeling for every three steps – which improves his ratings. However, it destroys his reputation too much. Dae Han loses the elections and even breaks up with his girlfriend. 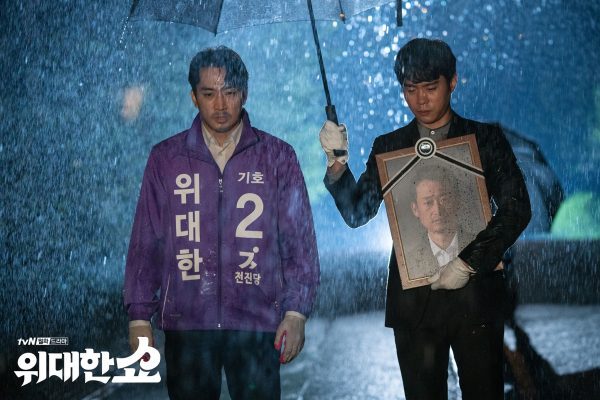 Who is Da Jung?

After the election, Dae Han develops a panic disorder. He starts working as a designated driver. He tries desperately to remind people of who he was, but he comes across as pathetic. His former assistant Bong Joo thinks that he should work on making sure people forget about him instead. Since people know him as a reprobate son, Dae Han should make sure that he’s forgotten. 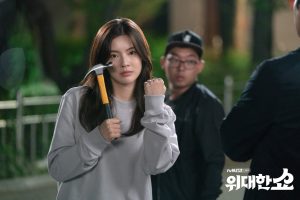 Soo Hyun, Dae Han’s college junior, moves into the neighborhood where Dae Han also lives. One day, they meet in the market and run into Da Jung. She acts like she lost her brother and gets Dae Han to help her. On the other hand, Dae Han sees a chance to boost his popularity, which annoys Soo Hyun. They fall right into Da Jung’s plan. Both Soo Hyun and Dae Han help Da Jung look for her birth father. 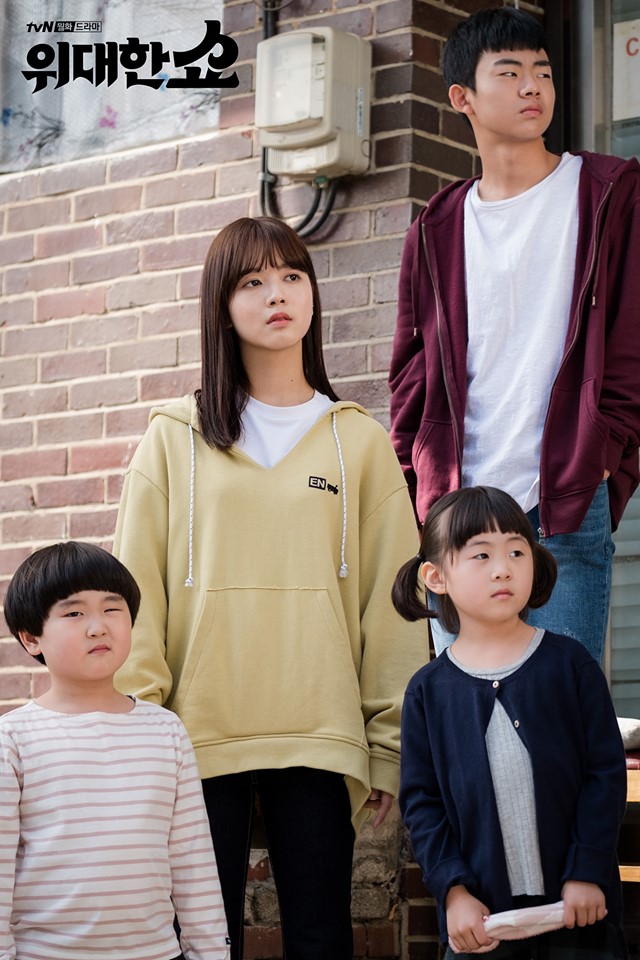 That night, Dae Han talks to Da Jung on the phone about her birth father. He tells her that finding out about a daughter would be like receiving a Christmas present. Da Jung shows up on his doorstep and drops a bombshell — Dae Han is her birth father. 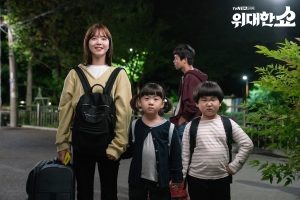 Dae Han – He is NOT the father

Dae Han reels from the revelation that Da Jung might be his daughter. He allows them to stay in his house but demands for a paternity test. Da Jung agrees because she is sure that he is her birth father.

Meanwhile, Dae Han tries to find for a place for the kids to stay. He can’t afford to take them in since he has no real job. Dae Han decides to put them in an orphanage.

He talks to Da Jung about the orphanage. Da Jung gets upset and tells him that they aren’t orphans. She feels sorry that she approached him, and gathers the kids and leaves. Outside, they run into Soo Hyun. She asks about Da Jung’s birth father, but Da Jung is evasive. She sees their suitcases and Da Jung tries to explain that her birth father didn’t have a big house. However Soo Hyun assumes that he kicked the kids out.

Dae Han explains he is taking them home so Soo Hyun insists to come. When they get to the kids’ home, it is dirty and empty with no food. Soo Hyun feels sorry and buys them food, telling Dae Han that she is sure the birth father is a scumbag and garbage. Dae Han takes offense and says he might have a reason for turning them away.

Dae Han receives news from Bong Joo that the paternity test came back negative. However, he also brings bad news that Joon Ho might run in the next elections.

Dae Han Makes A Decision And Changes His Life

Meanwhile, Assemblyman Kang and his son Joon Ho do publicity stunts like feeding programs. However, Assemblyman Kang tells Joon Ho he plans to retire and not run in the next election. He encourages Joon Ho to run in his place, but Joon Ho initially declines. He says that politics is not for him.

Meanwhile, Dae Han is seated outside a convenience store eating ramen. He reads positive comments about the publicity stunt of Assemblyman Kang when he receives a call. He runs to the location and runs into Joon Ho. It turns out Joon Ho called for a designated driver. Even though he was embarrassed, Dae Han accepts the job. His former girlfriend Hye Jin is also with Joon Ho, which added to his embarrasment. He gets riled up talking about Joon Ho’s dad and is involved in an accident.

As Joon Ho leaves, Dae Han gets a call from Soo Hyun. Da Jung had called her. She was pretending she was calling a chicken place and Soo Hyun guessed they needed help. On their way to the children, Dae Han makes a decision. 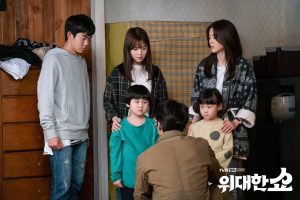 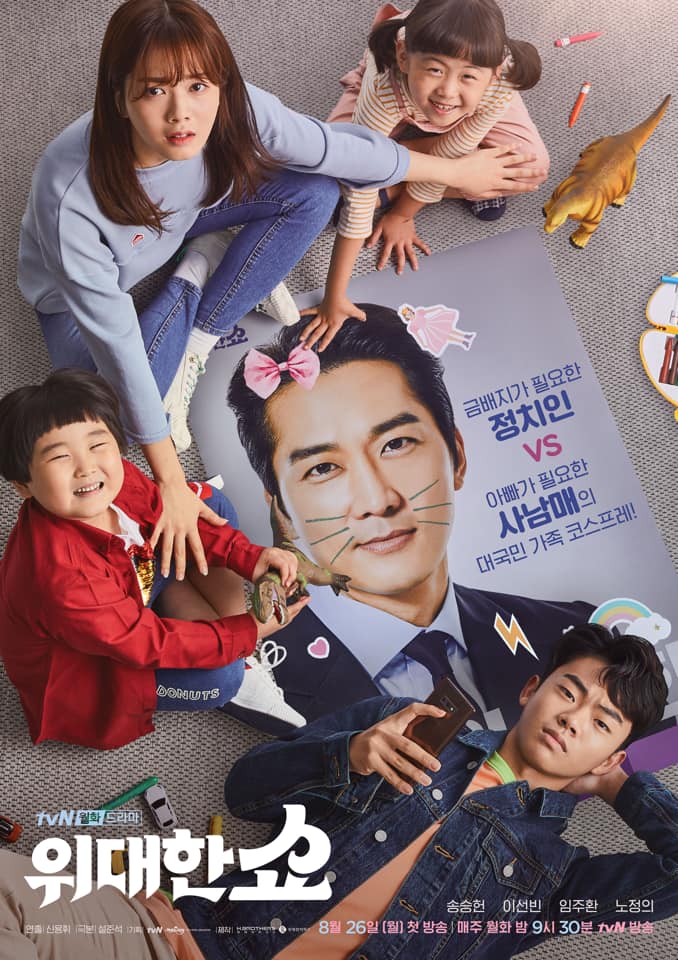 Song Seung Heon is a charmer, no doubt about it. He’s handsome and he’s a great actor. I’m excited to see how he’s going to jive with a cast full of children. This reminds me strongly of Terius Behind Me. Watching So Ji Sub interact with the children even after filming delighted me to no end. I’m excited to see if Song will be the same.

I love the cast, especially the kids. They’re adorable, Tak is a typical annoying teenager, glued to his smart phone. But he has depth. I hope he reveals himself more in the coming episodes. Da Jung (Roh Jeung Eui) is spectacular. Even at her young age, there is maturity in her acting, even with her aegyeo moments. She takes charge of her siblings and struggles to make a living, but she’s vulnerable and scared. She showed a great balance in acting for the premiere week.

Overall, the story is captivating and kept me engrossed. Immediately, I root for Da Jung and the kids. Initially, Joon Ho is kind and I can’t see him as a potential rival, but by the end of the second episode, it’s starting to unfold. As always, Lim Ju Hwan is impeccable. But perhaps, a leading role in the future? Why must you always accept second lead roles?

And for all Hotel Del Luna fans out there, Lee Do Hyun also made a cameo during the premiere week as the young Wie Dae Han. So if you want to see a modern-day Lee Do Hyun, make sure to check out The Great Show! 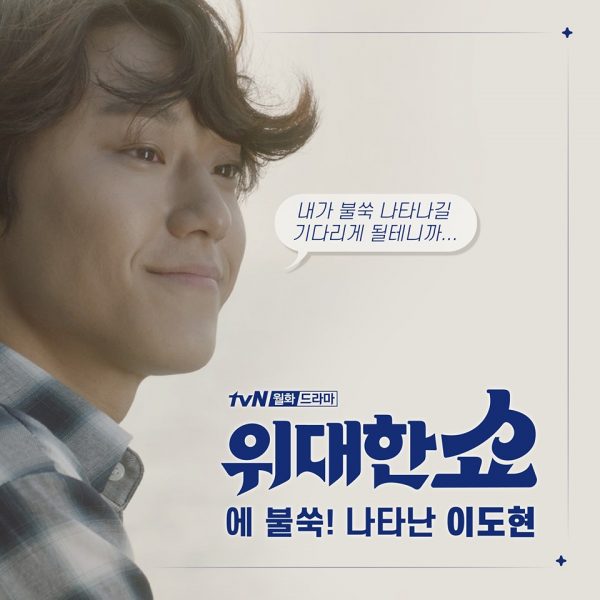 The Great Show is on tvN every Monday and Tuesday. It’s also available on Viu.

Hellokpop, as an independent Korean entertainment news website (without influence from any agency or corporation), we need your support! If you have enjoyed our work, consider to support us with a one-time or recurring donation from as low as US$5 to keep our site going! Donate securely below via Stripe, Paypal, Apple Pay or Google Wallet.
FacebookTwitter
SubscribeGoogleWhatsappPinterestDiggRedditStumbleuponVkWeiboPocketTumblrMailMeneameOdnoklassniki
Related ItemsLee Sun BinLim Ju HwanSong Seung HeonThe Great Show
← Previous Story INFINITE’s L Poses Like A Sweet Autumn Boyfriend In Photos Released By star 1 Magazine
Next Story → Jo Byeong Gyu Confirms Role in New SBS Sports Drama