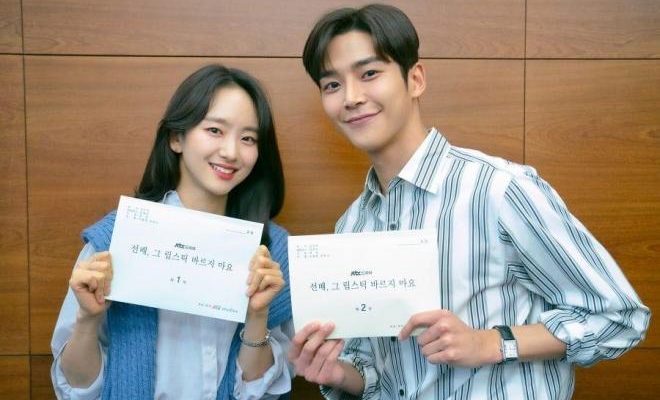 SF9’s Rowoon and Won Jin Ah led the cast members, as they gather for the first table script read of jTBC’s romantic drama Sunbae, Don’t Put on That Lipstick! 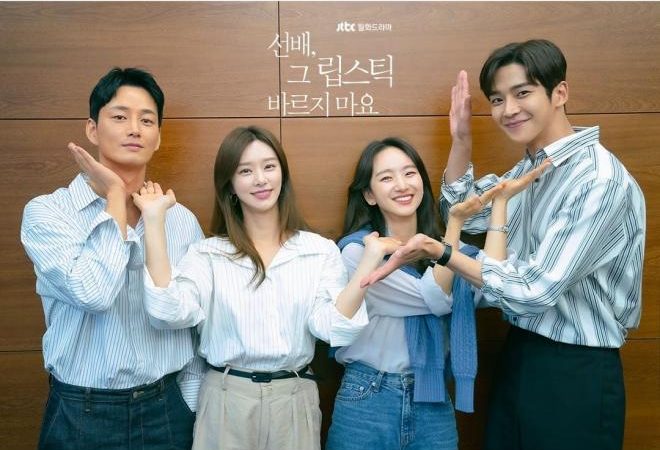 Won Jin Ah, who will be playing Yoon Song Ah, expressed, “The mood feels special because it seems like we’re one family, even before the filming start. I will do my best to make a perfect drama with my seniors and fellow actors.”

Ro Woon, who will be portraying Chae Hyun Seung, said, ” I will learn, enjoy, and rely on you a lot, while working hard.” 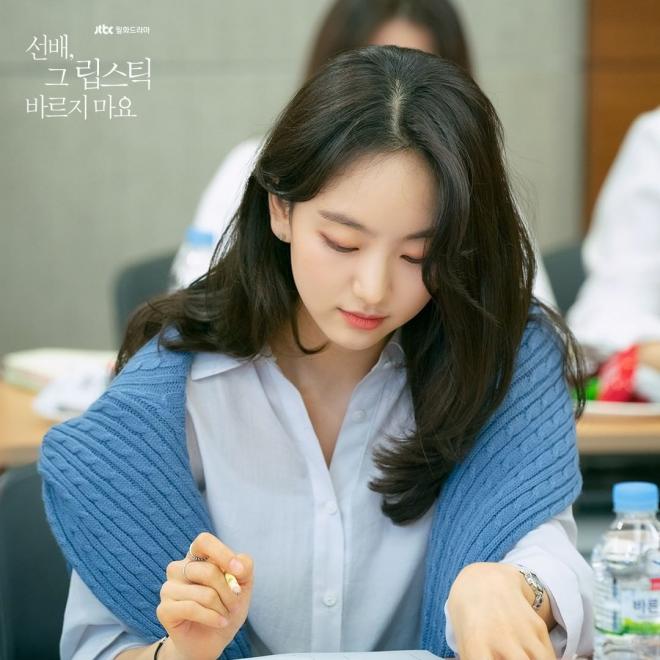 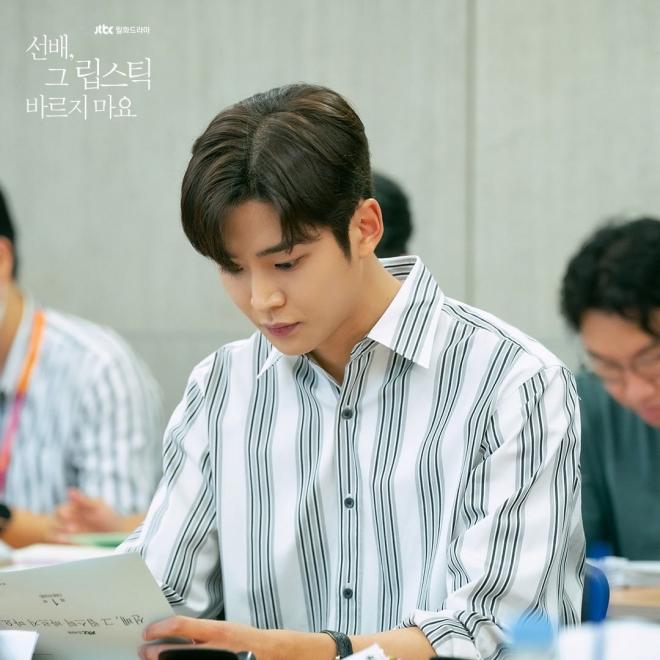 Aside from the main leads, supporting actors also showcased their strong acting skills and chemistry, including Lee Hyun Wook  as Lee Jae Shin, the guy with a manly beauty, and Lee Joo Bin, as Lee Hyo Joo, a lovely yet cold woman. 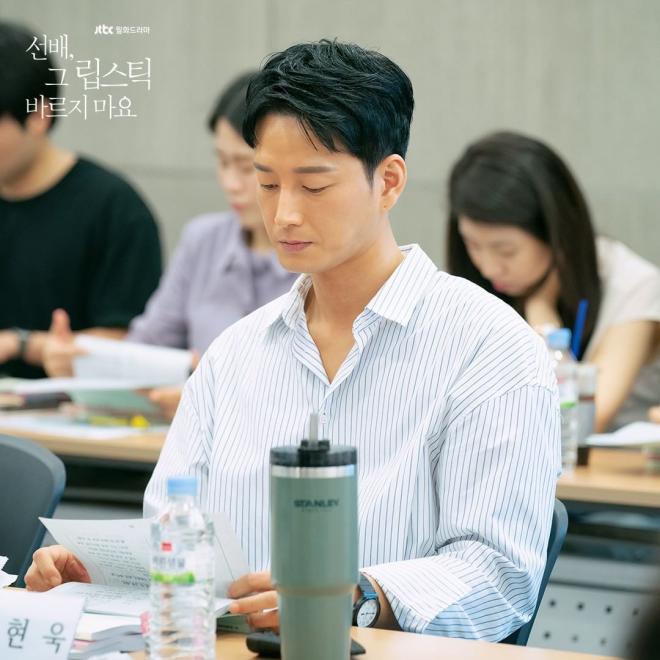 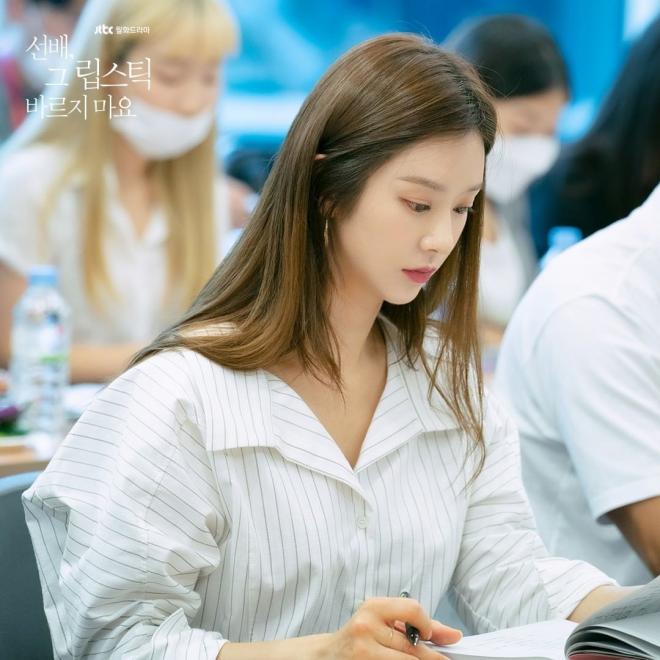 Lee Kyu Han brightens the atmosphere with his playful performance, as he turns into Lee Jae Woon. He is the marketing director of a cosmetics brand company and the brother of Lee Hyo Joo. 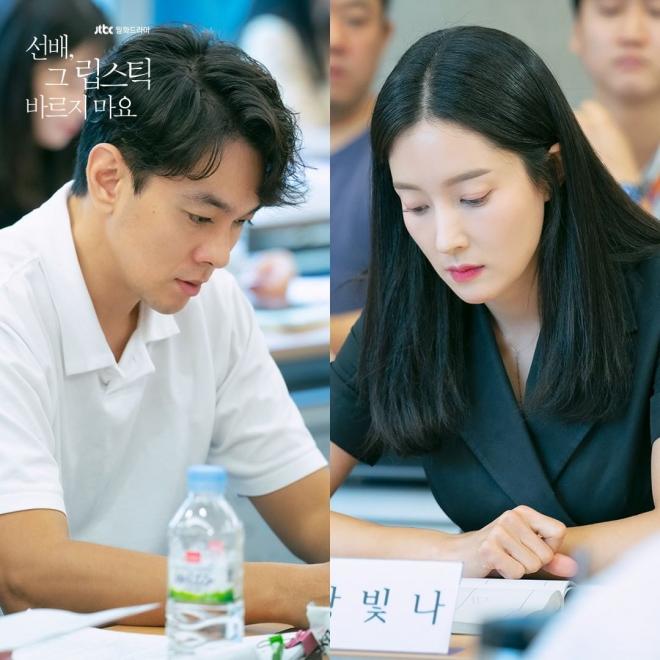 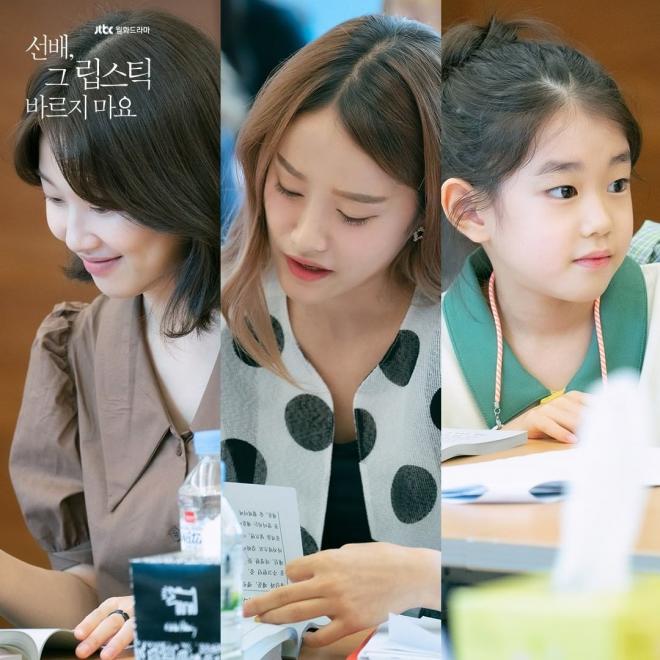 The drama was written by Chae Yoon and directed by Lee Dong Yoon. He said, “I am thankful for being with such great actors suitable for the roles.  They were the ones who further strengthen our teamwork and boosting the show’s morale.”

He continued, “This drama will show a variety of romance. It will not just tell the story of the main characters but the other couples as well. We promise to work hard and present a well-made series.”

The drama’s production team said, “The teamwork and chemistry between the actors were so good that describing the atmosphere was beyond words. Everyone is doing their best to deliver this good energy to the viewers, so please look forward to it.”

Sunbae, Don’t Put on That Lipstick will air in 2021, following Live On.