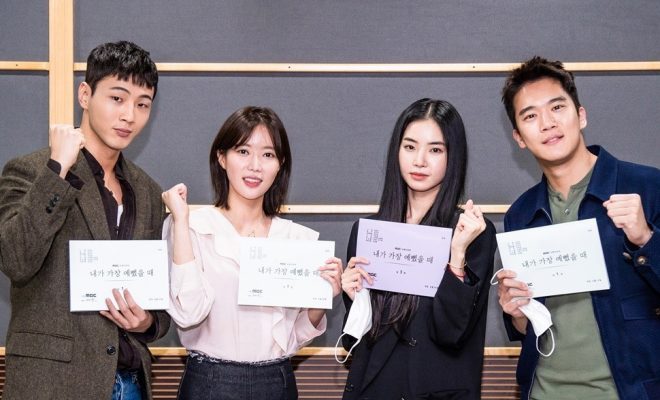 The cast of When I Was The Most Beautiful gather together for the drama’s first table script read.

The upcoming Wednesday-Thursday MBC drama, When I Was The Most Beautiful, revealed its first script reading session. It was headed by Director Oh Kyung Hoon (Bad Thief, Good Thief and Mom) and scriptwriter Cho Hyun Kyung (Grand Prince and Maids). 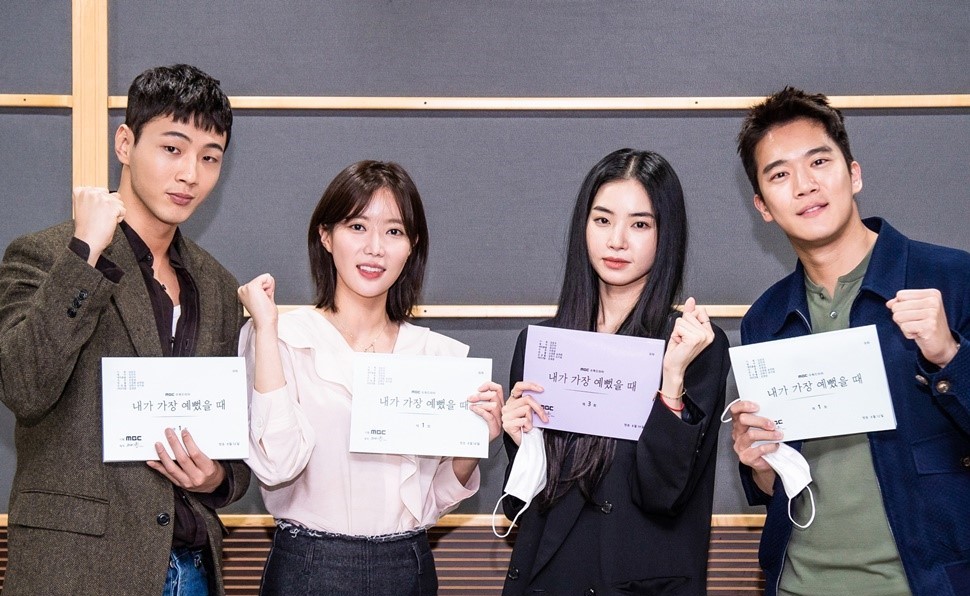 When I Was The Most Beautiful is a drama about understanding and healing from pain of life through their fateful love. It is a story about two brothers who loved one woman at the same time. It is considered  as one of MBC’s most anticipated drama in the second half of the year.

The youth icon Ji Soo returns once again to the small screen after a year. He is known for his cool and immersing acting. The actor transforms to the role as Seo Hwan, a young man who engages to a taboo love. He is an honest man who can’t let go of his fateful first love.

Portraying the older brother Seo Jin, who is in the love triangle with Seo Hwan is Ha Seok Jin. Passionately working without a break, he instinctively got smitten by Oh Ye Ji when he meets her for the first time in his father’s studio.

Rounding up the lead cast is Hwang Seong Eun. She is Seojin’s former lover and marketing partner Carrie Jung. The one-sided flame still runs for her albeit not mutually returned anymore. 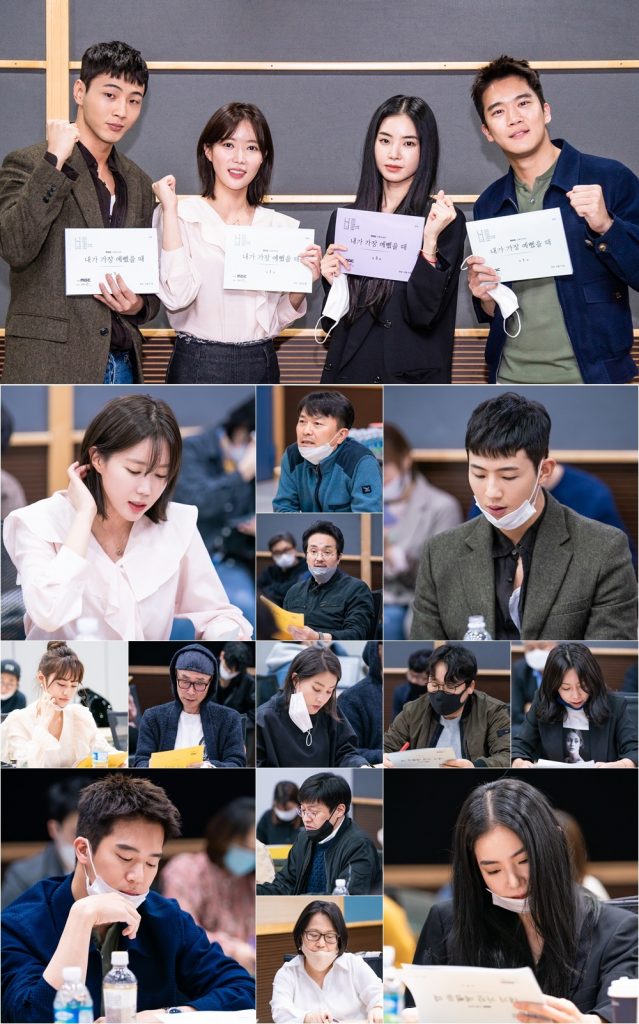 The first script reading took place at MBC in Ilsan, Gyeonggi Province last April. Director Oh Kyung Hoon said, “It feels fresh. I hope we can get together as a team for half a year, smile at each other, and make good results together.” Meanwhile, scriptwriter Cho Hyun Kyung expressed, “I hope the drama will be a happy one.”

The production team remarked,  “The actors’ passionate performances and harmony remind us of the real scenes. We are gearing for the most memorable drama for viewers this summer so please look forward to it.”

MBC’s When I Was The Most Beautiful will premiere in August.