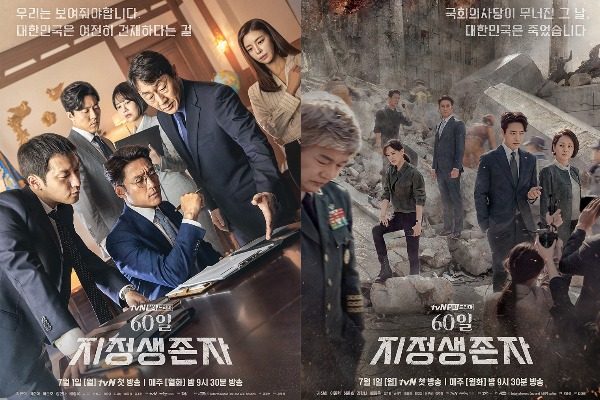 A political thriller is set to fire up your Monday and Tuesday nights starting July 1.

Designated Survivor: 60 Days is the Korean adaptation of the US TV series Designated Survivor starring Kiefer Sutherland. The Korean version follows the same plot line, but with a few changes and additions. When a tragedy strikes and shakes up the nation’s political hierarchy, one man will be forced to take the highest seat, lead his country and figure out the motive behind the atrocity. 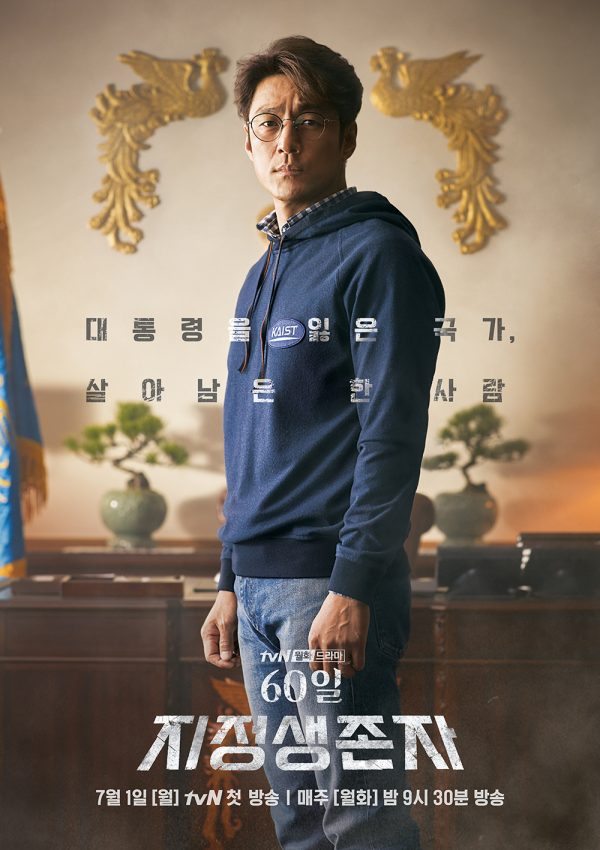 A targeted attack on the National Assembly, the center of Korean politics, claimed the lives of the President, Prime Minister, Speaker of the National Assembly, State Council members and those next in the line of political succession. While the nation is grappling with the loss and shock from the horrific event, one man’s life is going to change. Park Moo Jin, who is next line, will be thrusted into the highest position and will have a front row seat in the political power play.

With the country in need of a leader and answers, Park Moo Jin will try his might to serve as the country’s President and uncover the motive behind the attack on the National Assembly. He is given sixty days as the interim President and he will face several challenges, both on political and personal fronts.

Before the shocking incident happens, Park Moo Jin holds the position of Minister of Environment. He is a scientist and a Chemistry Professor at KAIST (Korea Advanced Institute of Science and Technology) Department of Environmental Science. He is a married man with two children and has no political ambition whatsoever. He relies on facts and scientific data and he only wants to be true to his nature as a family man and a scientist. 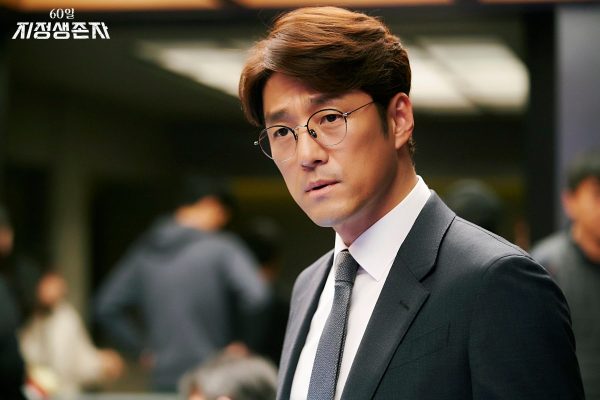 When President Yang Ji Man appoints him as a minister, he reluctantly agrees as he thinks that he could further give voice to environmental concerns if he accepts. However, he soon discovers that his position and appointment is a mere tool to help in the President’s approval rating, which experienced a recent slump. With the President’s demise, Park Moo Jin will inadvertently step up and take his role.

Han Joo Seung is the Chief Presidential Secretary. He represented President Yang Ji Man in a meeting for a peace agreement with North Korea. The unfortunate incident happened just as he returned to the country. A long-time friend of President Yang, he has been with him all through his political career. He was preparing for the US-Korea summit with President Yang on the day of his son’s death, but no one in the Blue House, even the President knew that fact. 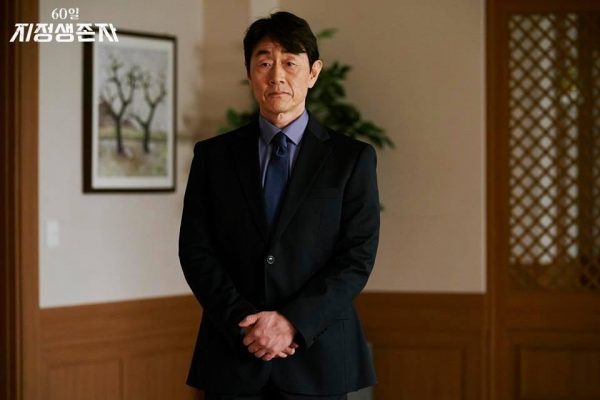 He is a strict follower of rules and has an upright character, but he is respectful to everyone. Han Joo Seung will try to support Park Moo Jin in his temporary role. But having worked with an experienced politician, he soon realizes that Park Moo Jin has a lot of things to learn. He is unsure if he can turn things around, given the limited time he has as acting President.

He is the Secretary General who works behind the scenes. He has a sharp vision and always takes responsibility for his work. Despite his young age, interest in politics and the power it holds, he does not want to take the front seat. He is good at image management and communication. He will have to work with Park Moo Jin and soon clashes with him. With his work solely focused in creating the best image of the President, he finds Moo Jin a little embarrassing. He starts to wonder about the man who just became South Korea’s leader. 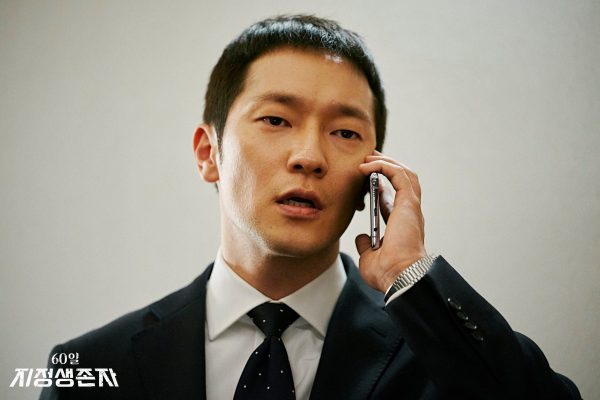 He is a charming independent member of the National Assembly who is a born leader. He is confident, full of energy and thrives in the world of politics. A graduate of the Naval Academy, he is a sort of a living legend with stories surrounding his naval career. He is a man who devotes his time to serving the community. Naturally attracted to power, he is the complete opposite of Park Moo Jin. 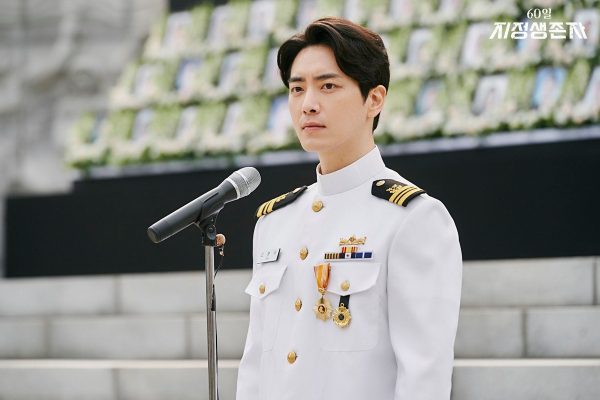 She started her career as a policy advisor to the National Assembly and quickly moved up the political ladder. She is the representative of the current opposition party and politicians, especially women, look up to her. Bae Jong Ok mastered the art of negotiation or intimidation, through her long exposure to politics. When President Yang dies, she firmly believes that she is the only one capable of replacing him. 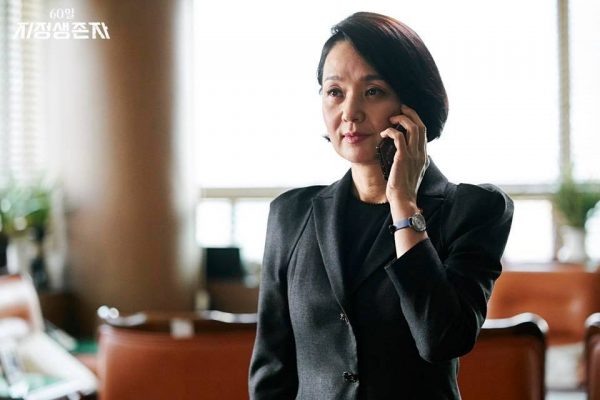 Working behind the scenes is PD Yoo Jong Sun. He directed hit dramas like What’s Wrong with Secretary Kim and Descendant of the Sun. He takes on the directing duties for the upcoming series. Meanwhile, screenwriter Kim Tae Hee, who worked on dramas Beautiful Mind and Sungkyunkwan Scandal, wrote the script.

Major Difference from the original series

While the Korean remake keeps the original narrative, there is one key difference. In the US series, after the explosion in the Capitol Building which killed the President and those next in line, Kiefer Sutherland’s character became the President of the United States. In Designated Survivor: 60 Days, however, Park Moo Jin assumes the position as an interim President. Apart from being the acting President, the Korean adaptation also sets a specific time frame for him to rule, as the government intends to hold an election after sixty days.

Designated Survivor: 60 Days airs on July 1 via tvN at 9:30PM KST. The series will also be available through streaming platform Netflix.

Images and videos from tvN.