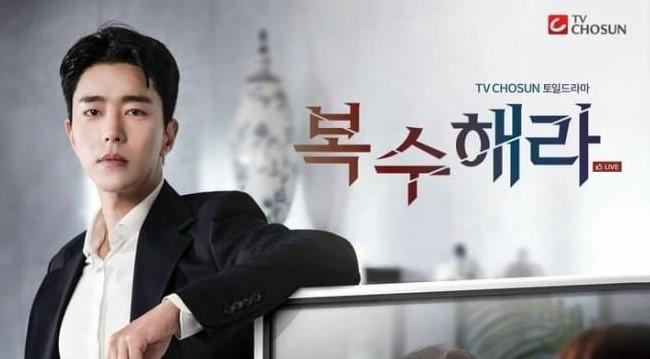 Get Revenge promises to take the viewers into a convoluted narrative filled with dark schemes and unfathomable grudges.

TV Chosun’s upcoming drama offering ventures into the world of vengeful ploys. Titled Get Revenge, it will detail a riveting narrative centered on the cunning thirst to get even.

The drama aims to explore the complexities of human consciousness devoured by intense passion to avenge a tragic plight. 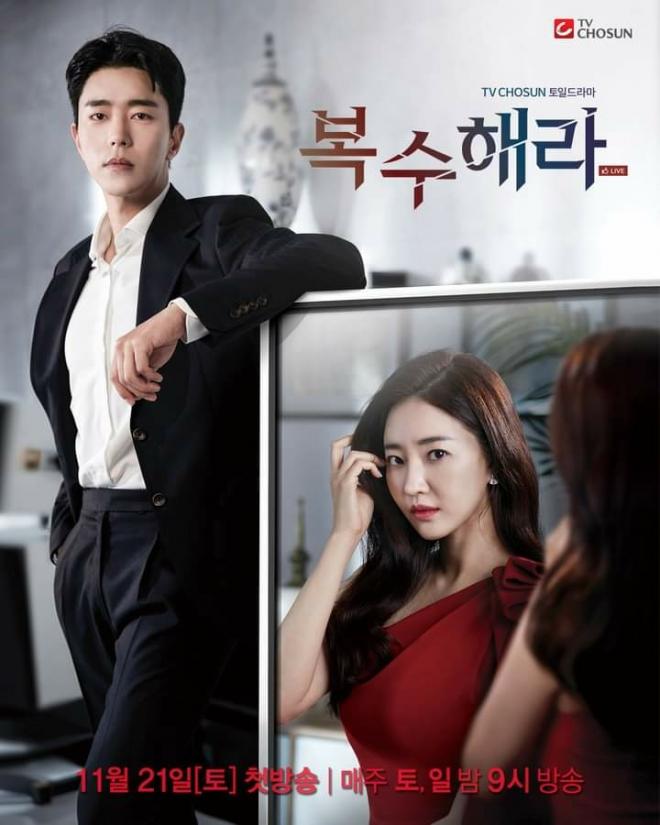 Revenge follows the story of the two protagonists who have been victims of unfair circumstances. And after carefully devising their respective plans, they are about to exact their vengeance against their tormentors.

Kim Hae Ra (Kim Sarang) is an underappreciated reporter in one of the biggest Korean news agencies. She puts premium standard into her work, but her laudable efforts go unnoticed. Tables have turned when she marries an elite and famous personality. With her status rising into the peak of the social class, she instantly becomes one of the hottest influencers in the country.

Unexpectedly, a false scandal destroys her image beyond repair. Her reputation falls into a bottomless pit that she becomes a despised social figure. Motivated to redeem herself, she devises a vengeful scheme against her tormentors.

Cha Min Joon (Yoon Hyun Min) is a top-notch lawyer with 100 percent success rate. His cold-blooded character sprung from the tragic fate of his family in the hands of sinister people. Since then, he has been motivated to put his skills into nothing but revenge. 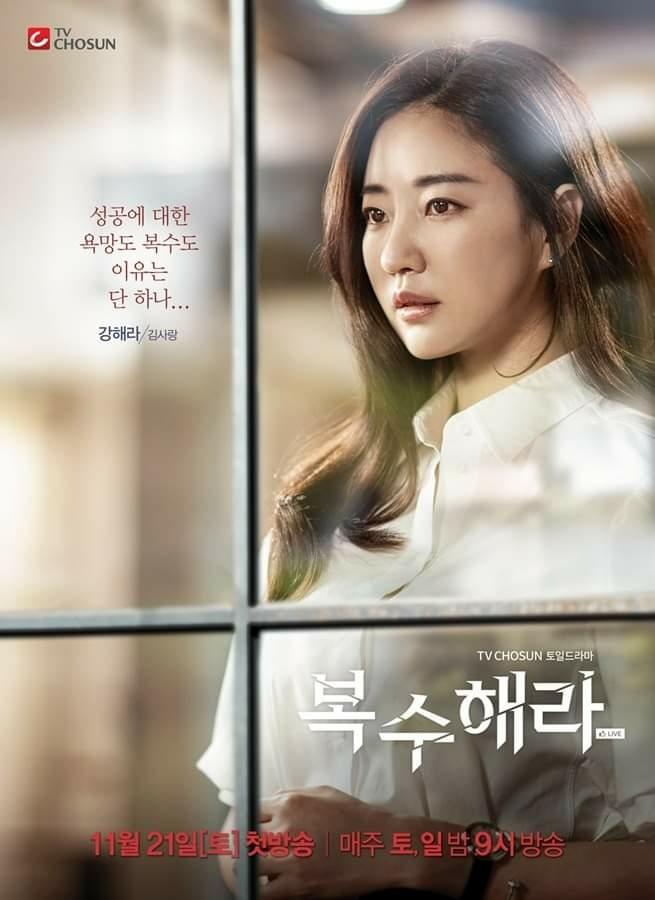 A wronged woman who is seeking for retribution. Her childhood backdrop showed a humble upbringing. She worked hard as a news reporter and tried her best to climb to the top of the hierarchy in her chosen career. Unfortunately, her superiors deliberately overlooked her hardwork.

After a life-changing marriage, she became a well-known social figure. But her life in luxury and comfort was short-lived because of a false scandal that damaged her character. 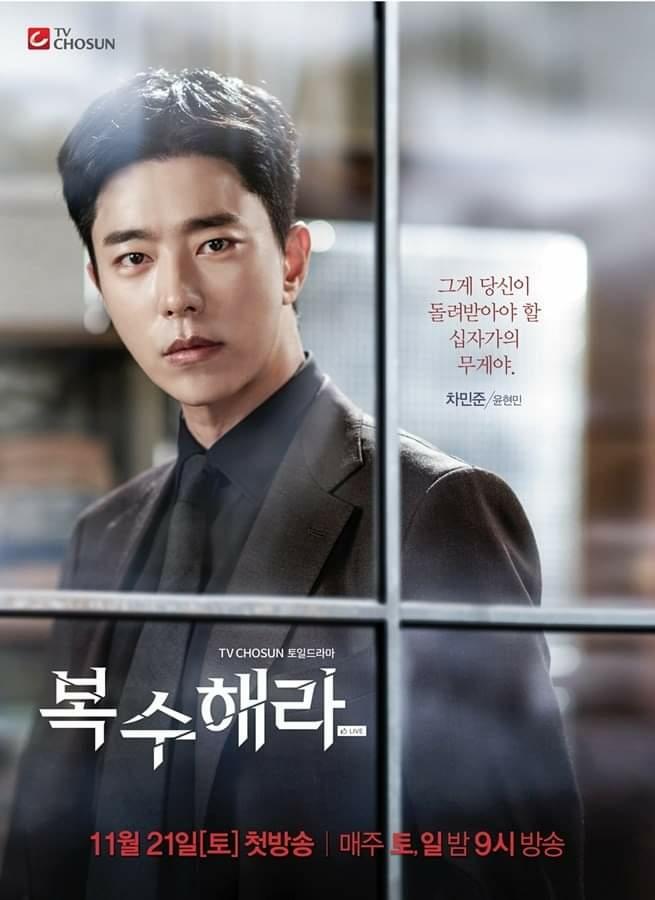 An ace in the legal world, he has never experienced losing a case in court all his life. But his exceptional intellectual gift will be used for his plan to get even with the people who have thrown his family into ruins. 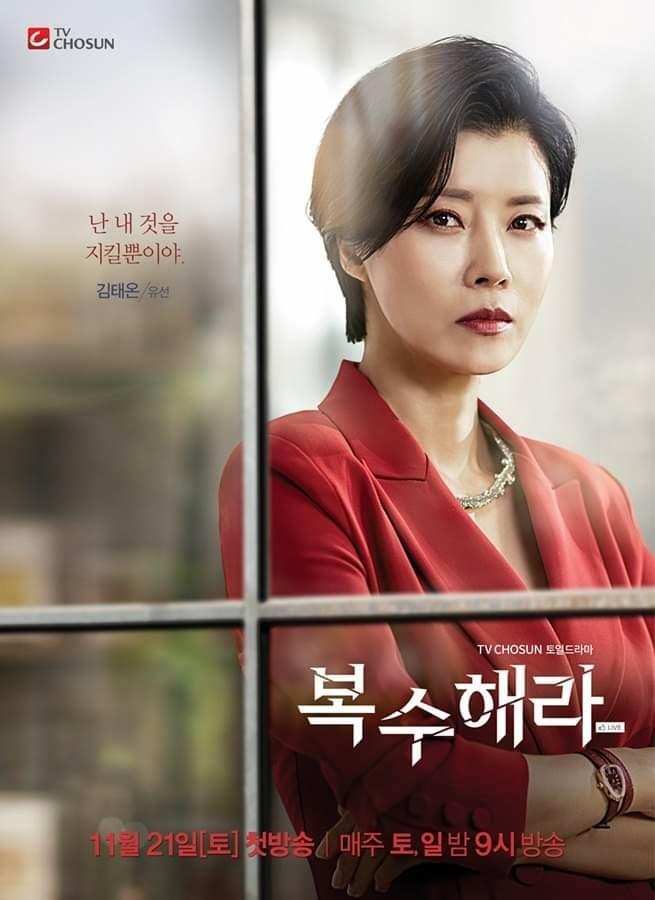 Growing up with a wealthy upbringing, she always has an easy way to everything. However, material abundance does not compensate for the lack of affection from her father. While she is the sole heiress to the FB Group, she still exhibits greediness for power and money. The presence of an unexpected person will reveal an even darker side of her character. 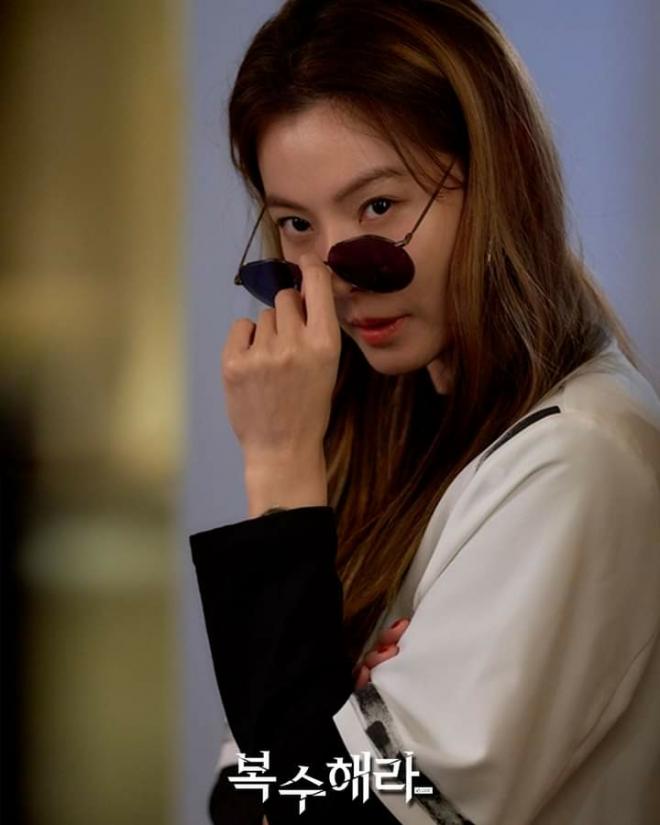 A skilled and dedicated detective, she lays everything on the line to get her job done. A case she is handling is about to make or break her career.

PD Kang Min Goo spearheaded the production team of Get Revenge. His masterpieces include Itaewon Class, one of the biggest hit series this year.

He worked alongside screenwriter, Kim Hyo Jin, who penned this drama.

Get Revenge is scheduled to premiere on November 21 via TV Chosun.